Texas executed Larry Swearingen for a 1998 Texas slaying. His lawyer says bad science got him on death row. 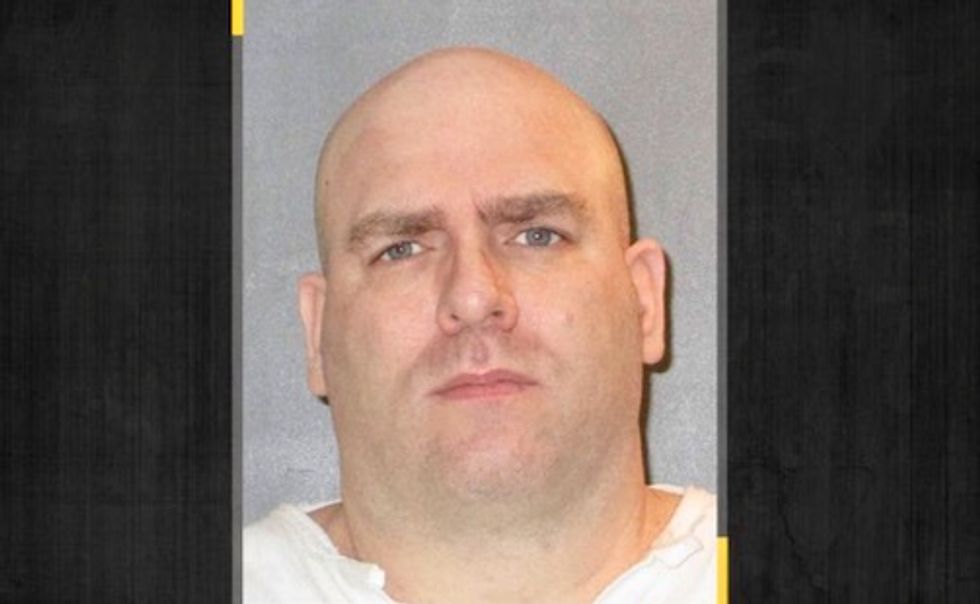 Swearingen consistently maintained his innocence in the strangling death of 19-year-old Melissa Trotter. Texas prosecutors, however, had no doubt he was her killer.

For decades, a staunch claim of innocence and doubts over forensic science engulfed the death penalty case of Larry Swearingen. On Wednesday, he was executed in Texas' death chamber.

The 48-year-old man lived on death row for nearly two decades, consistently expressing his innocence in the 1998 strangling death of Melissa Trotter, a 19-year-old community college student in Montgomery County he had said was his friend. Multiple state courts had previously taken five execution dates off the calendar over the years to look into different issues surrounding Swearingen’s conviction, but prosecutors and Trotter’s family remain firmly convinced he was her killer.

After a late appeal was denied by the U.S. Supreme Court minutes before his scheduled execution time of 6 p.m., Swearingen was taken into the execution chamber in Huntsville and connected to an IV.

“Lord forgive them. They don’t know what they are doing,” Swearingen said into a microphone hanging above his head.

At 6:35 p.m., he was injected with a lethal dose of pentobarbital, according to the Texas Department of Criminal Justice. The Houston Chronicle reported that Swearingen said he could "taste it" and described a burning in his arm. He was pronounced dead at 6:47 p.m.

Swearingen only had a spiritual adviser present at his execution, watching through a glass pane in a small viewing room, according to a TDCJ witness list. Trotter's parents, brother, grandfather and uncle stood in an adjacent room.

Trotter had been missing for weeks before her body was found by hunters in the Sam Houston National Forest on Jan. 2, 1999, with a leg from a pair of pantyhose tied around her throat. Law enforcement had already pegged Swearingen as the main suspect in her disappearance, arresting him on unrelated traffic warrants three days after Trotter had last been seen with him on Dec. 8, 1998. Based on what judges have since called a mountain of circumstantial evidence, he was convicted and sentenced to death in 2000.

Swearingen and his legal team relentlessly fought his conviction and death sentence, gathering numerous scientists who concluded that, based on the condition her body was in when it was found, Trotter was killed within two weeks of being found — more than a week after Swearingen was already behind bars. They also argued against the science used by state experts who matched a leg of pantyhose in his home to the piece used to strangle Trotter. And they balked at the courts’ dismissal of blood flecks found under Trotter’s fingernails that did not match Trotter nor Swearingen.

“They are going to execute someone that the legitimate forensic science has proven innocent,” said James Rytting, Swearingen’s attorney, Tuesday. “And the execution is going through on the basis of other forensic science that is borderline quackery — in fact it is quackery.”

Swearingen said in a written statement given to The Washington Post before his death that "Texas murdered an innocent man," and he hoped his death "can be a catalyst to change the insane legal system of Texas which could allow this to happen."

The Montgomery County district attorney’s office, however, has zero doubt that Swearingen was Trotter’s killer. Kelly Blackburn, the office’s trial bureau chief, recited a laundry list of circumstantial evidence prosecutors obtained to secure and uphold Swearingen’s conviction, including cell phone records that put him near the spot Trotter’s body was found, her hair in his truck, and some of her school papers being found near his parents’ home.

Blackburn also noted Swearingen’s actions after Trotter’s disappearance — saying he falsely reported a burglary when he and wife came back to their home in disarray. Trotter’s brand of cigarettes and a lighter were inside, even though neither Swearingen nor his wife smoked. And Swearingen also wrote an anonymous letter in Spanish with details of the crime scene to pull suspicion away from him. Swearingen later admitted to writing the letter, claiming the details came from an autopsy report he read. Blackburn said Tuesday some of the details were only known by police at the time.

“When you look at all the forensic evidence, and then all of the other circumstantial evidence...the only person who has ever been tied to this murder is Larry Swearingen,” he said.

The main conflicting points involving forensic science in Swearingen’s case were Trotter’s time of death, the matching of pantyhose and blood flecks found with her fingernail scrapings. The courts had long looked into the issues, sending Swearingen’s case back for reexamination several times and cancelling five previously-scheduled execution dates.

Swearingen brought forward multiple forensic experts who contested the state’s theory that Trotter was killed on the day she went missing after being seen with Swearingen, 25 days before her body was found — including the original medical examiner who said as much at trial. They instead said her body was decomposed to the point she would only have been dead for about two weeks. Blackburn said those expert statements don’t stand up to scrutiny, and that other factors, like the temperature and her body shape, needed to be taken into consideration. He said the temperature was below 30 degrees for 12 of the days she was missing.

Most recently, Swearingen filed appeals relating to the pantyhose and blood flecks, bringing forward new letters the Texas Department of Public Safety crime lab director sent to his attorneys in the last month. Swearingen argued the letters contradict testimony from trial that led to jurors convicting him in Trotter’s murder.

Brady Mills with DPS wrote in a July letter that, if the DPS criminalist at trial were to testify today, she would still report that the two pieces of pantyhose found in Swearingen’s home and on Trotter’s neck were once connected, but she would exclude the statement she made in 2000 that they were a match “to the exclusion of all others” because the agency’s terminology has changed and that association is no longer made.

Rytting said the pantyhose matching is an example of “quackery,” and said the pieces did not match at first but were “pushed and pulled” until they did. Blackburn emphasized though that Mills’ letter didn’t contradict the original testimony, and said the two pieces of fabric were an easy match.

“No reasonable person would believe that they did not come from the same pair of pantyhose,” he said.

A second letter from Mills, however, stated a DPS witness should have given a “more appropriate answer” regarding blood flecks found on Trotter’s fingernails after they were submitted to the agency. The lab analyst at trial said the blood, which Blackburn said amounted to a the size of a pinpoint, possibly came from contamination in the lab — not the crime scene. She said this was because the brighter color and composition of the blood indicated it was from after her death.

Mills said the analyst didn’t have enough information of the collection and storage process to make that opinion, and that the blood could have come from contamination or the actual evidence.

Rytting says the blood points to another man as Trotter’s murderer, adding that witnesses came later came forward to say she had been afraid of someone else who was threatening to kill her.

The courts rejected those appeals, with a federal appellate court on Friday nodding to an earlier ruling from the Texas Court of Criminal Appeals regarding the blood flecks.

“We are not persuaded that results showing the presence of another DNA donor in the fingernail scrapings would overcome the ‘mountain of evidence’ of the [Swearingen’s] guilt…” wrote the Texas court in 2014. “There are many ways someone else’s DNA could have ended up in the victim’s fingernails.”

Swearingen also filed a last-minute appeal in federal court arguing against Texas’ lethal injection methods, asking for testing of drugs whose expiration dates have been extended after retesting or an alternative execution method of a firing squad. That appeal was denied by the district court Tuesday.

Swearingen was the fourth person executed in Texas this year, and the 12th in the nation. Eleven other men are scheduled for execution in Texas through December.