'A protocluster is a rare and special system': Scientists discover oldest galaxy cluster 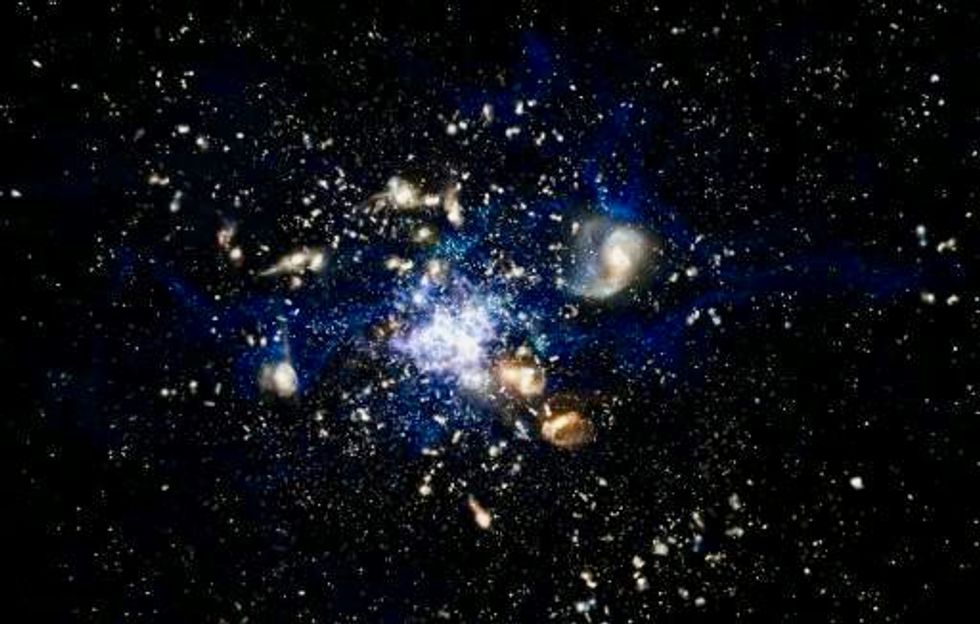 Astronomers have discovered a 13-billion-year-old galaxy cluster that is the earliest ever observed, according to a paper released Friday, a finding that may hold clues about how the universe developed.

Such an early-stage cluster -- called a protocluster -- is "not easy to find", Yuichi Harikane, a researcher at the National Astronomical Observatory of Japan who led the international team, said in a press release.

"A protocluster is a rare and special system with an extremely high density," Harikane said, adding that the researchers used the wide viewing field of the Subaru telescope in Hawaii to "map a large area of the sky" in their search.

The discovery of the protocluster, a collection of 12 galaxies, suggests that large cosmic structures were present in the very early stages of the universe, which scientists believe was born 13.8 billion years ago.

One of the 12 galaxies is known as Himiko, a giant gas cloud found in 2009 by using the same telescope.

"It is reasonable to find a protocluster near a massive object, such as Himiko. However, we're surprised to see that Himiko was located... on the edge 500 million light-years away from the center," the paper's co-author Masami Ouchi said.

"It is still not understood why Himiko is not located in the center," he said.

"These results will be key for understanding the relationship between clusters and massive galaxies."

The team included scientists from Imperial College London and the study is published in Friday's Astrophysical Journal.