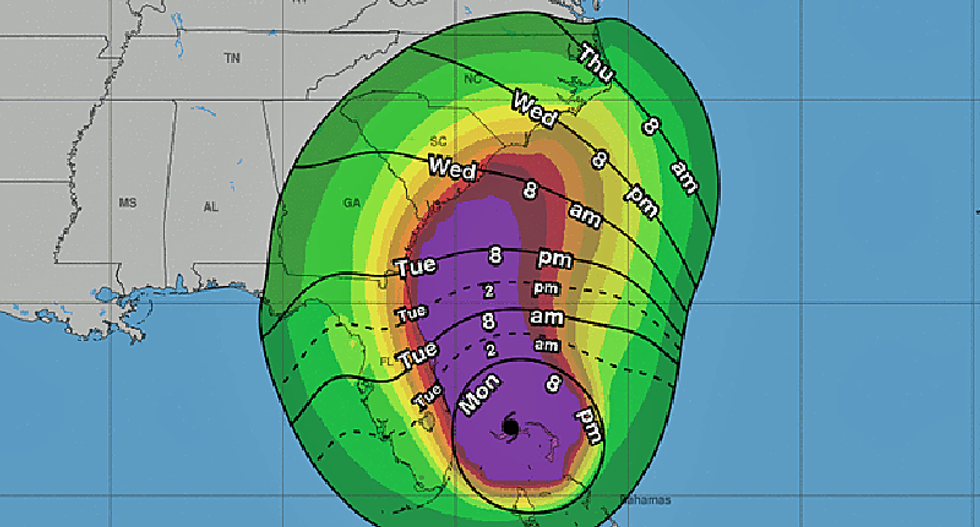 "Thus far, the Royal Bahamas Police Force has confirmed that there are five deaths in Abaco," Minnis told a news conference, referring to the islands where Dorian made landfall as a Category 5 storm on Sunday, packing blistering winds of 290 kilometers per hour (185 miles per hour).

"Teams will go to Abaco as soon as possible for a full and proper assessment and identification," he said.

As Dorian ground to a standstill, pounding Grand Bahama further to the west of the island chain, the Bahamas tourism and aviation ministry announced the start of rescue operations "in parts where it is safe."

For many, the wait for help to arrive has been terrifying.

A text message seen by AFP from a woman named Kendra Williams, who lives on Grand Bahama said: "We are under water; we are up in the ceiling. Can someone please assist us or send some help. Please. Me and my six grandchildren and my son, we are in the ceiling."

Abaco resident Ramond A. King captured scenes of devastation in footage provided to AFP, showing flooded streets strewn with trees and downed power lines and at least one home washed clearly away.

"Look at this," he can be heard saying. "We need help, everything down. Everything down. Look at my roof off, my house. I still got life. Thank God for life. I can rebuild."

"The tornado came from around this side... My neighbor used to live there. His house ain't even there."

At 2100 GMT, the hurricane was virtually stationary, the NHC said, whipping the Caribbean island with torrential rains and winds of 145 miles per hour.

"People who thought they were safe are now calling for help," Rigby said. "My best friend's husband is stuck in the roof of their house with seven feet (2 meters) water below."

Initial Red Cross estimates were that 13,000 buildings may have been damaged or destroyed by Dorian, officials in Geneva said.

Video posted on the website of the Bahamian newspaper Tribune 242 showed water up to the roofs of wooden houses in what appeared to be a coastal town. Capsized boats floated in muddy brown water dotted with wooden boards, tree branches and other debris.

The NHC forecast an 18 to 23 foot storm surge above tide levels in parts of Grand Bahama, accompanied by large and destructive waves.

Water levels in the Abacos, swamped by a similar surge Sunday, were expected to slowly subside.

"On this track, the core of extremely dangerous Hurricane Dorian will continue to pound Grand Bahama Island into Tuesday morning," the NHC said.

All three eastern US states have ordered coastal residents to evacuate, affecting close to a million people. Neighboring North Carolina has also declared a state of emergency, as has Virginia farther north.

Senator Rick Scott wrote on Twitter that "a slight wobble West" would bring the storm "on shore with devastating consequences."

"It makes me sick. I don't like it," he told AFP as he stepped outside for air before the storm closes in.

"I've been through seven or eight of them since I've been in Florida, since '73. And, they're all the same, you know. Tear everything up, put it back together.

"But, I chose to live here so I might as well live with it, you know."