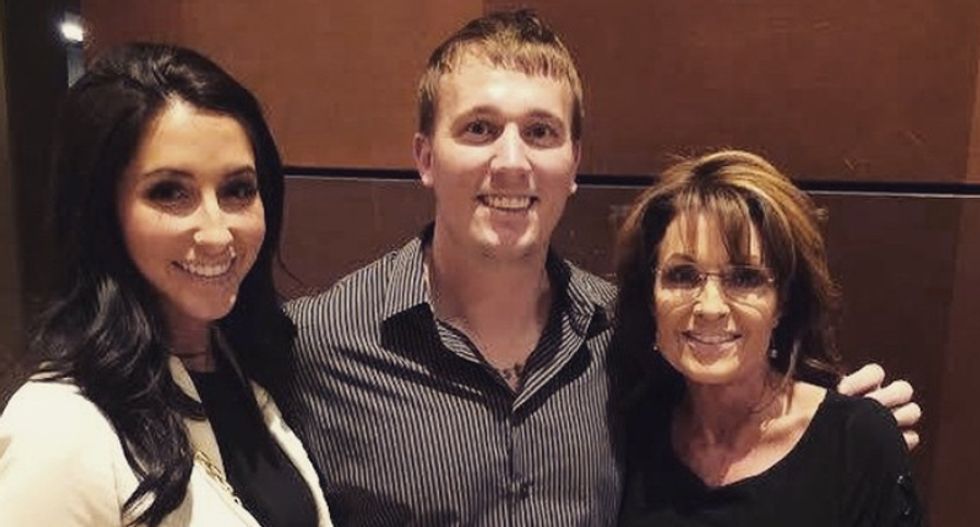 The Palin family drama got worse Monday, after it was revealed patriarch Todd was leaving his famous wife.

After Todd Palin filed for divorce and the story became public, Bristol Palin's ex-husband, Dakota Meyer posted a cryptic message on Instagram about the family.

The photo features a tattooed man holding a longbow. The text on the photo reads: “A man should understand he doesn’t protect his woman because she is weak. He Protects her because she is IMPORTANT.”

“Exactly. We need more of this," said Meyer as his caption.

You can see his photo below:

Exactly. We need more of this.