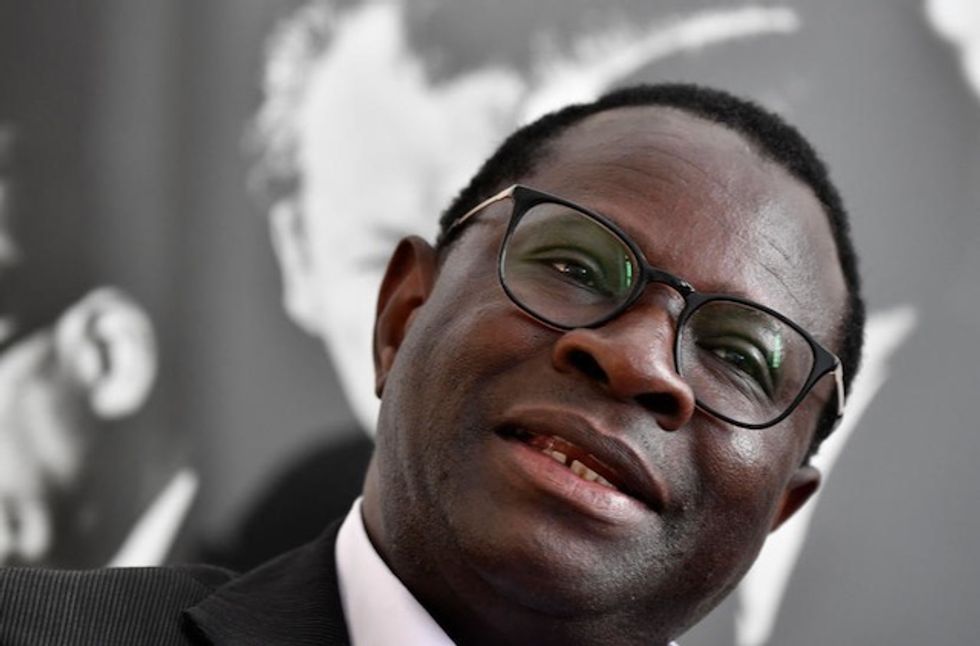 Germany's only black MP reported finding "bullet holes" in the windows of his constituency office Wednesday, adding to fears that the country's politicians are facing increasing levels of intimidation and violence.

Karamba Diaby, a lawmaker for the centre-left Social Democratic Party (SPD), posted about the attack on Twitter, saying police and security services were investigating. He attached a photo showing three impact points on a pane of glass.

"One window with my face on it has several bullet holes," he said.

Citing police sources, news site Spiegel Online reported that the projectiles did not penetrate the second pane in the double-glazed window.

"We will continue standing by your side for a free, tolerant and diverse democracy," he added.

The incident comes as German politicians at all levels increasingly become targets of violence, with police statistics suggesting that most suspects were linked to the far right.

Police figures gathered by weekly Welt am Sonntag this week showed significant increases in such acts in many of Germany's 16 states last year.

Attacks on politicians and officials in Thuringia and Saxony, both neighbouring states to Diaby's home in Saxony-Anhalt, more than doubled year-on-year, to 101 and 197 respectively.

The prime suspect in the killing has far-right beliefs.

There have been three high-profile resignations by mayors in recent months after death threats and attacks on their cars, in western states Bavaria and Lower Saxony as well as Saxony in the former communist east.

And one mayor in North Rhine-Westphalia has made headlines in recent days after applying for a license to carry a weapon in self-defence.

Police said Wednesday they had also been called out to the Thuringia state parliament, where Bjoern Hoecke, a prominent member of the far-right AfD party, received a letter full of powder that later proved to be harmless.

Born in Senegal, Diaby moved to then-communist East Germany in the 1980s after winning a scholarship to study there.

In a 2017 interview with AFP, he recalled experiencing racism both before and after the fall of the Berlin Wall and German reunification in 1989-90, suffering a beating from neo-Nazis in 1991.

But he went on to get his doctorate in chemistry, marry a German, and in 2001 obtained German nationality.

He has represented the city of Halle since 2013, defending his seat in 2017 even as the anti-immigrant AfD entered parliament for the first time.