'Pathological': Trump administration slammed for saying Coronavirus outbreak will bring jobs back to US 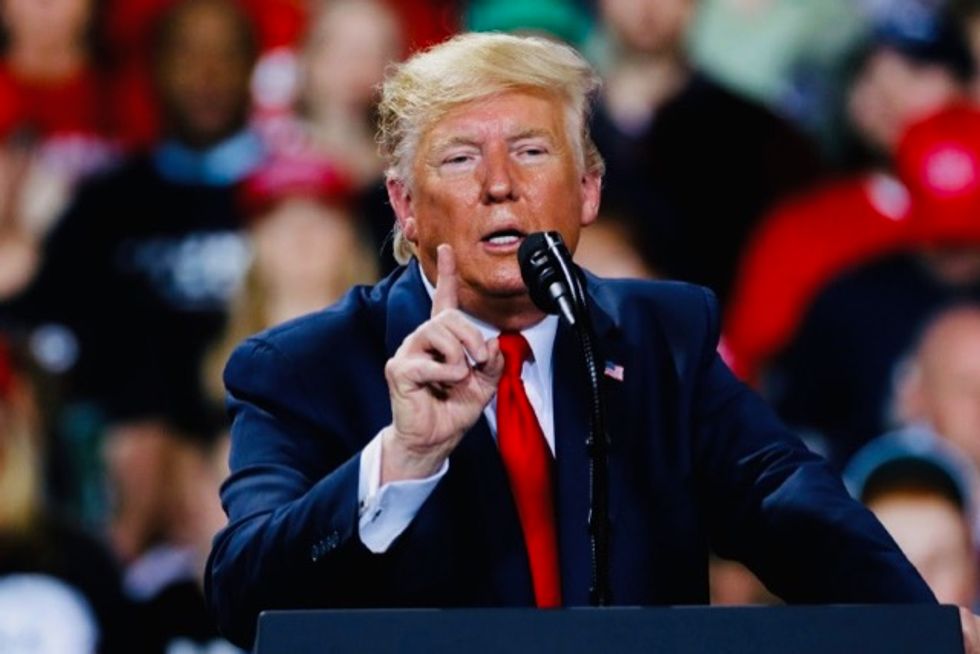 President Donald Trump's Commerce Secretary Wilbur Ross, whose job reportedly was on the chopping block last year but somehow managed to keep it, just announced his belief that the deadly and fast-spreading coronavirus will bring jobs back to the U.S.

The coronavirus has killed 170 people and there are 7711 verified cases. Death updates are coming sometimes several times a day and in the double digits.

But Secretary Ross found a way to put a positive spin on it.

"Every American's heart has to go out to the victims of the coronavirus," Wilbur told Fox Business' Maria Bartiromo, "So I don't want to talk about a victory lap over a very unfortunate and very malignant disease."

"But the fact is it does give businesses yet another thing to consider when they go through their review of their supply chains," he said, pivoting.

"So I think it will help accelerate the return of jobs to North America. Some to U.S., probably some to Mexico."

Bartiromo was only too happy to support Ross: "Oh, that's a good point."

There is little movement of jobs returning to the U.S. from China because the U.S. cannot compete with the exceptionally low wages and poor working conditions in China.

Many were immediately outraged and disgusted.

Good God, these people are monsters. All of them. Every single one of these fuckers in the Trump admin. What sou… https://t.co/5PrVl6cbpV
— HawaiiDelilah™ (@HawaiiDelilah™) 1580390718.0

The conclusion that a deadly pandemic is actually good because it will destroy China is a perfect distillation of T… https://t.co/4KXp3JFH2R
— Aaron Rupar (@Aaron Rupar) 1580388796.0