'I Bough...—I, I Got Them': Bloomberg Almost Admits to Buying Members of Congress 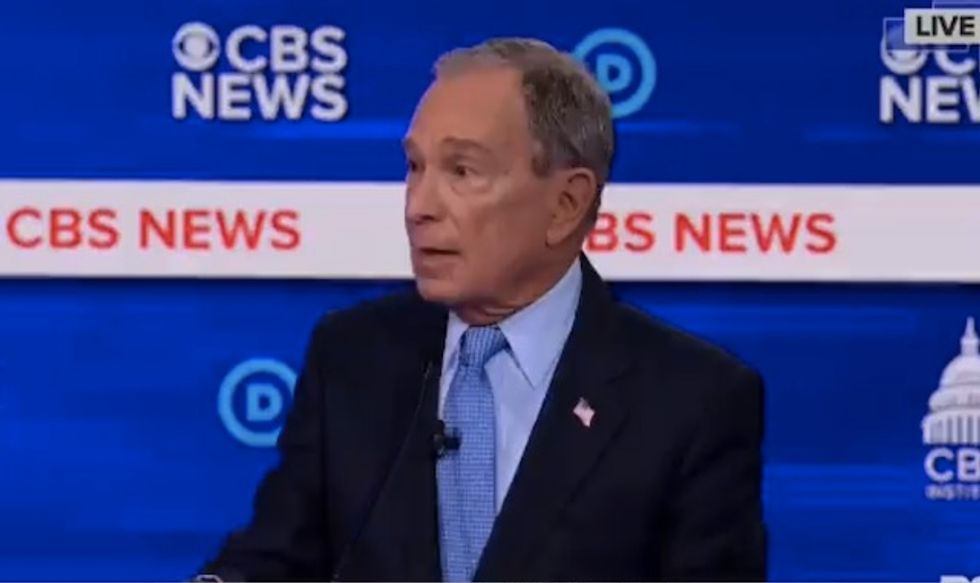 "When people show you who they are..."

Billionaire businessman Michael Bloomberg almost said during the Democratic presidential debate in South Carolina Tuesday night that he "bought" the 21 freshman members of Congress he financially supported in the 2018 midterm elections.

"Let's just go on the record. They talk about 40 Democrats," Bloomberg said, referring to the number of House seats Democrats gained in 2018. "Twenty-one of those are people that I spent a hundred million dollars to help elect. All of the new Democrats that came in and put Nancy Pelosi in charge and gave the Congress the ability to control this president, I bough—...I, I got them."

Critics seized upon Bloomberg's "Freudian slip" as evidence of the billionaire's outsized influence on the U.S. political process and belief that he has control over the politicians who take his money. The former New York City mayor has already spent more than $400 million of his personal wealth on advertising thus far in the 2020 Democratic presidential primary.

"When people show you who they are..." tweeted TIME editor-at-large Anand Giridharadas.

Rep. Ayanna Pressley (D-Mass.), who was elected to the House in 2018, wrote in response to Bloomberg's remarks, "Let the record reflect you did not and cannot buy my seat."