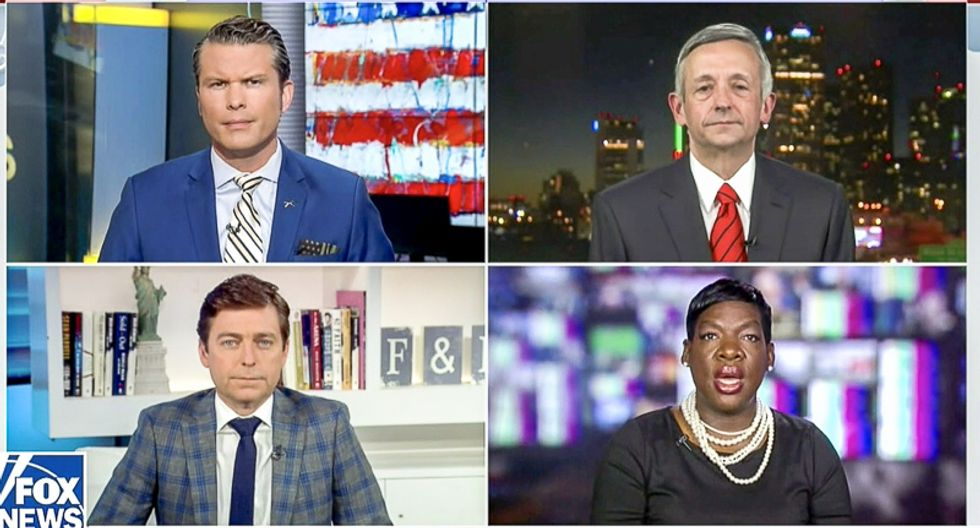 Conservative religious pundits on Fox News recoiled in outrage on Sunday after a left-leaning guest suggested that Jesus Christ was "more of a socialist" than a capitalist.

During a Fox & Friends segment designed to cast doubt on the faith or Democratic presidential candidates, evangelical pastor Robert Jeffress argued that socialism is "antithetical to Christianity."

But St. Paul Reverend Dee Dawkins-Haigler reminded the other panelists that scriptures seemed to point to what people now call socialism.

"We believe in things like, what did you do to the least of them?" Dawkins-Haigler explained. "You fed the hungry, you clothed the naked, you went to see those who are in prison."

"You do not have to be a socialist to be a Christian!" Jeffress shot back. "Socialism is antithetical to Christianity and if they nominate Bernie Sanders, they are not going to be able to attract any faith voters."

"I totally disagree," Dawkins-Haigler retorted. "People would have said that Jesus was more of a socialist than anybody we're talking about today."

"Why was Jesus a socialist?" he exclaimed.

"Because Jesus did not sit with the establishment, he overturned tables of the tax collectors, he sat with people who were lepers," Dawkins-Haigler explained. "He made sure he healed people who people thought should not have been healed."

"So we have to be very careful how we use this language and try to take ownership of who God is," she added.