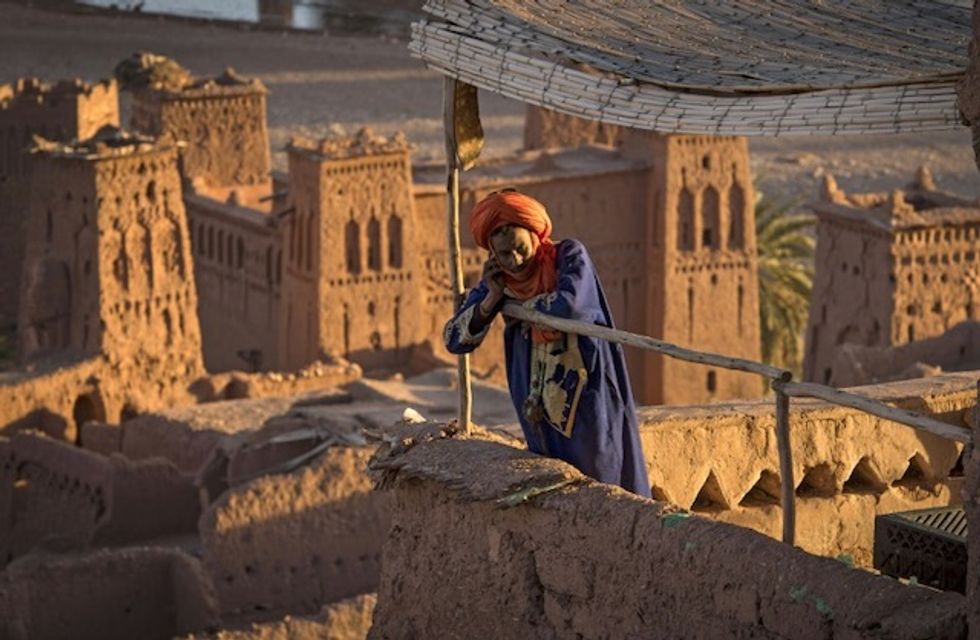 Millions worldwide may have seen the desert fortress in the hit fantasy series "Game of Thrones", but fewer know they can visit the Moroccan village of Ait-Ben-Haddou.

The fortified old settlement at the foot of the majestic Atlas mountains enchanted audiences in the HBO series and also served as a dusty backdrop in Ridley Scott's epic swords-and-sandals film "Gladiator".

But unlike other famous locations from movie and television history, this UNESCO World Heritage Site has so far missed out on a mass influx of tourism -- something some of its inhabitants are eager to change.

"Several people have told me that they came here to see the filming location of 'Game of Thrones'," said Ahmed Baabouz, a local tour guide. "There is tourism linked to cinema here but frankly we have not developed it to the extent it could be."

Ait-Ben-Haddou is southern Morocco's most famous fortress. Time seems to have stopped at the site overlooking a valley some 30 kilometres (18.6 miles) from the town of Ouarzazate.

After passing through the imposing entrance way, visitors navigate a labyrinth of winding alleys that eventually lead onto a public square where the settlement's inhabitants once gathered.

There is a mosque and two cemeteries -- one for Muslims and one for Jews. Most inhabitants have long since departed though, with a few homes converted into stalls selling handicrafts.

The fortress is an ideal film setting, located a short distance from the studios of Ouarzazate, the "Mecca" of Moroccan cinema. Productions ranging from "Lawrence of Arabia" to "The Mummy" have been filmed here.

More recently, scenes from the cult series "Game of Thrones" were shot at Ait-Ben-Haddou, with the site standing in for the fictional Yellow City of Yunkai which is conquered by Daenerys Targaryen, a key character in the "GOT" universe.

Hammadi, 61, is a privileged witness to the location's cinematic history.

"All of these productions have contributed to the reputation of the region," he said, grinning widely.

Hammadi himself has appeared as an extra in a number of films. And while like most people he lives in a more modern home in a village on the other side of the valley, he continues to return to Ait-Ben-Haddou to welcome tourists.

On a wall at the entrance to Hammadi's former home, photos bear witness to the projects he has worked on.

One shows him dressed as an ancient Roman with director Ridley Scott on the set of "Gladiator".

"We have a very rich cinematic heritage that we hope to use to attract tourists," said tour guide Baabouz, who is 29.

But "nothing indicates that 'Game of Thrones' was shot here," he added.

On Morocco's Atlantic coast, the city of Essaouira also formed the backdrop to scenes from the series.

But there too, Moroccan tourism promoters are yet to capitalise on the connection.

In comparison, Northern Ireland, Malta and Dubrovnik in Croatia have attracted hordes of fans from around the world, drawn by their links to the franchise.

To remedy this, Baabouz and other young people in the village are pooling their limited resources towards an ambitious project: a museum in the fortress, gathering photography from the productions that have been filmed here.

US channel HBO has commissioned a prequel to "GOT", called "House of the Dragon". George R.R. Martin, the author of the books on which the series is based, wrote on his blog that shooting would also take place in Morocco.