Coronavirus can survive on some surfaces for days: study 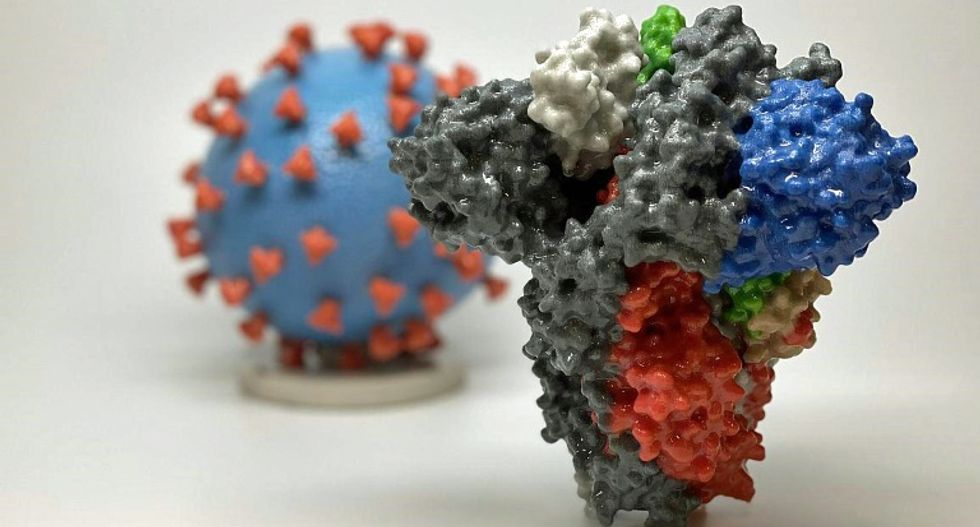 The novel coronavirus can survive on some surfaces for days or in the air for several hours, according to a US-government funded study published Tuesday.

Scientists found that the virus that causes the COVID-19 disease had similar levels of viability outside the body to its predecessor that caused SARS.

This means that other factors like greater transmission between people with no symptoms might be why the current pandemic is far greater than the SARS outbreak of 2002-2003.

The new paper was published in the New England Journal of Medicine (NEJM) and carried out by scientists from the Centers for Disease Control and Prevention (CDC), University of California, Los Angeles and Princeton.

The new coronavirus was detectable for up to four hours on copper and two to three days on plastic and stainless steel, and for up to 24 hours on cardboard.

The team used a nebulizer to simulate a person coughing or sneezing, and found that the virus became an aerosol -- meaning its particles became suspended in the air -- making it detectable for almost three hours.

The study was first posted on a medical pre-print website last week before it was peer-reviewed, and attracted much attention, including some criticism from scientists who said that it may have overstated the airborne threat.

The virus is predominantly transmitted by respiratory droplets and in this form it is viable for only a few seconds after a person coughs or sneezes.

Critics questioned whether a nebulizer accurately mimicked a human cough or sneeze.

That said, there is other evidence to suggest it can become an aerosol, albeit in rare circumstances.

A Chinese paper that was posted last week and is awaiting peer-review found an aerosolized form of the new coronavirus was present in the bathrooms of patients in a Wuhan hospital, as the virus is shed in stools.

An aerosolized form of SARS was responsible for infecting hundreds of people in a Hong Kong apartment complex in 2003, when a sewage line leaked on to a ceiling fan creating a virus-laden plume.

The team behind the NEJM study performed similar tests on the SARS virus, finding the two viruses behave similarly.

But their similar viability fails to explain why the novel coronavirus pandemic has infected close to 200,000 people and caused almost 8,000 deaths, while the SARS epidemic infected about 8,000 and killed nearly 800.

"This indicates that differences in the epidemiologic characteristics of these viruses probably arise from other factors, including high viral loads in the upper respiratory tract and the potential for persons infected with SARS-CoV-2 to shed and transmit the virus while asymptomatic," wrote the researchers.

SARS-CoV-2 is the technical name for the new coronavirus.