Tokyo 1940: The Games that became the 'Missing Olympics' 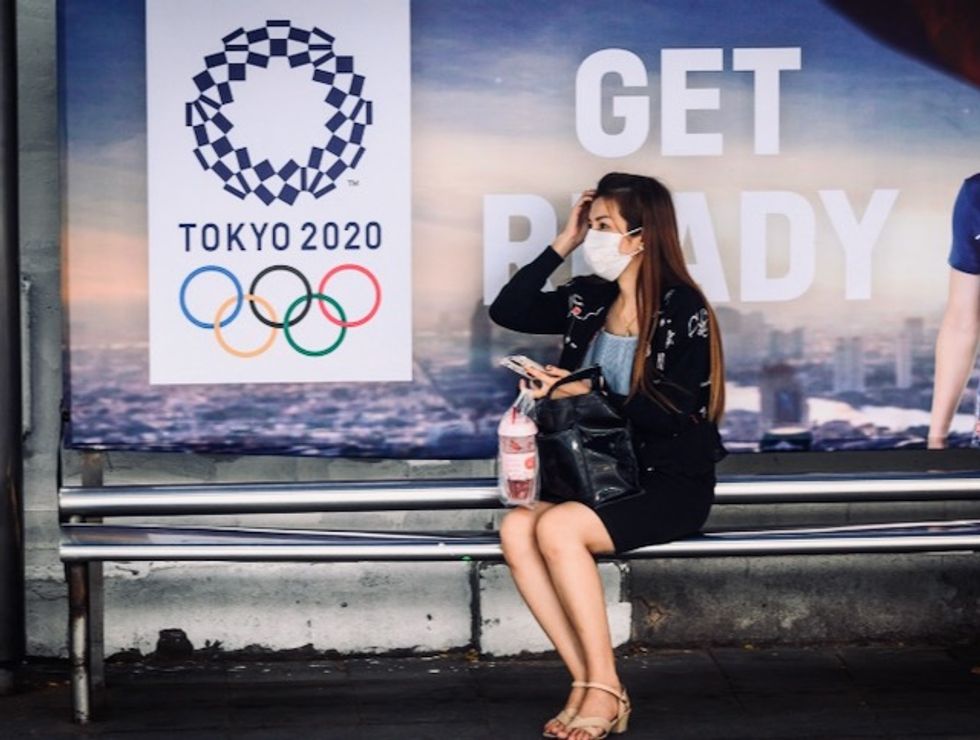 Fears are growing that this year's Olympics may be postponed or axed because of the coronavirus pandemic but Japan has been here before -- the cancelled summer Games of 1940 were also due to be hosted in Tokyo.

Japan's military aggression in Asia forced the annulment of what became known as the "Missing Olympics" after the Games were switched to Helsinki before finally being scrapped because of World War II.

Tokyo officials originally touted a bid for the 1940 Games as a way to show the city had recovered from the devastating 1923 earthquake, according to author David Goldblatt in his history of the Olympics entitled "The Games".

In much the same way, Japan has framed the 2020 Olympics as the "Recovery Games" -- a chance to show the country is back on its feet after the catastrophic 2011 triple disaster of earthquake, tsunami and nuclear meltdown.

Tokyo's 1940 bid was spearheaded by Jigoro Kano, the founder of modern judo and first Japanese member of the International Olympic Committee, who stressed the importance of bringing the Games to Asia for the first time.

"I carry a grave resolve. The Olympics should naturally come to Japan. If they don't, the reason for this must be something unjust," said Kano in his plea to the IOC.

The Japanese had a special reason for wanting to celebrate 1940, as it coincided with the 2,600th year since the enthronement of the nation's legendary first emperor, Jimmu.

Tokyo launched an official bid in 1932 and found themselves up against Rome and Helsinki.

Japan engaged in a fierce lobbying campaign that included pleading with Italy's fascist dictator Benito Mussolini to step aside in their favour.

"In the you-scratch-my-back kind of deal that has become the norm in international sports politics, Mussolini announced with unusual candour, 'We will waive our claim for 1940 in favour of Japan if Japan will support Italy's effort to get the XIIIth Olympiad for Rome in 1944," wrote Goldblatt.

With just Tokyo and Helsinki left standing, the IOC plumped for the Japanese capital by 37 votes to 26.

Before the bid had been tabled, Japan in 1931 invaded the Chinese province of Manchuria and two years later withdrew from the League of Nations -- the precursor to the United Nations -- after the body refused to sanction the occupation.

The Olympic bid was therefore also an attempt to shore up international diplomacy, according to Asato Ikeda, assistant professor at Fordham University, New York, who has written about the 1940 Games.

AFP / Kazuhiro NOGI Seiko Hashimoto, minister for the Tokyo Olympic and Paralympic Games, speaks during a press conference in Tokyo

Japan's bid was "part of its international cultural diplomacy in order to ameliorate the relationship with the Western democratic nations, especially Britain and the United States," Ikeda wrote in an essay in the Asia-Pacific Journal.

As preparations for the Games gathered pace, a schedule was drawn up and posters were printed. The Opening Ceremony was set for September 21, 1940.

There were some hiccups though, including questions about whether the Emperor could declare the Games open, as the Japanese then held him to be semi-divine and therefore unable to be seen and heard by ordinary citizens.

As diplomatic pressure grew on Japan from outside, there was increasing clamour inside the country for cash to be diverted for military purposes.

Japanese diplomats at the time voiced concern in cables back to Tokyo that powers such as Britain and the United States could boycott the Games over Japan's war-like activity.

Yet, in words familiar to those following the story of the 2020 Games, Tokyo insisted the show would go on.

Barker cites a cable from Tokyo City Hall to the IOC which said: "The citizens of Tokyo are doing their utmost to make the 1940 Games a success."

But the Japanese Olympic Committee eventually bowed to the inevitable and forfeited in July 1938, saying what they euphemistically called "the trouble with China" had made staging the Games impossible.

"The organising committee and the people of Japan were deeply disappointed in having to give up the Games, but, in the circumstances, no other course was open," the "Olympic News" bulletin published in Tokyo wrote at the time.

"With the worsening international relations and increasing military activities in the Asian continent, the cancellation might not have been that surprising," Ikeda told AFP.

The Winter Games, due to be held in the northern Japanese city of Sapporo, were also scrapped and the war put paid to the proposed rescheduling in the Finnish capital.

The next time the Olympic torch was lit was for London in 1948, four years after the city had originally been due to host. But Japan, as a defeated power, was excluded and Helsinki staged the next summer Games in 1952.

Tokyo finally became the first Asian city to host the Olympic Games in 1964.