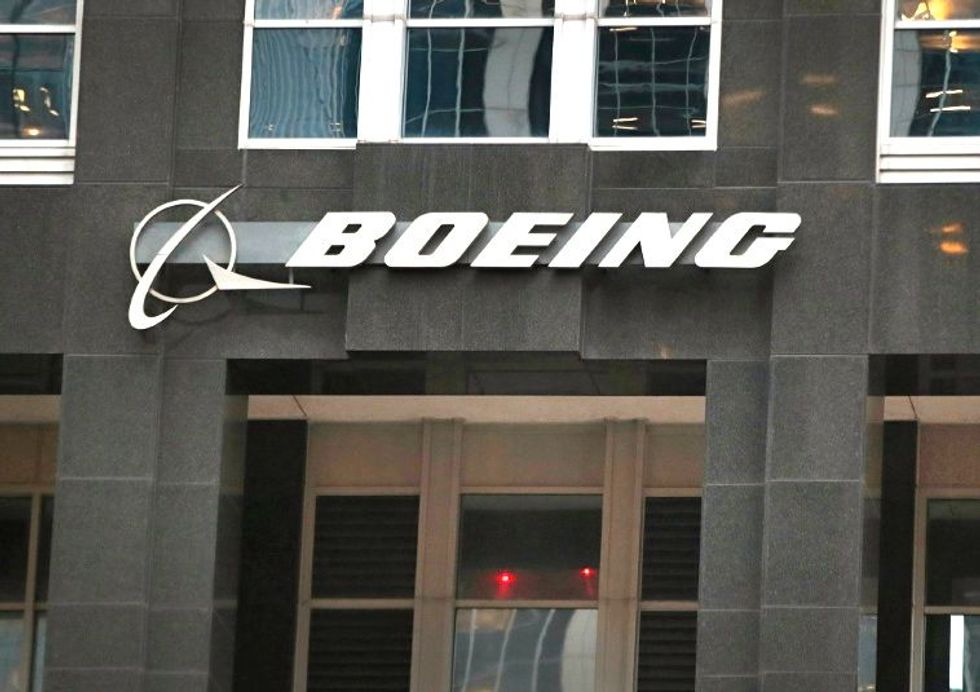 Boeing announced sweeping cost-cutting measures Wednesday as it reported a first-quarter loss of $641 million after suffering a damaging hit to the airline business from the coronavirus pandemic.

The aerospace giant plans to reduce its workforce by 10 percent through voluntary and involuntary layoffs, Chief Executive David Calhoun said in a message to employees that accompanied an earnings release.

Boeing also will slash production of its main commercial planes, including the 787 and 777.

"The aviation industry will take years to return to the levels of traffic we saw just a few months ago," Calhoun said. "We have to prepare for that."

Calhoun said the job cuts would be deeper -- more than 15 percent -- in the commercial airplanes and services divisions, as compared with defense and space systems, where business has been more stable.

The company had 160,000 employees prior to the announcement, putting the downsizing at about 16,000 jobs.

The quarterly loss of $641 million compared to profits of $2.1 billion in the same three-month period a year ago. Revenues fell 26.2 percent to $16.9 billion.

Calhoun said the belt-tightening was needed to maintain adequate liquidity at a time when revenues are depressed, adding that the company is "exploring potential government funding options" in the wake of the COVID-19 crisis.

Shares rallied following the announcements, including Boeing's statement that it "will be able to obtain sufficient liquidity to fund its operations."

Boeing has previously called for $60 billion in government support for the US aerospace industry. The federal CARES Act stimulus package included $17 billion aimed at the company.

Calhoun said the company would weigh potential support from the US Treasury against private sources, noting that credit markets have improved since the CARES Act was passed and as the Fed moves to pump cash into them.

"We're going to evaluate all these options," Calhoun said Wednesday in an interview with CNBC.

Factors in the first-quarter loss included "abnormal production costs" connected to the temporary suspension of Puget Sound manufacturing operations due to COVID-19 and the suspension of production of the 737 MAX, which has been grounded worldwide for more than a year following two deadly crashes.

"We have done a tremendous job of increasing our production rates and services offerings in recent years," Calhoun said.

"But the sharp reduction in our demand for our products and services over the next several years simply won't support the higher levels of output."

Regarding the job cuts, the company notified 70,000 workers they were eligible for voluntary departures.

Calhoun said involuntary departures are "likely," but the outcome will depend on how many workers step forward within the next few weeks.

"We are hoping to get a reasonably large number out of that for no other reasons than to minimize the number of involuntary" job cuts, Calhoun said.

Calhoun told CNBC the company has made progress with regulators on the MAX, but that "there is still a mountain of documents that have to be completed."

The jet has been grounded since March 2019 following two crashes that killed 346 people.

On a conference call with analysts, Calhoun said the company expects to resume MAX deliveries in the third quarter. Boeing currently has some 450 MAX planes in storage.

Calhoun said MAX customers have varied in their preference for delivery, with some seeking to push back and others wanting the plane as soon as possible.

The CEO expects the coronavirus crisis to prompt more airlines to retire older planes and seek newer models that, like the MAX, are more fuel-efficient.

He has repeatedly shown that he has no regard for the rule of law, democracy, human rights or other restrictions on his behavior. He encourages his followers and allies to engage in acts of terrorism and other violence on his behalf. The most notable example came, of course, on Jan. 6, 2021. To this point, Trump has been limited by his cowardice. He prefers to have others engage in violence on his behalf instead of directly ordering such acts or participating in them himself.