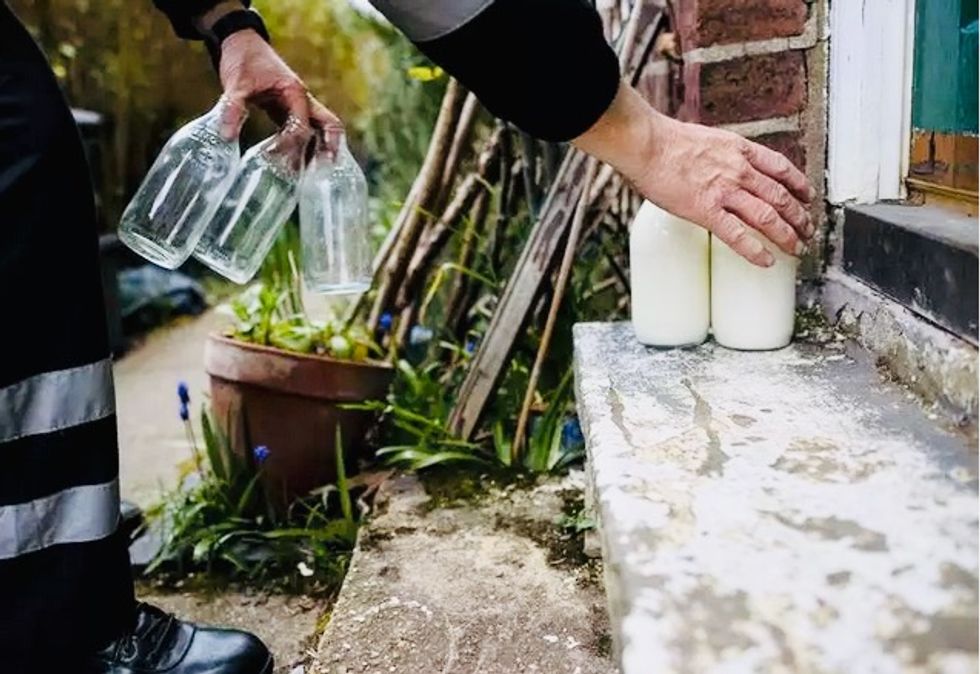 Deprived of customers such as supermarkets, restaurants and schools due to the coronavirus outbreak and resulting lockdown, British farmers are throwing away thousands of liters of milk.

Coffee shops and office blocks, also shut because of COVID-19, are no longer receiving their early morning deliveries, although there has been a hike in the amount of milk being dropped off at people's homes in time for breakfast, according to the publication FarmingUK.

Dairy farmer Robert Mallett, based in Wiltshire, western England, recently tweeted about dumping "17,000 liters down the drain", while Winterdale Cheesemakers, based in the southeast of the country, showed a video of discarded milk flowing rapidly from a pipe.

"Rough times for artisan cheesemakers... but now the devastation continues -- our milk was not collected today and sadly ends up down the drain and on top of that we have still not been paid for February’s milk!!," added Winterdale.

And going forward, producers can expect to be paid less.

Freshways, one of the largest milk wholesalers in Britain, is already slashing the prices it is prepared to offer to farmers.

"The milk market has all changed very quickly," it added in a recent client note. "The panic buying of dairy products with retailers restricting milk purchases has reversed as demand plummeted."

While "stockpiling has stopped and consumers freezers are full of milk and dairy products", it noted also that "restaurants, pubs, hospitality businesses have been rushing to offload unwanted stock and cancelling orders".

The Royal Association of British Dairy Farmers on Tuesday called on the government "to help fund a short-term financial support scheme for dairy farmers whose businesses have been severely affected as a result of coronavirus and to avert a larger crisis in the industry".

About 300 dairy farmers, together producing around one million liters of milk daily, could be eligible for reimbursement, the Association said.

Tom Tugendhat, an MP for the ruling Conservative party, has described the treatment of UK farmers generally as "appalling", putting pressure on the government to act.

The National Farmers Union meanwhile on Tuesday voiced concern about there being a lack of workers for the next harvests.

"Growers that rely on seasonal workers to grow, pick and pack our fresh fruit, veg and flowers are extremely concerned about the impact coronavirus restrictions may have on their ability to recruit this critical workforce this season," said NFU Vice President Tom Bradshaw.

It is a concern repeated abroad, with asparagus producers in France and strawberry farmers in Spain recently speaking out.