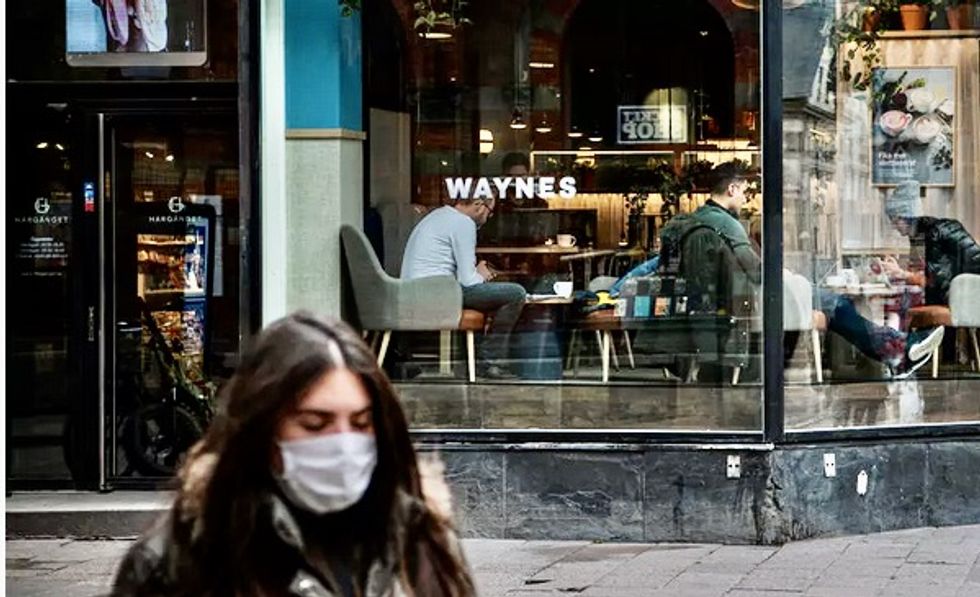 Sweden's softer approach to containing the new coronavirus was already an outlier in Europe and is coming under even more scrutiny as death rates leap ahead of its Nordic neighbors.

As of Wednesday, a total of 1,203 people had died from nearly 12,000 confirmed cases of COVID-19 -- a far higher rate than Finland, Denmark and Norway, which have all instituted more restrictive containment measures.

"The authorities and the government stupidly did not believe that the epidemic would reach Sweden at all," Bo Lundback, professor of epidemiology at the University of Gothenburg, told AFP.

In contrast to Nordic neighbors and most of Europe, Sweden has not imposed extraordinary lockdown orders.

Instead, it has called for citizens to take responsibility and follow social distancing guidelines along with stronger measures such as banning gatherings of more than 50 people and halting visits to retirement homes.

Despite international attention and domestic debate, the government has maintained its course, taking its cue from its expert authority, the Public Health Agency.

Lundback and 21 other researchers urged the government to reconsider and institute "rapid and radical measures" in a joint article in Dagens Nyheter newspaper on Tuesday.

"Sweden was poorly or even not at all prepared," Lundback told AFP.

But officials insist their plan is sustainable in the long-term, rejecting drastic short-term measures as too ineffective to justify their impact on society.

- Hunting for an explanation -

Last week, health officials announced 40 percent of deaths in the Stockholm region -- the epicenter of the epidemic -- could be traced to retirement and care homes.

Even with measures targeting these institutions, half of the retirement homes in the capital have had cases of the virus.

The government has had trouble explaining the outbreaks.

"We still don't quite know the reason, but there aren't too many things to choose from," Health Minister Lena Hallengren said in a Dagens Nyheter column earlier this month.

"Either the ban on visits hasn't been enforced or staff with symptoms, or that didn't think they had symptoms, have gone to work," she wrote.

The status and working conditions of care home staff in Sweden could help to explain the pattern of the spread in Sweden, according to Ingmar Skoog, director of the Centre for Health and Ageing at the University of Gothenburg.

Retirement home staff are often paid low wages and on casual contracts, he said, and they "do not get any salary if they stay home with mild symptoms".

In neighboring Finland care workers enjoy far greater social protections, meaning they can stay away from work if they get sick.

The virus in Sweden has also disproportionately affected those born abroad -- the Public Health Agency pointing out that this was true whether the people hailed from Africa, Europe or the Middle East.

In contrast, health officials in Norway said there had been "no general over-representation among foreign-born".

According to figures released last week, some of Stockholm’s most disadvantaged neighborhoods, where many immigrants live, were up to three times more affected than the rest of the capital.

Gina Gustavsson, associate professor of political science at Uppsala University, said the government showed "a worrying lack of knowledge" or a lack of interest in people with different social backgrounds.

Sweden's Prime Minister Stefan Lofven, speaking to broadcaster SVT over the weekend, conceded that "preparedness has not been good enough."