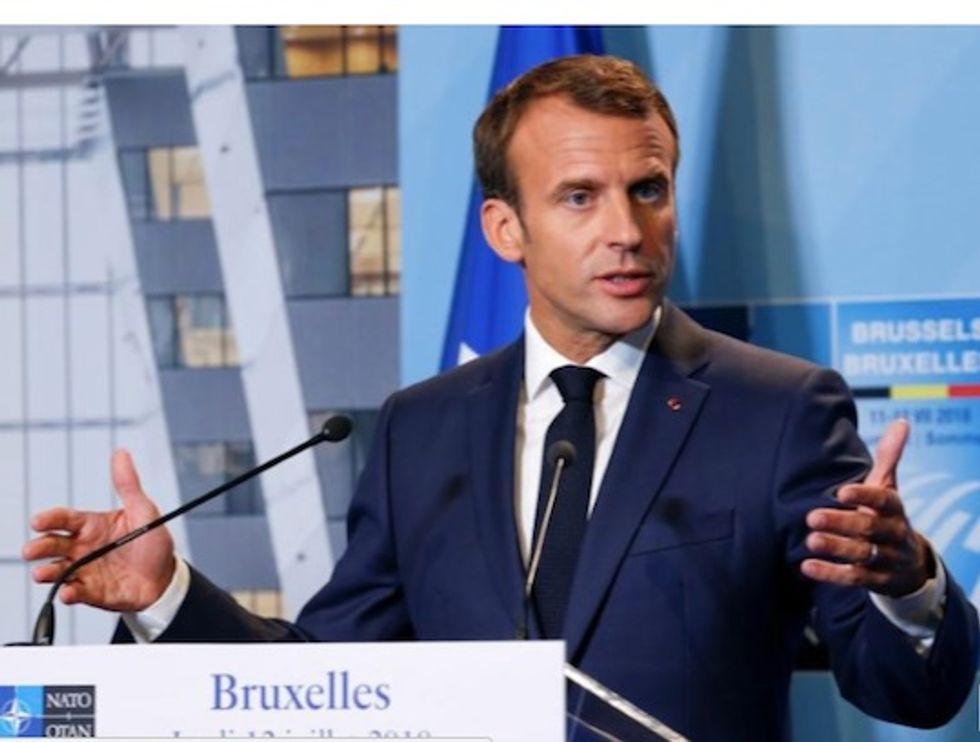 As candidates in the second round of France’s municipal elections wrap up a campaign period severely affected by Covid-19 restrictions, all eyes are on the party of President Emmanuel Macron and on the race in Paris.

Runoff elections will be held on June 28 in 4,827 cities and towns around France where the first round of votes was not decisive, with some 16.5 million adults eligible to participate. In many of those municipalities, Macron's party, La République en Marche, is fighting a losing battle.

A defeat for LREM would deal a blow to the French president’s bid to chart a fresh course for the remaining two years of his term in the wake of the coronavirus crisis, while his personal popularity has slipped again.

Efforts by LREM to build up grassroots support have gone nowhere in the three years since Macron swept into the top job with a pledge to end politics as usual. The vast majority of its candidates failed to make it past the first round of voting on March 15, two days before Macron announced a coronavirus lockdown only now being lifted.

Paris, Marseille and other key cities are widely expected to remain in Socialist or right-wing hands, forcing the centrists into conflicting alliances to obtain at least some local seats.

Their goal is to have 10,000 municipal councillors nationwide.

"LREM still hasn't taken root locally, and is struggling to prove that it's a viable force," said Jean Garrigues, a political historian at the University of Orleans.

Even Prime Minister Edouard Philippe, whose popularity has soared on his perceived steady hand during the Covid-19 outbreak, faces a close fight to regain his mayor's seat in the port of Le Havre.

It may be no coincidence that Philippe has refused to become a card-carrying LREM member, after leaving the right-wing Les Républicains to become head of government.

A loss by Philippe would almost certainly force Macron into a broad reshuffle of his cabinet, and even if he wins at least some ministers are widely expected to be replaced soon.

The race for Paris

In Paris, Socialist incumbent Anne Hidalgo stands as the favorite to win the run-off for a second 6-year term, having topped the first round with 29.33 percent of the votes, trailed by conservative candidate Rachida Dati, who won 22.72 percent and the LREM candidate, Agnès Buzyn, who got 17.26 percent.

Hidalgo’s comfortable advance grew further after she sealed an alliance with greens leader David Belliard, the Europe Écologie-Les Verts candidate, who finished fourth on March 15 with 10.79 percent of the vote.

The alliance was not unexpected – the incumbent Socialist governed together with the greens during her first term. The agreement sees Hidalgo become the sole candidate remaining on the left and the torchbearer for green issues.

Buzyn trailed well behind Hidalgo and Dati in March, having joined the race late after stepping down as health minister in February, in the middle of the global coronavirus crisis, to replace Benjamin Griveaux as the party's candidate for Paris City Hall.

LREM had found itself without a flagbearer after Griveaux, a longtime Macron ally, suddenly withdrew from the race over sex tape allegations.

After the March 15 ballot, Buzyn dropped off the radar for weeks, having called the campaign a "masquerade" amid the worsening coronavirus outbreak. She eventually returned to the spotlight in late May, to confirm she would stay on as the party’s candidate for Paris in the second round.

Buzyn is betting on Parisians' support of the government, with a vast mailing campaign targeting half the city's households. "Anne Hidalgo and Rachida Dati systematically criticize the government's actions. All Parisians who think the government is acting to protect our economy and vulnerable people must mobilize" for Buzyn's candidates, said spokesman Pierre-Yves Bournazel.

Dati, who came in second in March, hopes to beat Hidalgo by luring away those who voted for Buzyn in the first round: A recent Ifop-Fiducial poll indicates Hidalgo will get 44 percent of the vote, versus 33 percent for Dati and 20 percent for Buzyn. Dati reasons that more than half of voters want to give their say to someone other than the incumbent.

Macron appears barely concerned by the all-but-certain rout, analysts say, reflecting a disdain of party politics that could prove risky as he seeks to revive his reform drive.

"When you have a very vertical conception of power, basically a very personal one, you can imagine why he doesn't want to have a party that weighs him down," said Chloe Morin, a political scientist at the Fondation Jean-Jaures think-tank.

The go-it-alone approach proved its limits, however, with the unexpectedly fierce "yellow vest" rebellion of 2018-19, which saw furious protesters accuse the former investment banker of being cut off from the day-to-day struggles of millions.

More recently, a decision to push through a hotly contested pension reform by decree, overriding opposition from unions and even from lawmakers in his own party, has further depleted his political capital.

"This vision that parties aren't good for anything, or that unions can be bypassed, is dangerous because that's how you end up with the yellow vests," Morin said.

Adding to Macron's headaches, several LREM lawmakers have defected in recent weeks, depriving him of an outright majority in the National Assembly.

An electoral debacle on Sunday could prompt others to abandon ship, providing grist for opponents hoping to position themselves as compelling rivals for the 2022 presidential contest.

In the first round of elections, the abstention rate was 54.5 percent, the highest rate for this type of election since the founding of France's Fifth Republic in 1958.

The president refused to postpone that vote even though the government had banned mass gatherings and closed all schools — which often serve as polling stations — just days before.

The second round was postponed because of the crisis and lockdown, and candidates were forced to mount remote campaigns, unable to meet face-to-face with their teams, distribute leaflets in markets, canvas door to door or shake hands. Instead, they campaigned digitally and by simply phoning potential voters.

Over three months later, voters seem just as reluctant to head to the ballot box. In a survey by the Ifop polling firm released June 15, only 38 percent of those called to the polls said they were planning to vote, with 29 percent attributing their reticence "solely to the risk of being affected by coronavirus".

Whatever the outcome on Sunday, analysts expect Macron will move quickly to try to shift the narrative, urging unity in the face of France's daunting coronavirus challenges.

His office has already said a "first response" will be announced on June 29, the day after the vote, to dozens of proposals tabled last week by his Citizens' Council on Climate.

The grouping was formed in response to demands for more "direct democracy" in the wake of the yellow vest protests, and calls have emerged for Macron to hold a referendum on the proposals.

The measures could be incorporated into Macron's call to rethink France's economy as the state tries to limit the fallout from a recession that is expected to see a wave of business closures and layoffs over the coming months.

"Expectations are running very high, so the chances that people could be disappointed are high as well," Garrigues said.