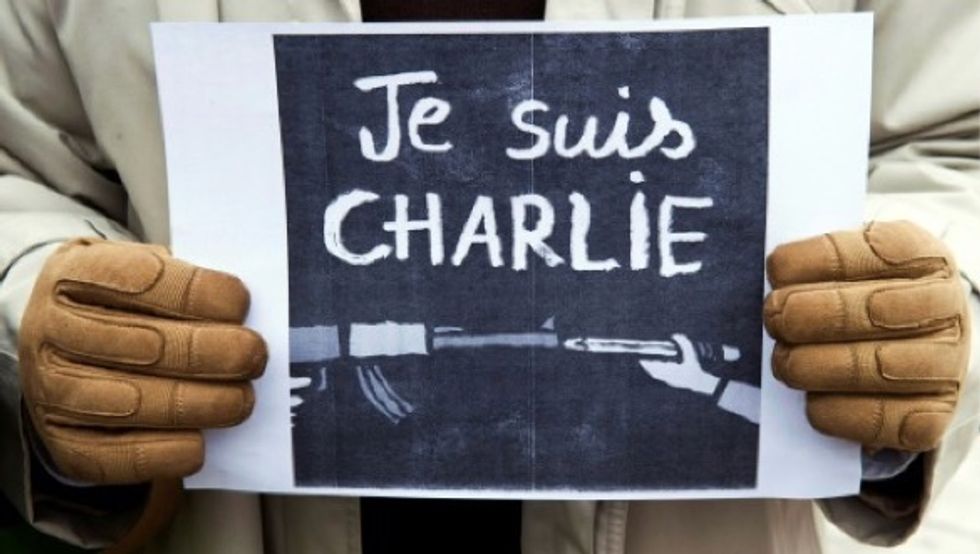 Fourteen alleged accomplices in the 2015 jihadist attacks on the Charlie Hebdo satirical weekly and a Jewish supermarket go on trial next Wednesday more than half-a-decade after days of bloodshed that still shock France.

The attacks heralded a wave of Islamist violence that has left 258 people dead and raised unsettling questions about modern France's ability to preserve security and harmony for a multicultural society.

Twelve people, including some of France's most celebrated cartoonists, were killed on January 7, 2015, when brothers Said and Cherif Kouachi went on a gun rampage at the offices of Charlie Hebdo, whose no-taboo style, including hugely controversial cartoons of the Prophet Mohammed, had divided the country.

A day later, Amedy Coulibaly, a close acquaintance of Cherif Kouachi who he had met in prison, killed female police officer Clarissa Jean-Philippe, 27, during a routine traffic check in Montrouge, outside Paris.

On January 9 Coulibaly killed four men, all Jews, during a hostage-taking at the Hyper Cacher supermarket in the east of Paris. He recorded a video saying the attacks were coordinated and claiming them in the name of Islamic State (IS) jihadists.

Coulibaly was killed when police stormed the supermarket. The Kouachi brothers were themselves killed in the printers where they holed up in Dammartin-en-Goele northeast of Paris.

While the three perpetrators are dead, suspects accused of providing them with various degrees of logistical support will finally face justice.

The trial had been delayed several months due to the coronavirus epidemic. The court in Paris will sit until November 10 and, in a first for a terror trial, proceedings will be filmed for archival purposes given public interest.

Of the 14 suspects, three are being tried in absentia: Hayat Boumedienne, the partner of Coulibaly, and the Belhoucine brothers Mohamed and Mehdi.

All three are believed to have travelled to the area of northern Syria and Iraq that at the time was under IS control.

Reports have suggested they are dead but this has never been confirmed and they remain subject to arrest warrants.

Facing the most serious charge of complicity in terror and a maximum sentence of life in jail, are Mohamed Belhoucine, the elder of the two brothers, and Ali Riza Polat, 35, a French citizen of Turkish origin who will be the most prominent of the accused in the dock.

Polat, seen as close to Coulibaly, is suspected of having played a central role in preparing the attacks, notably by helping to build up the arsenal used by the three perpetrators.

He is also accused of providing help "at all stages of the preparation". Just after the attacks, he repeatedly tried to leave France for Syria but has been held since March 2015.

Mohamed Belhoucine is accused of being the ideological mentor of Coulibaly after meeting him in jail, opening up channels of communication for him to IS and writing the oath of allegiance that Coulibaly made to the group.

Most of the other suspects are on trial for association with a terror group, a crime that comes with a jail sentence of up to 20 years.

People who escaped the massacres at Charlie Hebdo and Hyper Cacher are set to give testimony and the process is set to stir up memories of one of the darkest chapters in modern French history.

"This trial is an important moment for them," Marie-Laure Barre and Nathalie Senyk, lawyers for victims at Charlie Hebdo, said in a statement to AFP.

"They are waiting for justice to be done to find out who did what, knowing that those who pulled the trigger are no longer there," they added.

Among those who died at Charlie Hebdo were some of France's most celebrated cartoonists including its director Stephane Charbonnier, known as "Charb", 47, Jean Cabut, known as "Cabu", 76, and Georges Wolinski, 80.

The publication's willingness to cause offence made it a champion of free speech for many while others believed it crossed a line too often.

But the massacre united the country in grief with the slogan #JeSuisCharlie going viral.

"This trial matters even though Amedy Coulibaly is dead," said Patrick Klugman, lawyer for the victims at Hyper Cacher. "Without those defendants in the box, Coulibaly would never have been able to act."

Safya Akorri, a defence lawyer, said the "rigour" of the French justice system will also be on trial.