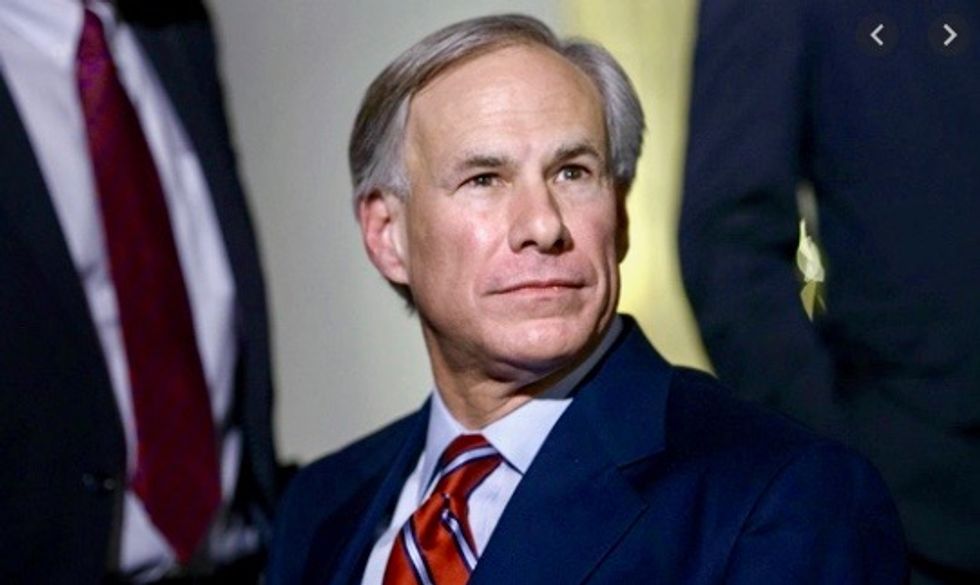 State election law has long allowed voters with medical conditions to vote curbside. After they arrive at a polling location, a ballot is brought outside to them in their vehicle by an election worker. In addition to urging qualified voters to use the curbside option this year, Harris County also opened designated "drive-thru" polling locations for all voters, where poll workers hand people a voting machine through their car window after checking their photo identification.

The state GOP's lawsuit, filed in a state appeals court in Houston, seeks to halt the drive-thru voting program and limit curbside voting to those who have submitted sworn applications saying they qualify for it. Glenn Smith, a senior strategist with Progress Texas, said Tuesday he could find nothing in the law requiring an application to vote curbside. Texas election law instructs election officers to deliver an on-site curbside ballot if a voter is “physically unable to enter the polling place without personal assistance or likelihood of injuring the voter's health.”

“Unless stopped, each of these instances of illegal voting will cast a cloud over the results of the General Election,” the lawsuit states.

Chris Hollins, the Harris County Clerk, said the latest lawsuit is in line with the Republican Party “feverishly” using resources to limit people’s right to vote.

“This lawsuit is not only frivolous, but it’s also a gross misrepresentation of the differences between curbside voting — for voters with disabilities, including illness — and drive-thru voting, which is available for all voters who want to vote from the safety and convenience of their vehicle,” he said in a statement Tuesday.

Texas Democratic Party Chairman Gilberto Hinojosa called Republican party leaders "cowards" and said in a statement that Gov. Greg Abbott, the all-Republican Texas Supreme Court and Texas Attorney General Ken Paxton “will stop at nothing to try to stop Texans from voting in the middle of a pandemic.”

The lawsuit is the latest in a string filed by Texas Republican leaders and activists aimed at limiting voting options in the state's most populous, and largely Democratic, county. It was filed just as a federal appeals court was handing Texas Republicans their latest win in the fight over expanded voting access, upholding Abbott’s controversial order restricting mail-in ballot drop-off locations.

The Republicans argue that fear of contracting the coronavirus isn't enough under state election law to qualify for curbside voting. Their point is bolstered by a May ruling from the all-Republican state Supreme Court which said a lack of immunity to the coronavirus is not a disability that qualifies Texans to vote by mail. But Texas law differentiates between mail-in ballots — which must be requested ahead of time through an application under strict qualifications, like a disability — and curbside voting, which is requested onsite.

The Texas secretary of state’s office has repeatedly said this year that those who have symptoms or signs of the new coronavirus should use curbside voting. The office has provided placards for county election officials to use at polling locations that urge curbside voting for sick people or those who can’t enter a polling place without the “likelihood of injuring your health.”

During the pandemic, Harris County has often led a push to expand voting options, and Republican officials have sought to block those efforts. The county sought to send mail-in ballot applications to all registered voters, which was targeted by Texas Republicans and knocked down by the state Supreme Court, which ruled the move an overstep of county official authority. County officials also allowed for mail-in ballots to be hand delivered at clerk offices throughout the county’s more than 1,700 square miles. Abbott, and later a federal appeals court, halted that practice, limiting the drop-offs to one spot per county.

For in-person voting, election officials have for the first time opened 10 drive-thru voting sites in the county. The Harris County Clerk’s website touts the option as "a safer, socially-distant alternative to walk-in voting for all voters.”

Voters must provide photo identification, then will be handed a portable voting machine in their car, according to the website. The clerk's office notes drive-thru voting is open to all voters, as opposed to curbside voting which is applicable for those with a disability.

In September, a federal judge dismissed a challenge by voting rights advocates who sought to change polling place procedures during the pandemic, like expanding curbside voting, citing the likelihood of long lines and Abbott’s decision to not require voters to wear masks. The judge said the requests could “easily be implemented” but that he ultimately lacked jurisdiction to order the charges.

Statewide, there has been little effort to expand voting during the pandemic, the main exception being Abbott's extension of the early voting timeline by six days. Early voting in Texas started Tuesday morning. The extension, still, was fought by some Republicans, but the Texas Supreme Court last week ruled in favor of Abbott, allowing for the expanded voting time frame.

The governor also allowed mail-in ballots to be delivered by hand ahead of Election Day, contrary to typical elections which only allow for drop-offs on one day. But, after another lawsuit filed by Republicans, Abbott restricted the order, saying each county could only have one location to accept hand delivered absentee ballots. Abbott was sued in multiple courts over his follow-up order, and it was overturned by a federal court last week, but an appeals court reversed course and upheld the order Monday night.

Disclosure: Progress Texas and the Texas secretary of state have been financial supporters of The Texas Tribune, a nonprofit, nonpartisan news organization that is funded in part by donations from members, foundations and corporate sponsors. Financial supporters play no role in the Tribune's journalism. Find a complete list of them here.