NY Marathon canceled, but runners stride on -- on their own 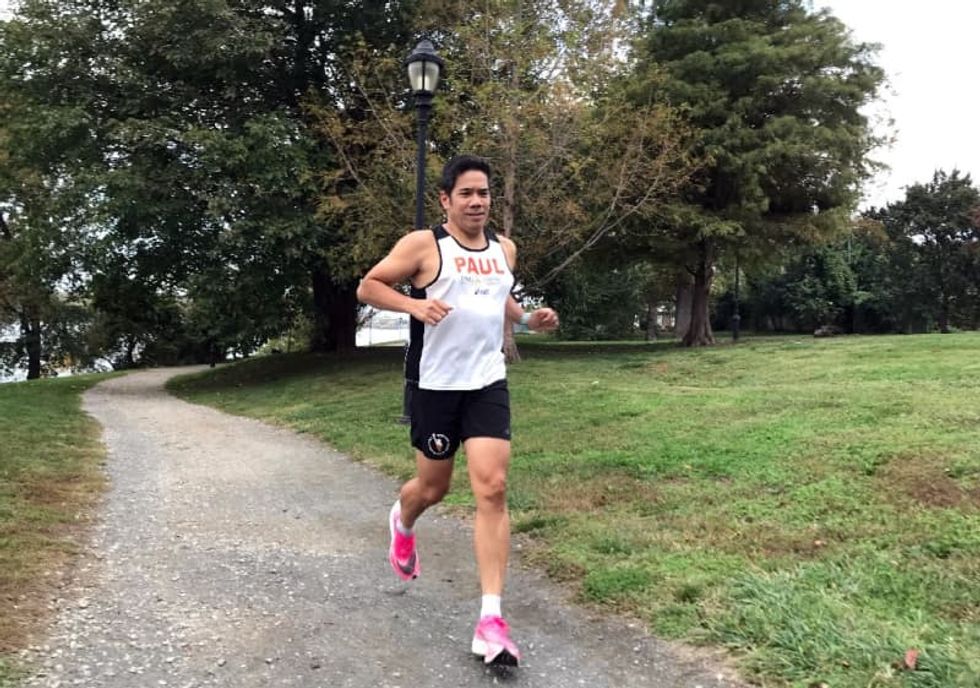 In Central Park or along the Hudson River, runners will complete the storied New York City Marathon -- just not along the same course.

The annual race, originally set for Sunday, was one of many events canceled due to the coronavirus pandemic, but diehard runners are not missing their shot in what would have been the marathon's 50th year.

"The day they announced that it wasn't going to happen, that's the day I said I'm going to run it anyway," said Paul Casino, 55, who has competed every year since 2004.

Casino, who is originally from the Philippines, even joined hundreds of people who ran the marathon in 2012, despite its cancelation following the direct hit from Superstorm Sandy.

Organizers canceled the marathon on June 24 but, like many other major road races, offered runners the option of completing the 26.2 miles (42.2 kilometers) between October 17 and November 1 -- anywhere in the world.

A smartphone app measures the distance covered, allowing the competitor to log an official time and -- if they finish -- obtain the coveted finisher's medal.

For many runners, months of lockdown and no other races on the horizon cramped their preparations. For some, like Matt Coneybeare, the coronavirus took a direct toll.

After suffering through two days of acute symptoms in early April, the computer engineer needed a month -- but only a month -- to get back to where he was pre-Covid.

Coneybeare has already completed his marathon, running through four of New York's five boroughs in a little more than three hours.

He had to skip Staten Island because the Verrazzano-Narrows Bridge linking it to Brooklyn -- closed for the tens of thousands of runners during a normal marathon -- has no pedestrian path.

Casino is keeping his Manhattan marathon itinerary a carefully guarded secret -- but says if seen from the sky, the route design will spell out a clear tribute to the world's biggest marathon.

The banker said he couldn't just do "four laps" around Central Park.

"That's just mentally draining. I don't want to run it just for the sake of doing 26.2 miles. That's just not fun," he told AFP.

"And so I thought about it and then I looked at Google Maps..."

Casino admits he stopped running for two months out of fear of being infected at the start of the health crisis, and sank into a depression because of the lack of exercise and the lockdown.

Usually, he would run 60-80 miles a week while training for a marathon.

He headed to therapy, which he says helped. And then he started to run again.

"The way I see the marathon, it's like a goal. It's perfect timing at the end of the year," he said.

Many runners, like Coneybeare, said exercise helped them keep going as the pandemic dragged on.

"The routine of getting out there every day and running just keeps me sane throughout all of this," he said. "It was important for my mental health."

Casino, who says he gained 15 pounds (nearly seven kilos) because of the pandemic, says he has no specific goal time, especially given that he will have to stop for traffic lights and cars.

For Coneybeare, "no one's ever going to compare a virtual race versus a real race. It all comes down to whether you feel that you did a good job on your own or not."

'I love this city'

A virtual marathon is a personal challenge -- no one is watching, there are no real competitors, and given the need to remain distant from others, it is a solitary pursuit.

He normally juggles while running -- earning the admiration of onlookers -- which makes it harder to look ahead, so completing the race on his own will be a lot easier.

In a regular marathon, "I have to dodge people and sometimes you get stuck behind a group," he says.

For many New Yorkers, running the marathon this year is more than ever a love letter to the city, which was the US epicenter of the coronavirus crisis for months.

"I love this city to my core," Coneybeare said.

"I have no doubt that New York will bounce back to its former glory. So I'm going to stay here," he added.

"Even though I've run a thousand times, running in the city is always a new experience every day so I love running here in New York."