'This is depraved': Tyson Foods' managers accused of betting on how many of their workers would get COVID-19 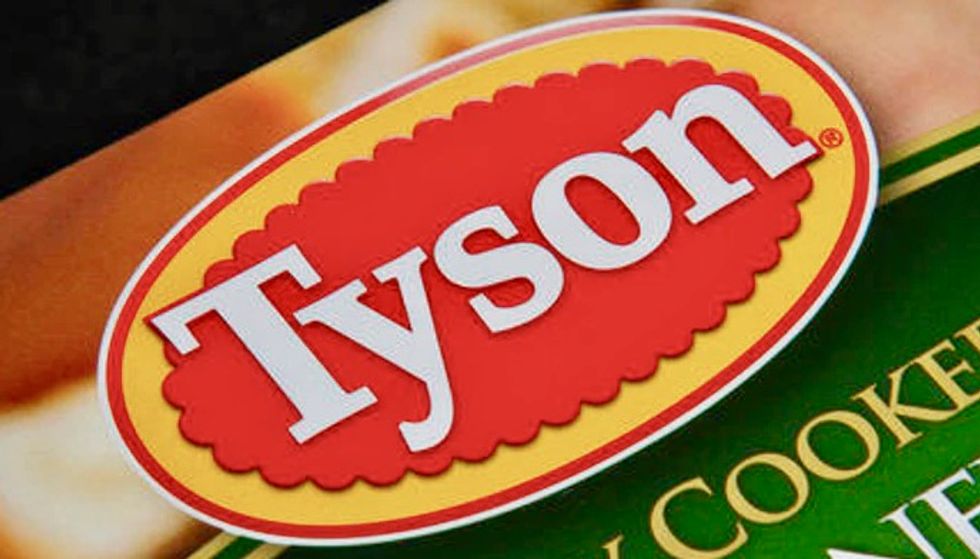 During the early stages of the Covid-19 pandemic, Tyson Foods supervisors bet money on how many workers at a pork processing plant in Iowa would be infected with the lethal coronavirus, according to allegations in a wrongful death lawsuit that critics say reveals the "breathtaking callousness" of corporate managers who put profits over people.

"In late March or early April, as the pandemic spread across Iowa, managers at the Waterloo plant reportedly began avoiding the plant floor for fear of contracting the virus."

"This is depraved," United Farm Workers said in a Twitter thread.

More than 1,000 employees at the company's facility in Waterloo—over one-third of the plant's workforce—"tested positive amid the outbreak, which eventually shut down the meat-processing plant and spurred harsh condemnations from local officials who said the company had failed to provide the necessary protections for its workforce," the Washington Post reported Thursday.

At least five Waterloo plant employees died as a result.

Family members of Isidro Fernandez, who succumbed to the disease on April 26, sued Tyson earlier this year, accusing the meatpacking company of "willful and wanton disregard for workplace safety."

"Despite an uncontrolled Covid-19 outbreak, Tyson required its employees to work long hours in cramped conditions," the lawsuit alleges. "Moreover, despite the danger of Covid-19, Tyson failed to provide appropriate personal protective equipment and failed to implement sufficient social distancing or safety measures to protect workers from the outbreak."

While the suit was originally filed in Iowa state court in August, "an amended complaint with new allegations was filed on November 11," the Post reported.

The Iowa Capital Dispatch detailed the startling new allegations against Tyson and managers at the Waterloo plant:

In mid-April, around the time Black Hawk County Sherriff Tony Thompson visited the plant and reported the working conditions there "shook [him] to the core," plant manager Tom Hart organized a cash-buy-in, winner-take-all, betting pool for supervisors and managers to wager how many plant employees would test positive for Covid-19.

John Casey, an upper-level manager at the plant, is alleged to have explicitly directed supervisors to ignore symptoms of Covid-19, telling them to show up to work even if they were exhibiting symptoms of the virus. Casey reportedly referred to Covid-19 as the "glorified flu" and told workers not to worry about it because "it's not a big deal" and "everyone is going to get it." On one occasion, Casey intercepted a sick supervisor who was on his way to be tested and ordered him to get back to work, saying, "We all have symptoms—you have a job to do." After one employee vomited on the production line, managers reportedly allowed the man to continue working and then return to work the next day.

In late March or early April, as the pandemic spread across Iowa, managers at the Waterloo plant reportedly began avoiding the plant floor for fear of contracting the virus. As a result, they increasingly delegated managerial authority and responsibilities to low-level supervisors who had no management training or experience. The supervisors did not require truck drivers and subcontractors to have their temperatures checked before entering the plant.

In March and April, plant supervisors falsely denied the existence of any confirmed cases or positive tests for Covid-19 within the plant, and allegedly told workers they had a responsibility to keep working to ensure Americans didn't go hungry as the result of a shutdown.

Tyson paid out $500 "thank you bonuses" to employees who turned up for every scheduled shift for three months—a policy decision that allegedly incentivized sick workers to continue reporting for work.

Tyson executives allegedly lobbied Iowa Gov. Kim Reynolds for Covid-19 liability protections that would shield the company from lawsuits, and successfully lobbied the governor to declare that only the state government, not local governments, had the authority to close businesses in response to the pandemic.

This recent lawsuit filed on behalf of a deceased worker claims that managers at Tyson "turned the risk into a game."