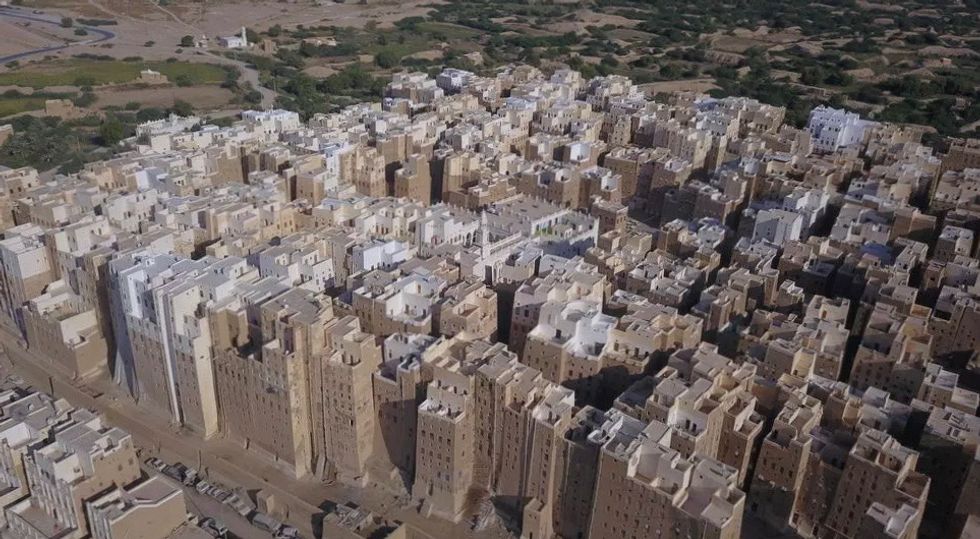 Dubbed the "Manhattan of the desert" for its centuries-old skyscrapers, Yemen's ancient city of Shibam escaped damage in the civil war -- but faces collapse from disrepair amid rains and floods.

Against a backdrop of cliffs looking like America's Grand Canyon, the UNESCO-listed World Heritage site is strategically built on a rocky spur high above the river valley of Wadi Hadramawt, in the arid centre of Yemen.

Some of the hundreds of fantastical sun-dried mud-brick towers soar seven stories high, many dating back to the 16th century, all crammed inside a traditional fortified wall built for protection.

The UN describes the city, once an oasis stop for the camel caravans on the spice and incense routes across southern Arabia, as "one of the oldest and best examples of urban planning based on the principle of vertical construction."

But Shibam is struggling.

The mud-brick constructions need constant repair, but Yemen's economy has collapsed in the brutal civil war raging since 2014, creating what the UN describes as the world's worst humanitarian crisis.

"The city looks like it was hit by a disaster -- without precedent," said Abdulwahab Jaber, a local official in the town, 480 kilometres (300 miles) east of the capital Sanaa.

Jaber said at least four towers have been completely destroyed and 15 others damaged in recent floods, which have killed scores of people across Yemen.

The sun-baked earth walls are crumbling.

Hassan Aidid, head of the General Organisation for the Preservation of Historic Cities in Yemen, said that the roofs and the exterior of the mud towers had sustained the most damage.

"Residents of the city have been unable to restore them because of the war and the difficult situation in which they live," Aidid told AFP.

Yemen is gripped by a war between Iran-backed Huthi rebels -- who control the capital -- and a beleaguered government supported by a Saudi-led military coalition.

Shibam is controlled by the internationally-recognised government, but while it has largely been spared direct conflict, it has not escaped the effects of the war.

The city, with its densely-packed tower houses and alleyways often too narrow for cars, was put on the UNESCO heritage list in 1982 -- but in 2015 it was also added to the "List of World Heritage in Danger."

It came shortly after the Saudi-led military coalition joined the war to support the government against the Huthi rebels.

Aidid said an emergency response plan in cooperation with UNESCO is underway, with approximately 40 buildings being restored at a cost of $194,000.

Private donors have also offered to help, including a Saudi businessman who donated approximately $54,000, Aidid said.

But while restoration plans are going ahead, helped by some funding from the European Union, they are not going fast enough, said Barak Baswitine, head of the association of mud-brick architecture in Shibam.

"There have been some difficulties," he said. "The work is slow due to lack of local skilled manpower that meets the standards."

Shibam is one of three historical sites that bear witness to the mud-brick architectural past of the Hadramawt region in Yemen.

Some 20 kilometres east of Shibam is one of the world's largest mud-brick towers, the Seiyun Palace, which is at risk of collapse as heavy rains and years of neglect take their toll.

The third is the city of Tarim, about 40 kilometres east from the city, and known for its 365 mosques -- including Al-Mehdar, which has the tallest minaret in Yemen.