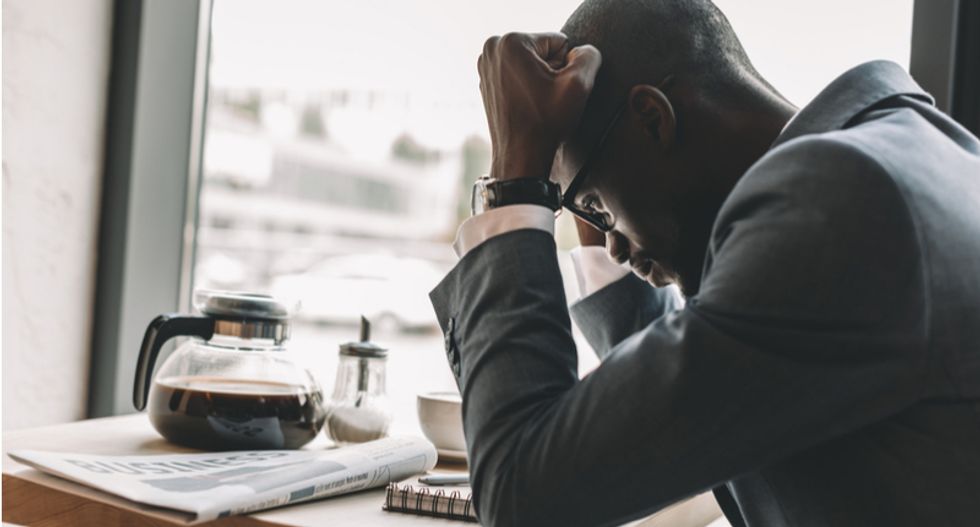 First, they lost their jobs to the coronavirus pandemic, and now many of the more than 20 million people unemployed in the United States may lose something else: the government aid keeping them afloat through the world's worst Covid-19 outbreak.

Congress could still act to extend the benefits provided under the CARES Act rescue package enacted in March, which will otherwise expire on December 26.

But for many of the jobless, lawmakers' months of dithering -- along with the indifference of the overstretched US unemployment systems -- have already taken a toll:

Before the pandemic, Tamora Israel, 37, was a full-time goldsmith, part-time journalist and co-owner of an art gallery in Massachusetts who aspired to finish her degree and get into filmmaking.

Months later, she's jobless, living in Georgia, sharing a house with her parents and younger brother and trying to figure out how a family of four can survive with only $2,000 a month and one licensed driver -- which happens to be herself.

Her days once spent reporting community news or pursuing entrepreneurship are now filled with shuttling her mother to dialysis appointments and picking up groceries.

Then there's the time spent on the phone with Massachusetts unemployment administrators to convince them to restart payments they stopped when she left the state -- which Israel said should not have happened.

"I keep calling back everyday just to be annoying, and remind them I'm a person that needs money," she said.

Life, she expects, will likely stay this way for a while. Her mother's illnesses and need for care mean Israel can't get another job right now.

A felony conviction on her father's record means under Georgia law he isn't eligible for food assistance that could ease the family's financial stress.

"We're all just spinning plates in the air because we don't know what happens next. We're ok for now, but if we get one unexpected bill, we're screwed," she said.

In a time of uncertainty, Grant McDonald is sure of one thing: he will be out of work for a long, long time.

A video director and designer for live events, McDonald, 31, figures the theaters and concert halls he works in will be among the last to reopen, meaning laid-off workers in his industry will need government aid for months more.

Believing Congress wasn't hearing enough from unemployed persons like himself, he joined forces earlier this year with a colleague in the entertainment industry to create ExtendPUA.org.

The group helps people lobby their representatives to renew the CARES Act's provisions, including Pandemic Unemployment Assistance (PUA), the program keeping McDonald from having to move out of his apartment in New York and in with his father on the other side of the country.

But despite more than 30 video meetings with lawmakers and even a trip to Washington -- a self-financed effort that further dwindled his limited cash -- the agreement Congress appears close to reaching will likely exclude some of the assistance McDonald hoped for.

If she wanted to make the most of her art history degree, Alisha Negron, 29, figured Washington, the site of the Smithsonian Institution and 1,500 miles from her home in the US territory of Puerto Rico, was the place to be.

But finding employment at one of the iconic galleries in the shadow of the Capitol building wasn't easy, and so she took other work, most recently serving breakfast and bartending at a hotel in a suburb until the pandemic struck and hospitality workers like herself became the first victims of the mass layoff that followed.

Negron considers herself lucky: her family in Puerto Rico supports her and her shared apartment is affordable.

Yet she can't help but be astounded by how she's been treated by the government unemployment system.

She received weekly jobless aid for months, but a mysterious issue with her blood pressure forced her to spend a good portion of it paying the expensive premium on a health insurance plan.

Then, she lost that aid in November, when the government determined the unemployment rate in Virginia, where she lived, was too low for the state to offer the Extended Benefit program that supported her.

A stimulus deal in Congress could restore her benefits under an extended program, but until then, she's left with credit card debt north of $5,000 and only the approximately $200 in food aid she gets each month to spend.