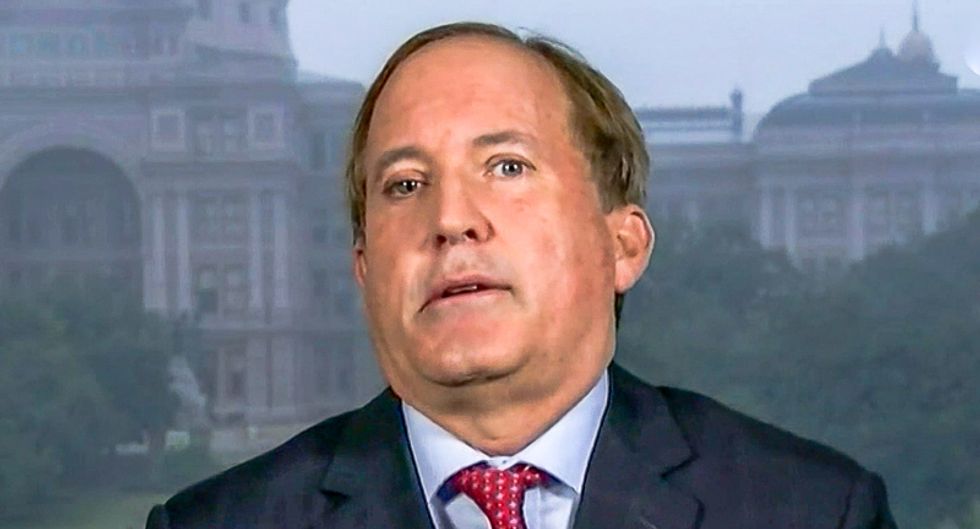 Texas Attorney General Ken Paxton's office told a state district court on Monday that it was not retaliating when it fired former top Paxton aides who had reported their boss to authorities for possibly breaking the law.

In the agency’s first official response to a lawsuit filed by four of eight whistleblowers who left the agency after leveling the accusations, Paxton's attorneys roundly rejected pages and pages of allegations of wrongdoing and retaliation in just a few brief sentences.

The agency “generally denies each and every claim and allegation” made by the whistleblowers, attorneys for the state wrote in the brief filing.

“Any action Plaintiffs allege to be an adverse employment action was the result of each Plaintiff’s own misconduct, lack of competence, and/or disloyalty to the Office,” attorneys for the agency wrote.

Representing the agency are two outside attorneys, William Helfand and Sean Braun of Lewis Brisbois Bisgaard & Smith LLP in Houston. The attorney general’s office did not answer questions about how much the outside lawyers are being paid.

Paxton is now reportedly being investigated by the FBI over the allegations raised by the aides.

Four former top staffers at the agency — Blake Brickman, Ryan Vassar, Mark Penley and David Maxwell — sued their former employer on Nov. 12, claiming they suffered retaliation, including wrongful termination, after reporting Paxton to authorities. At the time, just three of the men had been fired; Vassar, who had been placed on paid leave, was fired days after filing the lawsuit. His attorney, Joseph Knight, said he was given “made-up, nonsense reasons” for the termination, which he believes was motivated by the lawsuit.

The agency did not respond to questions about why Vassar was fired, but a spokesman for Paxton has said that other terminations were not acts of retaliation. Spokespeople for the agency did not immediately return requests for comment on the lawsuit Monday morning.

TJ Turner and Tom Nesbitt, who represent Brickman in the whistleblower suit, called the attorney general's office's response "laughable and completely unsupported," pointing out that under Texas law, adverse personnel actions taken within three months of a whistleblower report are "presumed" to be retaliation.

"Calling the whistleblowers disloyal reveals Ken Paxton’s perverted sense of what it means to be a public servant," the attorneys said in a joint statement. "The whistleblowers acted with loyalty to the rule of law, not to Ken Paxton personally, and he punished them for it."

Ultimately, five of the whistleblowers were fired and three resigned.

The top aides allege that Paxton broke the law by using the agency to do favors for a political donor, real estate investor Nate Paul. According to the aides, as well as numerous court records, official documents and media reports, Paxton intervened on Paul's behalf in a number of open records requests, rushed out a legal opinion that helped Paul avoid foreclosure sales on multiple properties and took the unusual step of intervening in a lawsuit between Paul and an Austin charity.

Most strikingly, Paxton hired an outside attorney to probe claims by Paul that federal and state authorities had mistreated Paul in a raid on his home and office in 2019. Paxton hired the outside lawyer, top aides say, even though agency staff had already vetted Paul’s allegations and found them meritless.

Paxton has dismissed his aides’ allegations as “false” and called them “rogue employees.” In a statement last month, Paxton, who has been under indictment since 2015 on separate securities fraud charges, said he knows “a little something about being falsely accused” and dismissed the allegations made by the whistleblowers, which he said were “overblown, based upon assumptions, and to a large degree misrepresent the facts.”

The relationship between Paul and Paxton remains unclear, though they are friendly and Paul gave Paxton’s campaign $25,000 in 2018, as Paxton sought a second term as attorney general. Paul also revealed in a deposition this fall that he had employed a woman at Paxton’s recommendation, though he said it was not a favor to Paxton. The woman, according to two people who said they learned directly from Paxton in 2018, had been involved in an extramarital affair with the attorney general.