Brett Kavanaugh probe must be reopened after FBI allegedly ignored thousands of tips about him: Ex-federal prosecutor 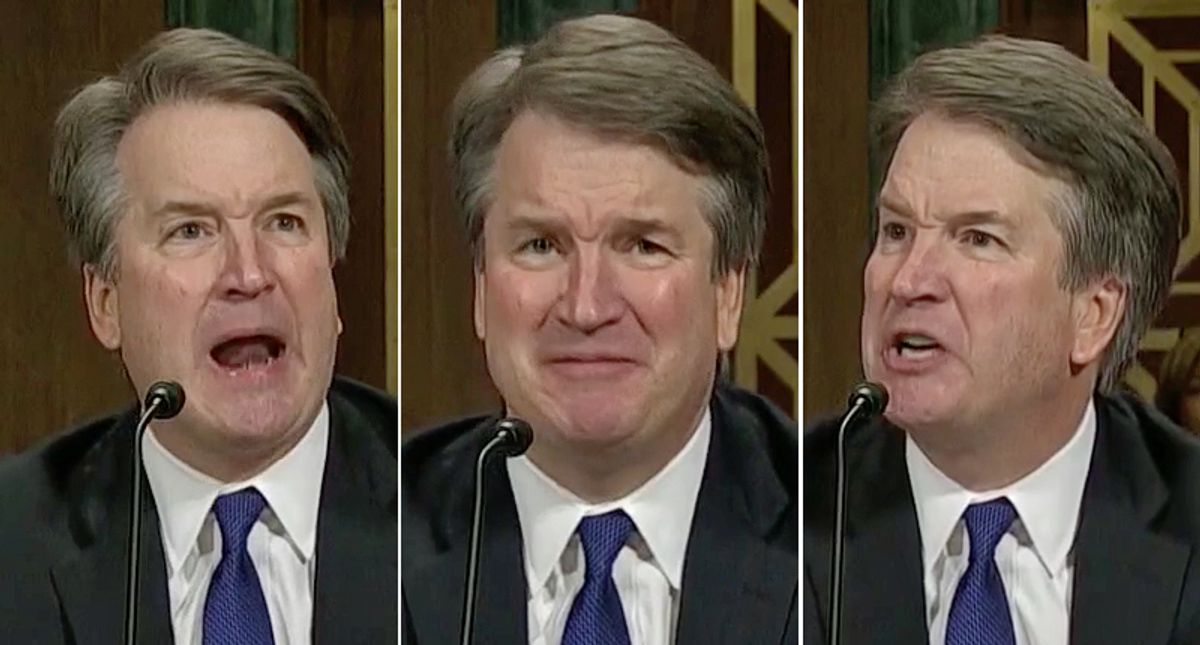 Former federal prosecutor Glenn Kirschner is demanding an investigation into the FBI after it was revealed that there were 4500 complaints filed against then-Judge Brett Kavanaugh that went ignored and were merely handed over to the White House.

The Guardian reported that the FBI claimed they didn't have the authority to investigate Kavanaugh during his nomination process. It comes while the FBI is facing demands of a probe into how it mishandled allegations that Dr. Larry Nasser was molesting and raping Olympic gymnasts.

In 2018, when Dr. Christine Blasey Ford came forward with her allegations of sexual assault when they were in high school. A Yale classmate also accused Kavanaugh of exposing himself to her when they were in college. The FBI has been accused of not thoroughly investigating those allegations, as well as flat-out ignoring thousands of others while doing a background check into Kavanaugh.

The FBI closed their background check after just four days, handing over all 4500 allegations against him to President Donald Trump's White House officials.

"The very person — the very office that was trying to cram Brett Kavanaugh's nomination to the Supreme Court down America's throat," said Kirschner.

It was only this week that the FBI revealed to the Senate Judiciary Committee how many tips they got about Kavanaugh that went ignored.

"At the heart of the new questions that [Christopher] Wray will face later this week, when he testifies before the Senate judiciary committee, is a 2010 Memorandum of Understanding that the FBI has recently said constrained the agency's ability to conduct any further investigations of allegations of misconduct," said the report.

Kirschner explained that presumably the new administration has those 4500 accusations and could conduct an investigation into them. He went on to call for the 4500 citizen tips to be subpoenaed by Congress so that they can see the accusations that were ignored.

"Let's start doing some damn justice," he said, noting that women in Texas deserve it as do the rest of America.

"In its years-late response to our questions, the FBI leaned hard on the notion that this MOU limited its authority to be the FBI and investigate wrongdoing. Now that we have the MOU, it's even harder to understand the Bureau's excuses for ignoring credible information it received. Director Wray ought to be ready to answer my questions about this episode — I won't stop asking until he does," said Sen. Sheldon Whitehouse (D-RI).

See the analysis below: