Is America doomed?  Or is this just a huge opportunity for the progressive agenda? 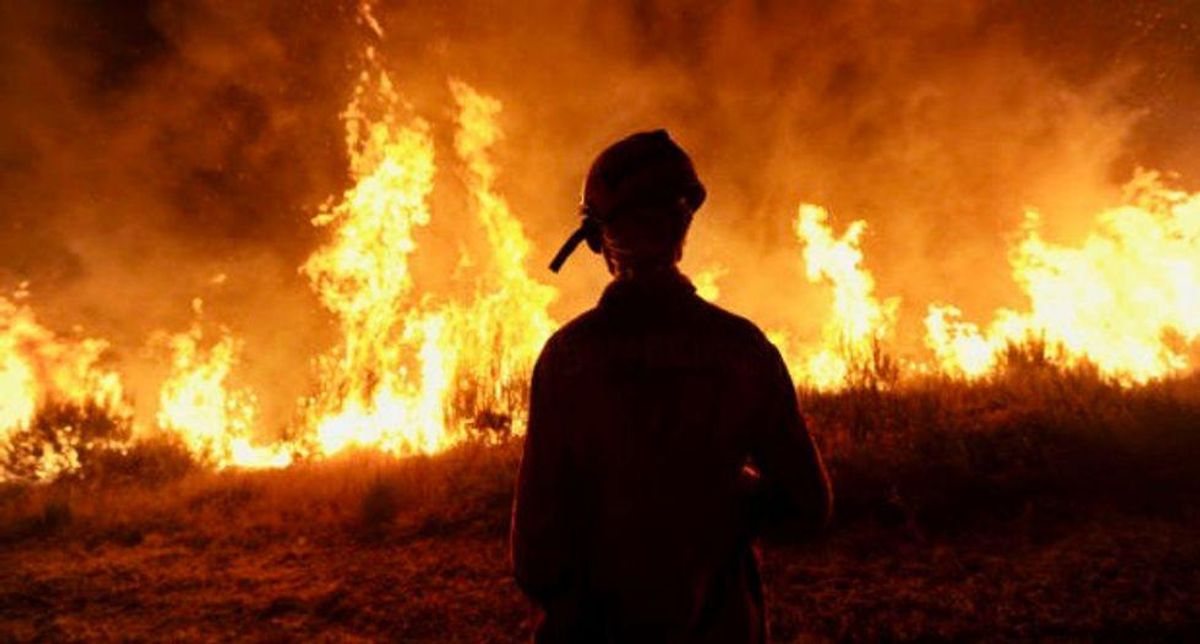 Some Americans feel like we're living through a "last days" biblical Revelation kind of scenario.

There's a worldwide pandemic that is even killing our children; climate change has drowned the East Coast while the West Coast is on fire; emergency workers and firefighters are struggling with Covid; and a group of rightwing billionaires and religious freaks have seized control of one of our political parties and are hell-bent on pushing us back to the 19th century, crushing democracy and rolling back voting rights while taking ever-more control over women and minorities.

Many Americans are being crushed by this. People losing their homes to wildfire or floods; losing their jobs to an economy battered by recession, pandemic and environmental crisis; facing huge medical bills simply because they got sick in America. Others are caught in doom-scrolling loops, obsessing on all the bad news that fills our airwaves.

For some it's so overwhelming they simply give up or check out. They retreat altogether from reading the news and participating in politics, immersing themselves instead in alcohol, yoga or Netflix.

But, as the old cliché goes, times of great crisis are also truly moments of great opportunity, and, while some will give up and walk away from political activism, giving the billionaires, trolls and the GOP what they want, others realize the importance of doubling down now on our activism.

My SiriusXM colleague Joe Madison has taught me the difference between "movements" and "moments."

In 1872, Susan B Anthony voted in the presidential election; she was immediately arrested and convicted the following year for voting while female. It was a moment that seemed like a setback, but it was also a turning point that reinvigorated a movement.

When Reconstruction failed in 1876, it was a terrible moment for African-Americans, but it didn't stop the broad and growing movement to create a true multiracial, multiethnic democracy in this country. Examples from that time to today number in the thousands, and thankfully activists never gave up.

We have a Republican Party entirely captured by rightwing billionaires and polluting industries; members of the GOP are now calling for "bloodshed" as a way of solving political conflict. Some participated in an attempt to seize the US Capitol and assassinate the Vice President and Speaker of the House.

The so-far-successful effort to use vigilantes to intimidate low-income women in Texas is poised to spread across the United States through newly energized Republican-controlled legislatures. Five hardcore rightwingers on the Supreme Court have given it their stamp of approval.

Republicans, again with SCOTUS approval, have changed voting laws in 19 states now so they can rig elections to maintain their power in defiance of the majority of American voters.

This is a true moment of crisis on so many different levels, which is why it's not only critical that we seize this moment to throw ourselves into meaningful political activism, but also to take care of ourselves at deep emotional and spiritual levels.

Louise and I have been going in "awe walks" where we take a walk for a mile or two and go out of our way to look for things that strike us with "moments of awe."

Clouds, trees, a particularly extraordinary plant, a squirrel preparing for winter, a group of enthusiastic young people: life is such an extraordinary miracle and it's so easy to take for granted. We go out of our way to look for the awe-inspiring and miraculous every day, and then to be thankful for and appreciative of it.

We've been reaching out more to old friends, too, and reestablishing regular family Zoom meetings and other ways of maintaining human contact. There's some fascinating new research that shows that maintaining meaningful human connections through life extends both the quality and length of life more effectively than even a good diet!

However we do it, we need to keep ourselves well-charged, inspired and enthusiastic during this time of multiple and seemingly an ending crisis.

Throughout most of our 20s, Louise and I had a poster on our bedroom wall with a saying that has been attributed to many over the years but most often to Calvin Coolidge:

Nothing in this world can take the place of persistence.
Talent will not: nothing is more common than unsuccessful men with talent.
Genius will not; unrewarded genius is almost a proverb.
Education will not: the world is full of educated derelicts.
Persistence and determination alone are omnipotent.

As Bernie Sanders loves to say, and I echo every day on my show, "Despair is not an option." We must persist.

There is work to do, and, as a wonderful bonus, it gives life meaning and keeps us deeply connected with great allies!

Thom Hartmann is a talk-show host and the author of The Hidden History of American Healthcare and more than 30 other books in print. He is a writing fellow at the Independent Media Institute and his writings are archived at hartmannreport.com.

Time to start firing the unvaccinated: Trump fans are overdue for a lesson in consequences

For those readers who only peruse headlines — which, as anyone who has access to news website analytics can tell you, is a shockingly huge percentage of readers — the impending first round of vaccine mandate deadlines are looking like very scary business indeed.