Capitol intruder used photo of himself at MAGA riots to promote his rap album: feds 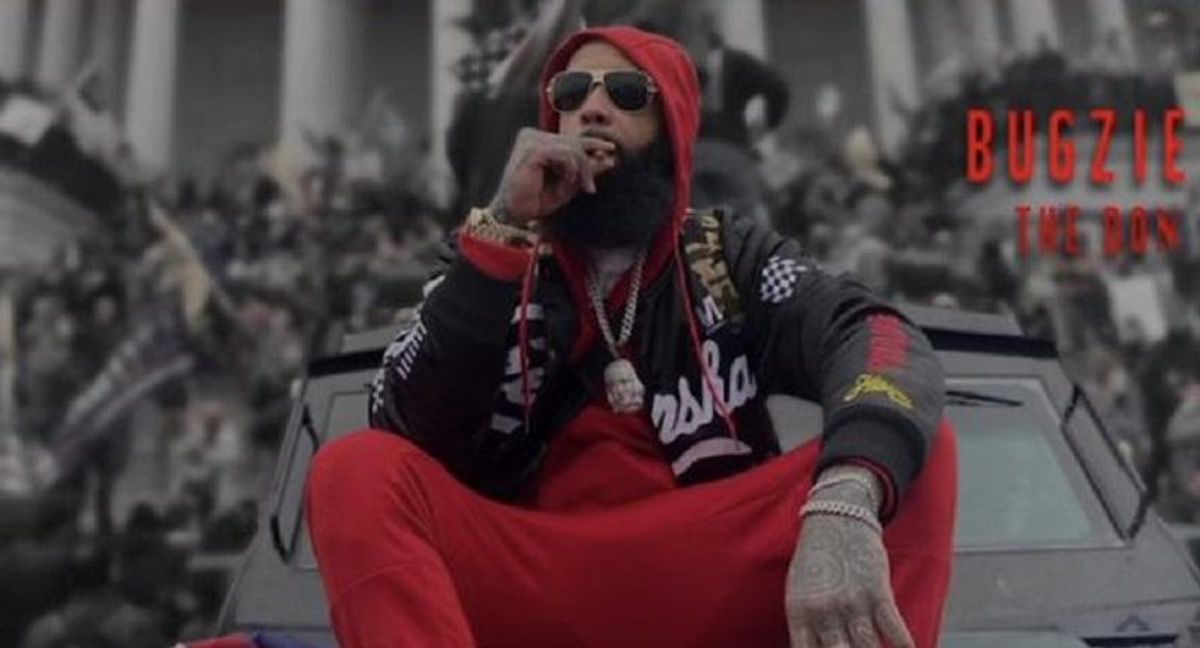 A man arrested for illegally entering the United States Capitol building on January 6th told investigators that he was only in the area to shoot a music video -- and then he subsequently used a photo of himself at the riots to promote his new album.

Via Politico's Kyle Cheney, a man named Antionne DeShaun Brodnax, who goes by the name "Bugzie the Don" as his hip-hop alter ego, was in Washington D.C. to film a music video when he saw a group of protesters storming the United States Capitol building.

Brodnax himself eventually entered the building peacefully by following behind the crowd of Trump supporters who forcibly broke in.

He stayed inside the Capitol for roughly 40 minutes before leaving, and spent most of his time taking photos and videos.

In the weeks since his involvement in the riots, Brodnax started using a photo of himself at the MAGA riots to promote his new Bugzie the Don album, which is titled, "The Capital."