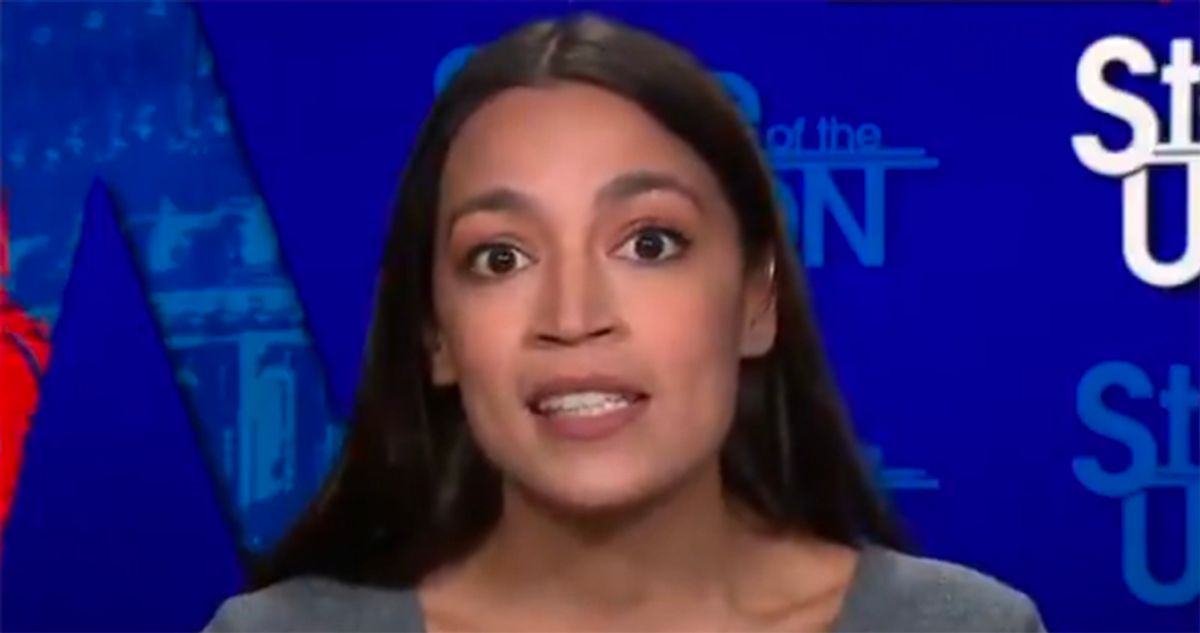 U.S. Rep. Alexandria Ocasio-Cortez D-NY) just slammed "QAnon Congresswoman" Marjorie Taylor Greene over her opposition to the LGBTQ Equality Act. The House will vote on the legislation this week, and is currently engaged in determining the rules for the vote.

Rep. Greene, Republican of Georgia, has been waging war against the bill, falsely claiming it "destroys women's rights and religious freedom," and is "evil."

Greene on Wednesday bragged on Twitter that she had just made a motion to adjourn, in a lame attempt to derail the legislation from moving forward.

I just made a motion to adjourn in order to give every Member of Congress time to rethink destroying #WomensRights and #WomensSports and #ReligiousFreedom before voting for the #EqualityAct!
— Marjorie Taylor Greene 🇺🇸 (@mtgreenee) February 24, 2021

Congresswoman Ocasio-Cortez blasted and mocked her, saying, "You could just vote 'no' instead of trying to get out of work early."

And she reminded Greene that trans women are women.

You could just vote “no" instead of trying to get out of work early.
And you should probably stop using those hashtags because women's rights include trans women. ✌🏽🏳️⚧️💜 https://t.co/iJzA5BrLZF — Alexandria Ocasio-Cortez (@AOC) February 24, 2021

AOC did not stop there.

We're gonna pass the #EqualityAct today, protect our LGBTQ+ family and make the world a little bit better. 🏳️🌈🏳️⚧️
Nothing is going to stop that. — Alexandria Ocasio-Cortez (@AOC) February 24, 2021

Last week AOC made headlines after raising over $5 million for the people of Texas harmed by the deadly storm and lack of power and running water.