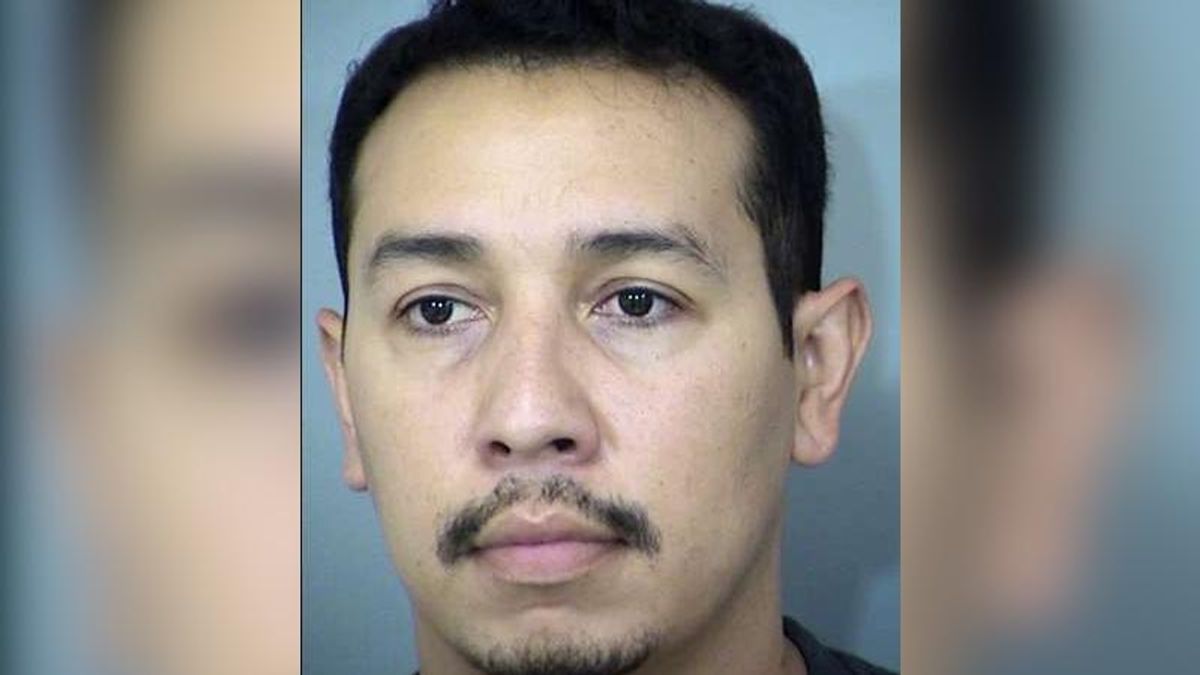 State. Sen. Otoniel “Tony" Navarrete is facing seven felonies for child sex crimes after allegedly molesting and forcing oral sex on a boy who was 12 or 13 years old at the time and his younger brother.

This article was originally published at Arizona Mirror

In a secretly recorded phone call detailed in the probable cause statement that led to his arrest, Navarrete, a Phoenix Democrat, apologized to the older victim.

The police report says the victim, who is now 16 years old, alleges that Navarrete first molested him when he was 12 or 13 by touching the child's penis while he was sleeping. In incidents that occurred over several years, he told police that Navarrete would lie down in bed next to the sleeping boy and touch his genitals under his clothes, sometimes performing oral sex on the boy.

In one instance, the boy recalled Navarrete telling him, “Oh I shouldn't be doing this, this is wrong," before continuing to allegedly molest the child.

The probable cause statement says the boy called Navarrete Thursday afternoon and asked the state lawmaker “if he regrets touching him."

“Otoniel responded by saying of course I regret any bad actions that I did, absolutely wishing everything could be different," Quezada wrote. He noted that Navarrete “told the victim he wasn't well" and that “he is regretful and not happy for his actions (and) having to live with them for the rest of his life."

He is also alleged to have attempted to have sexual contact with the victim's younger brother, who is now 13 years old.

Navarrete on Friday was ordered to stay in jail until a $50,000 secured bond is paid .

Jeanine Sorrentino, a veteran sex crimes prosecutor for the Maricopa County Attorney's Office, requested a $50,000 bond, noting that Navarrete faces a mandatory minimum of 49 years in prison if he's convicted of all the charges.

“The high prison sentence here makes him a flight risk," she told McCarthy.

Roland Rillos, the attorney representing Navarrete, countered that his client has modest means — a $24,000 annual legislative salary and a $58,000 salary for his work as a community liaison at a Phoenix nonprofit — and that proceeds from recently selling his house will be needed to pay for his defense. He also disputed that Navarrete was a flight risk, noting that he cooperated with police and was willing to surrender his passport.

“There's no indication at all… that he's any type of flight risk," Rillos said.

But McCarthy was not persuaded, and he ordered Navarrete held until a $50,000 secured bond was paid. If he's released from custody, McCarthy said the state senator would be subject to electronic monitoring and could not have contact with either his alleged victim or any other minor, including family members.

Navarrete is due to appear in court Aug. 12 for a status conference and again Aug. 16 for a preliminary hearing.

Following his initial appearance, prominent Democrats called on Navarrete to resign. Rep. Diego Rodriguez, a Phoenix Democrat who is running for attorney general, was the first to demand his legislative colleague resign. That call was quickly followed by State Superintendent of Public Instruction Kathy Hoffman, who wrote that the “deeply disturbing charges" cannot be tolerated.

“We must hold our elected leaders to the highest standards," she wrote on Twitter.

Secretary of State Katie Hobbs, a Democrat who is running for governor, also joined the chorus.

“These are incredibly disturbing allegations. Senator Navarrete should resign immediately," she said on Twitter.

In a statement Friday morning, Senate Democrats said they were “deeply disturbed" by the charges against Navarrete, though they didn't call for his resignation and said they were awaiting more details about the allegations.

“These allegations and arrest are serious and deeply troubling. Right now, it's important to allow for due process to take place through our judicial system. We are closely monitoring the situation and are anxious for the facts of this ongoing investigation to be revealed," the Senate Democrats' statement read.

House Democrats also released a statement Friday morning saying they are “deeply alarmed" about the “obviously very serious and disturbing allegations" against Navarrete.

“We will always strongly support survivors of sexual abuse and have no tolerance for any harm caused to children. Until more is known, it is important at this point to let law enforcement do its job and conduct a thorough and complete investigation providing due process for all involved," they said.

Navarrete, 35, of Phoenix, was elected to the Arizona House of Representatives in 2016 and to the state Senate in 2018.

This story is developing and will be updated as more information is gathered.

***UPDATED: This story has been updated following Sen. Navarrete's court appearance and the release of charging documents, and the headline has been changed. The original headline was “Democratic state Sen. Tony Navarrete arrested for child sex crimes."