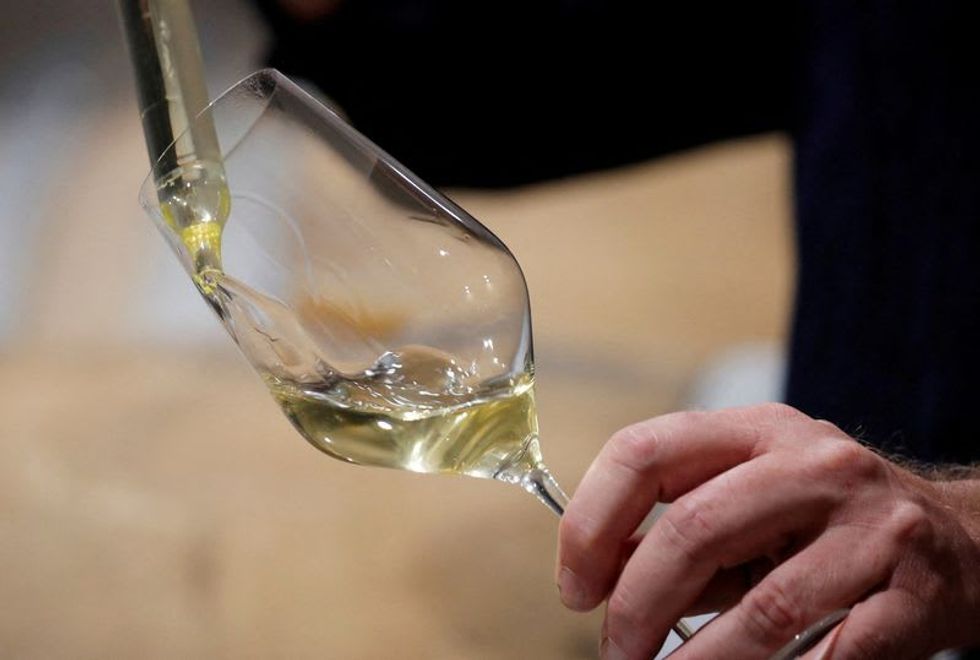 LONDON (Reuters) - You might be tempted to pop corks if you've invested in vintage champagne this year - the most coveted bottles have outperformed all major financial market assets, from Big Tech to bitcoin.

Online platforms that allow you to trade desirable wine, champagne and spirit vintages, much like stocks or currencies, have seen record activity and bumper price movements this year.

Data from LiveTrade, which runs the "Bordeaux Index" of drinks, showed champagne accounted for 15 of the 20 top price rises on the platform in 2021.

The charge was led by Salon le Mesnil's 2002 vintage, described by its producer as "captivating like a samurai sword". It has surged more than 80% in value in 2021 on both LiveTrade and another wine platform Liv-ex, and currently sells for roughly 11,700 pounds a bottle ($15,700).

That beats bitcoin's 75% rise and is nearly five times more than the 18% made by the NYFANG+TM stocks index of Facebook, Amazon, Netflix, Google, Tesla and Microsoft which have powered world equity market gains of late.

LiveTrade CEO Matthew O'Connell said several factors had fuelled a boom in fine-wine trading this year - "from low interest rates and high levels of savings accumulated by the wealthy during numerous global lockdowns, to a growing focus on hard assets in the face of rising inflationary pressures".

Champagne benefited early in the year as it was exempt from the 25% U.S. tariffs put on European wines by Donald Trump's U.S. administration which were then suspended shortly after Joe Biden took over.

Cristal's 2012 and 2013 champagnes were the most-traded bottles of the year overall, LiveTrade said, followed by leading fine wine, the 6,450-a-bottle Lafite Rothschild 2014.