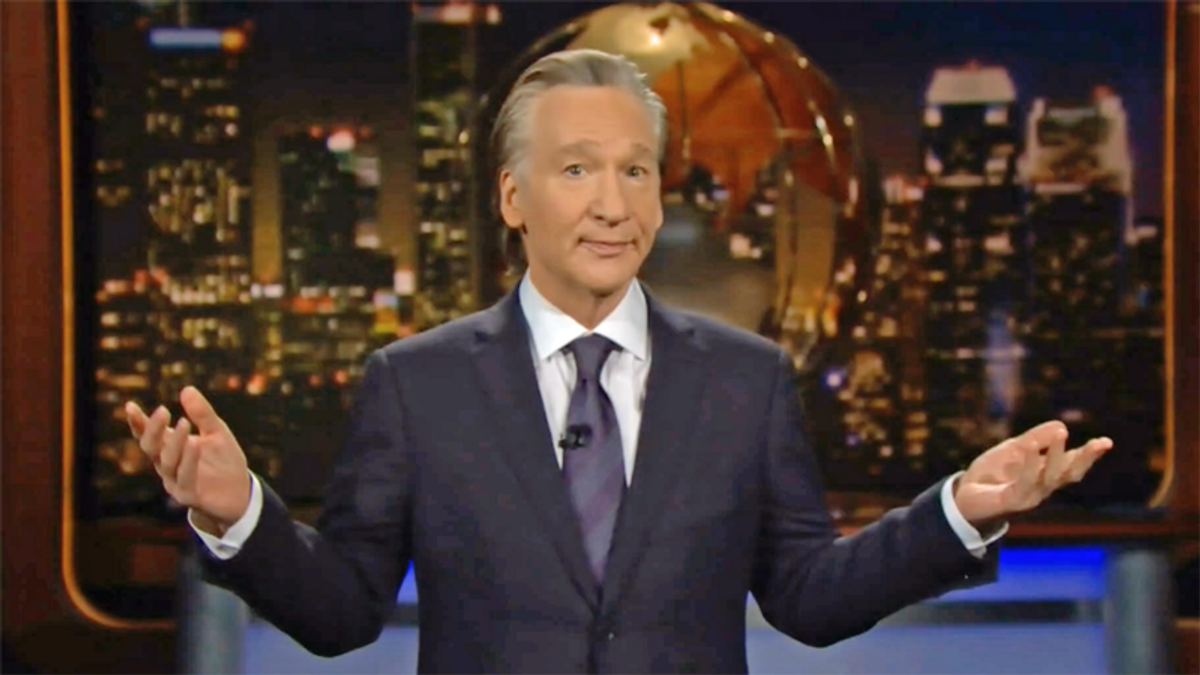 "Also this week, we finally got some clarity on the most pressing issue of our time: did Meghan make Kate cry or did Kate make Meghan cry?" he asked. "Tell me now so I know who we aren't talking to at lunch."

"I've never understood this fixation with the royal family, but boy, this week, you're all talking about it, I mean, you can't avoid it," he continued. "Oprah did a big interview with Harry and Meghan on CBS -- which makes sense, because when I turned it on, boy did I see BS."

"You can hate the racism, but not love them for everything else. I mean, Meghan did claim that before dating Harry, she'd never googled him and said she didn't know much about the royal family," Maher said. "Come on, Meghan, you filmed your television show for years in Toronto -- every time you bought a mochaccino you used coins with your mother-in-law's face on it."