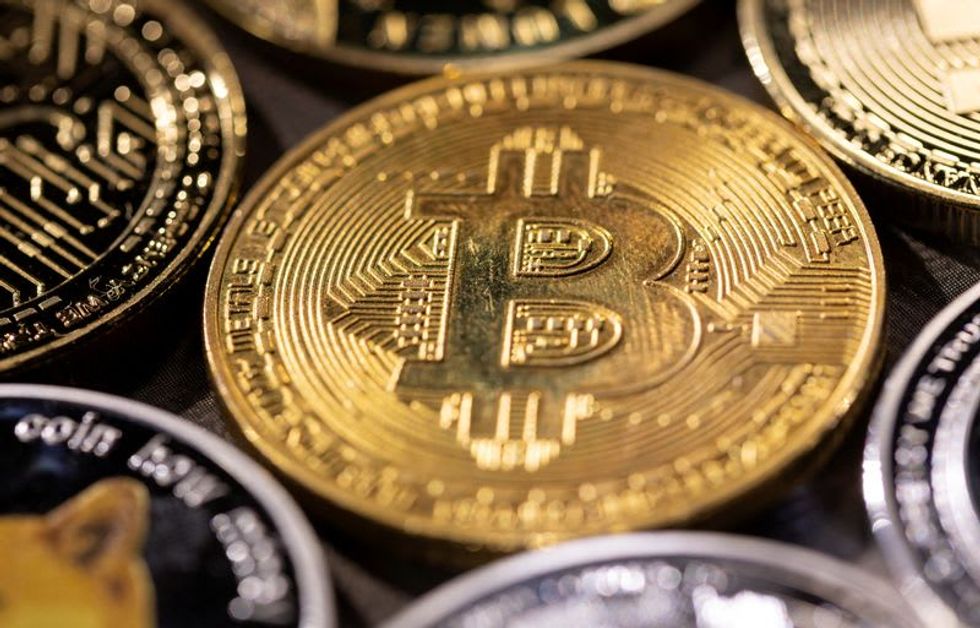 By Tom Wilson and Gertrude Chavez-Dreyfuss

LONDON/NEW YORK (Reuters) -Bitcoin slumped on Wednesday to a new 18-month low, dragging smaller tokens down with it and deepening a market meltdown sparked by crypto lender Celsius this week freezing customer withdrawals.

The digital currency sector has been pummeled this week after U.S. crypto lender Celsius froze withdrawals and transfers between accounts, stoking fears of contagion in markets already shaken by the demise of the terraUSD and luna tokens last month.

Expectations of a 75 basis-point interest rate hike from the U.S. Federal Reserve later on Wednesday amid blistering inflation have also pressured risky assets from cryptocurrencies to stocks.

The value of the global crypto market has tumbled 70% to under $900 billion from a peak of $2.97 trillion in November, CoinMarketCap data shows.

"Some parts of the broader crypto ecosystem are facing a rather harsh reckoning," said Mikkel Morch, executive director at digital asset hedge fund ARK36. "As the reality of the bear market starts to settle in, the hidden leverages and structural weaknesses of projects that only worked when the prices went up are finally brought to light."

Celsius has hired restructuring lawyers and is looking for possible financing options from investors, the Wall Street Journal reported, citing people familiar with the matter. Celsius is also exploring strategic alternatives including a financial restructuring, it said.

The chaos in the crypto market has spread to other companies, with a number of exchanges slashing workforces.

Still, others are continuing to hire. Binance, the world's largest exchange, said on Wednesday it was hiring for 2,000 positions, and U.S. exchange Kraken said it had 500 roles to fill.

Crypto hedge fund Three Arrows, amid social media chatter it is facing liquidation issues, said it was committed to working things out.