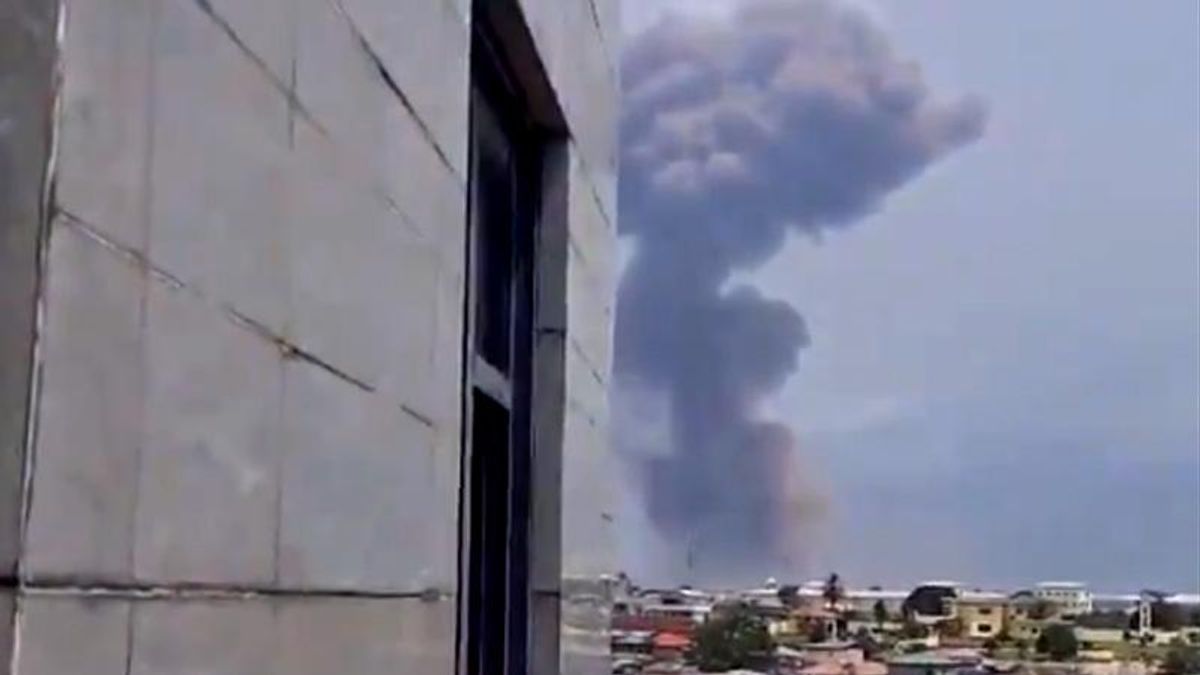 It showed images of a thick column of black smoke, which TVGE said was coming from the Nkoa Ntoma military camp in the economic capital Bata.

The first blast occurred in the early afternoon and in the early evening TVGE referred to "casualties" but said it had not determined whether there were any fatalities.

"We hear the explosion and we see the smoke, but we don't know what's going on," one local resident, Teodoro Nguema, told AFP by telephone.

It is not yet known what caused the blasts, but early reports suggested they might have come from the camp's armoury, according to a journalist with the TV channel.

The camp houses among others elements of the army's special forces and the paramilitary gendarmerie, the journalist said.

Bata is the largest city in the oil- and gas-rich nation, with around 800,000 of the nation's 1.4 million population living there -- most of them in poverty.

While it sits on the mainland, the capital Malabo is on Bioko, one of the country's islands off the west African coast.

His jet-setter son, Teodoro Nguema Obiang Mangue, vice president with responsibility for defence and security, appeared in the television footage at the scene of the blasts inspecting the damage, accompanied by his Israeli bodyguards.

Teodorin, as he is known, is increasingly seen as the president's designated successor.

In December last year the UN's top court found in favour of France in a bitter battle over a swanky Paris property seized in a corruption probe into Teodorin.

The authoritarian leader has seen off at least half a dozen assassination or coup attempts to become Africa's longest-serving leader.

Malabo claimed to have foiled a coup plot in December 2017 for which 130 people were sentenced to prison terms ranging from three to 96 years, half of them in absentia.

They included five French nationals as well as citizens of Chad, the Central African Republic and Cameroon.