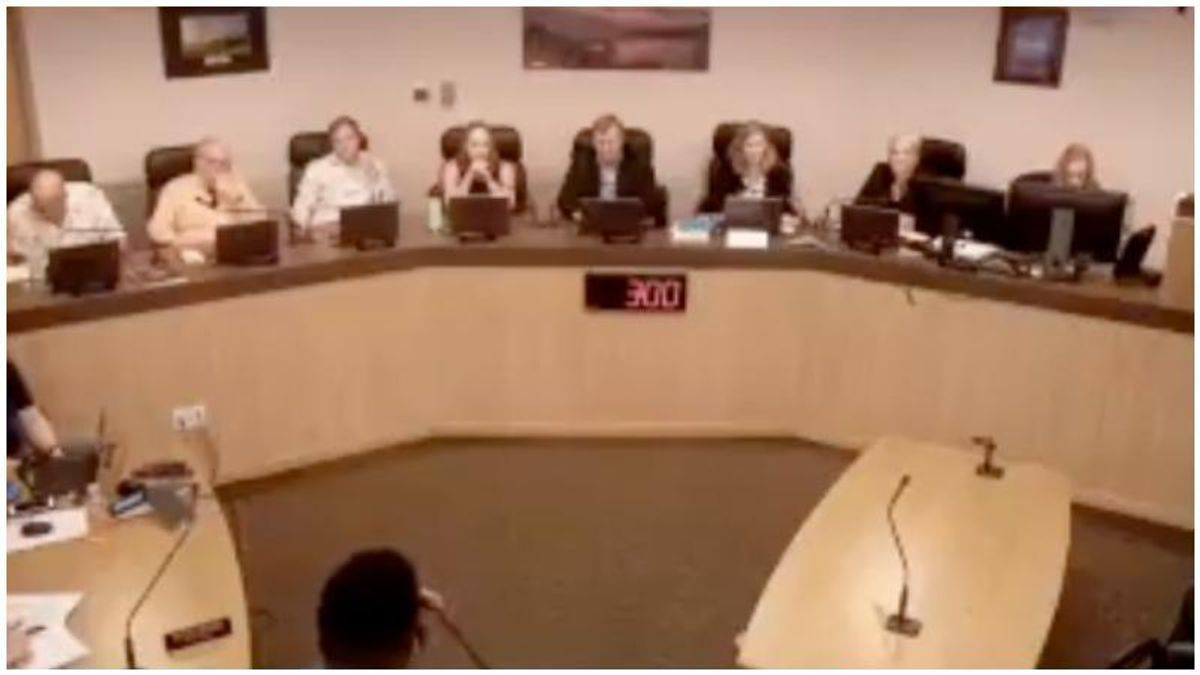 "Oh, so you think we are all racist? You think you are the second coming of Christ?" the man reportedly said.

Osterberg, who is a gay Black man, said the man accused him of spreading HIV and AIDS, and called him "blasphemous."

"You are a sinner and you need to be stoned. That is why I brought this stone," Osterberg said the man told him.

The man was then escorted out of the building by police.

But according to Klamath Falls police chief Robert Dentinger, the man was not arrested.

"As of (Monday) night there was not enough information to arrest him," Dentinger said. "But as things change, we are going to have to talk to him."

"It basically shows us what is out there, and our work towards equity and doing away with this kind of conflict is what we are working towards," Westfall said. "It's unfortunate, but we do have freedom of speech and people on the internet are saying all sorts of stuff ... I think it's just unfortunate but we definitely need to educate people and keep moving forward."