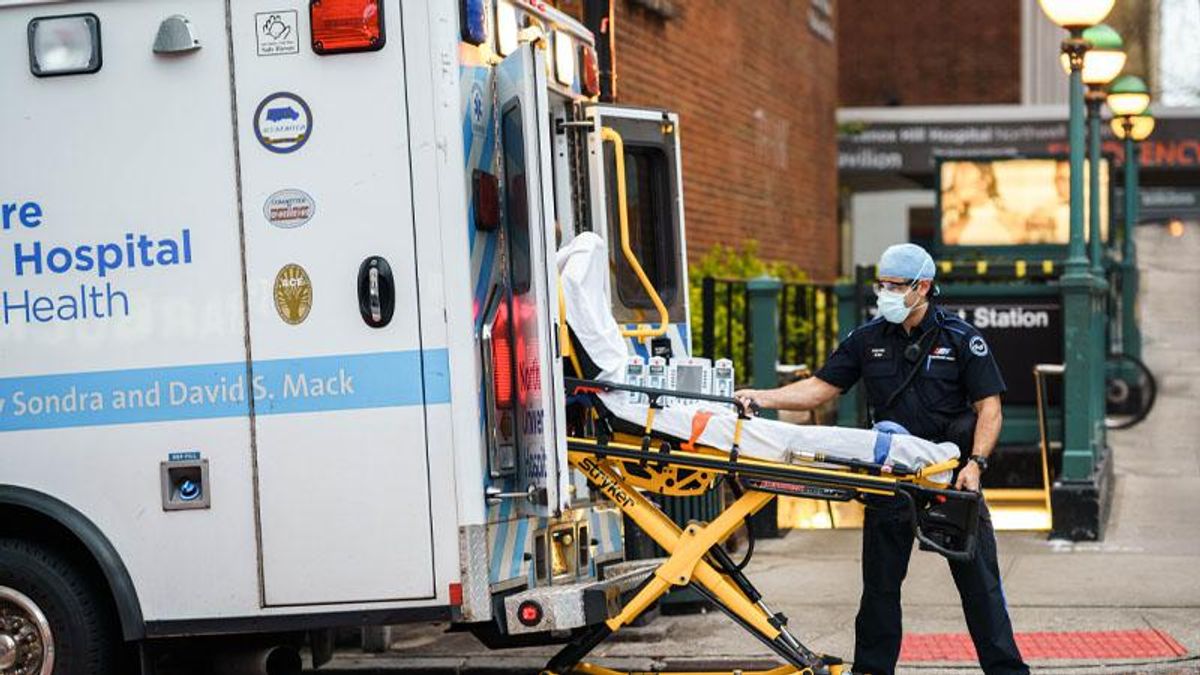 Apparently, the bodies of sick or dead children are not a motivator for today's Republicans.

Then again, when were they?

This article was originally published at Colorado Newsline

When 20 children were gunned down at Sandy Hook elementary school in 2012, Republicans didn't fight to end gun violence — they doubled down on unfettered gun access.

When scientists warned decades ago that generations of children would grow up with the perils of climate change, Republicans didn't lead the charge for clean energy — they called the scientists liars and increased their support for oil and gas companies.

And now, as pediatric hospitals overflow with children hospitalized by the delta variant, Republican leaders aren't coming to the rescue — they are the ones still refusing mask mandates and pandering to anti-vaxxers under the guise of freedom.

Setting aside the impacts of COVID-19 on adults, I could write all day about how the delta variant is looking worse for kids.

I could point out the increased transmissibility, noting that for every infected person the delta variant now infects an average of six or seven new people — not two or three like last year's strain. Coupled with new evidence that suggests younger children might actually be more likely to spread the disease, it's easier than ever for young people to get sick from this virus.

I could point out how the delta variant has led to a near sevenfold increase in pediatric cases over 30 days from July to August — a time when children haven't been in school — and how children now make up about 15% of overall cases in the United States. With precautions getting thrown out the window, classrooms are already becoming hotbeds of viral transmission as schools reopen.

I could point out how vaccinations among American teenagers are the lowest of all eligible age groups, and nowhere near the amount needed to resume activities as normal. As of just a few weeks ago, only 25% of children ages 12 to 15 were fully vaccinated.

I could highlight how at least 1,902 children have been hospitalized for COVID as of Saturday, or share the deaths of five school children in Mississippi who recently contracted the virus. I could remind everyone that many of these children are not yet eligible for the vaccine, and they are wholly reliant on the adults around them to make safe decisions.

I could then go on to make very reasonable, science-informed policy proposals for universal masks — they work — and vaccines — they work, too — to reduce transmissions. I'd provide graphs and cite experts to show how it's easier to prevent outbreaks than control them, and why that's better for the economy. Most of all, I'd point out that refusing to impose mask mandates and strong quarantine measures in schools is akin to inviting the “Outlook does not look good" response from a Magic 8 Ball.

And if I did all this, would it matter?


I don't know. It feels like despite all the deaths in the past year and a half, too many American adults would still rather protect their perceived right to do whatever they please over protecting the right of a child to live.

Republican leaders — and all adults — prove me wrong.

Prove to me that mandating a thin piece of cloth over your nose and mouth isn't too much effort to save the life of a child.

Prove to me that you'll strongly support vaccinations, because you understand that the best path to a child's long-term health is overcoming this pandemic as quickly as possible.

Prove to all of us that your mantra isn't “Freedom for me, but not for thee."