Chris Wallace tears into Corey Lewandowski: 'You're going to blame the president's inaction on Dr. Fauci?' 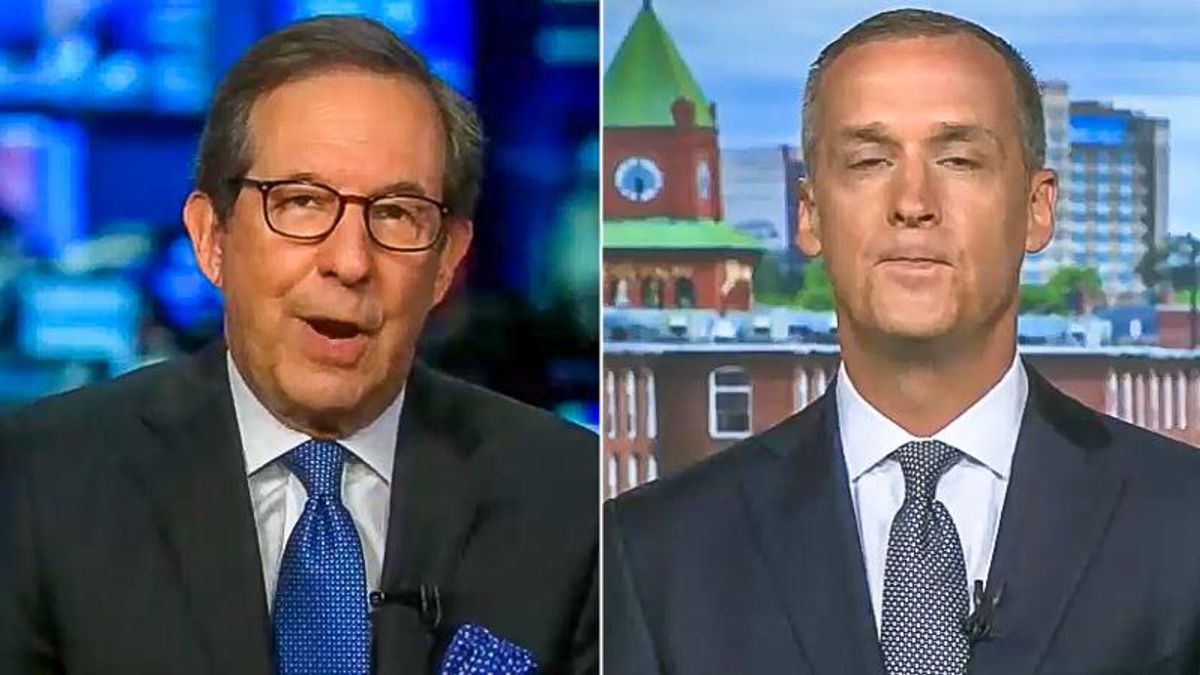 During an interview on Fox News, Lewandowski floated the idea of a special congressional commission to investigate China and the origins of the COVID-19 virus.

But Wallace pointed out that Trump had avoided investigating China during his time as president.

The Fox News host continued: "At least two months after Donald Trump was warned by his own national security adviser that this was going to be the greatest threat of his presidency and proceeded to play it down -- as late as March 27th of last year, Donald Trump was still praising [Chinese President Xi Jinping] and still talking about how cooperative he was."

"We were listening to what the media has defined as the experts and Dr. [Anthony] Fauci specifically," Lewandowski replied.

"No," Lewandowski insisted. "But look, Chris, if we're going to follow the science and listen to Dr. Fauci, he has been lifted up by the media as the foremost expert on this matter in the world. Listen to what Dr. Fauci said. First, he said masks would not be needed. Then he said banning flights coming in from mainland China were [sic] not necessary and now we know, Chris, that Dr. Fauci, through his government agency, funded at least $800,000 of government taxpayer money to the Wuhan laboratory."

"The question with all the emails coming out from Dr. Fauci is what did he know and when did he know it?" Trump's confidante added. "And did he give information to the president which we could have used to prevent a series of these deaths from occurring?"

Lewandowski went on to insist that Trump was "tough on China" because he imposed tariffs.

"We could go on on this and the fact that the president refused to wear a mask in public for over three months after the CDC recommended it," Wallace said. "But let me move on to another subject."