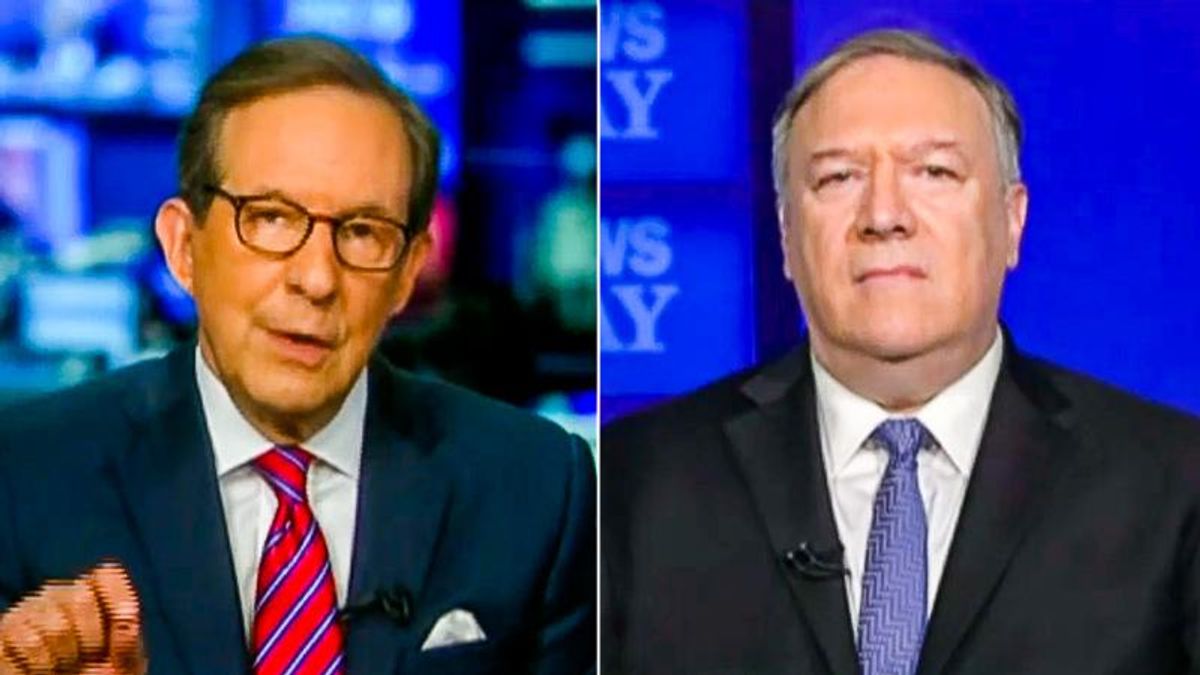 "You also criticized President [Joe] Biden for not pushing hard enough on China to look for the origins of the coronavirus," Wallace noted. "But I want to again go back to your administration and the record there."

Wallace continued: "President Trump and his team, including you, had almost a year after the COVID-19 first came on the scene to really press Beijing on what the origins were when the evidence was much fresher... What did President Trump and his administration, including the secretary of state, do to press China harder to get the evidence on where the COVID-19 virus came from because we still don't know?"

But Pompeo refused to answer the question.

"Chris, the predicate of your question is all wrong," he insisted. "We have a really good idea what happened here. There is an enormous amount of evidence that there was a leak from the Wuhan Institute of Virology. There's a pile of evidence 100 feet high. I have high confidence that that's the case."

"We pressed the Chinese communist party really hard," Pompeo said. "We withdrew from the WHO, which had become politicized. This administration chose to get back into that. I don't know what tools they think they're going to use. But we were serious in this endeavor. We made it clear that there would be real consequences for the Chinese Communist Party."

The former secretary of state added: "We got very close to being able to make a laydown case for what actually happened and how this virus came to kill millions of people around the world and destroy billions of dollars in wealth. We know enough now. The coverup continues and it's time for accountability."

"Do you believe that the virus came from a lab leak from the Wuhan Institute?" Wallace asked.