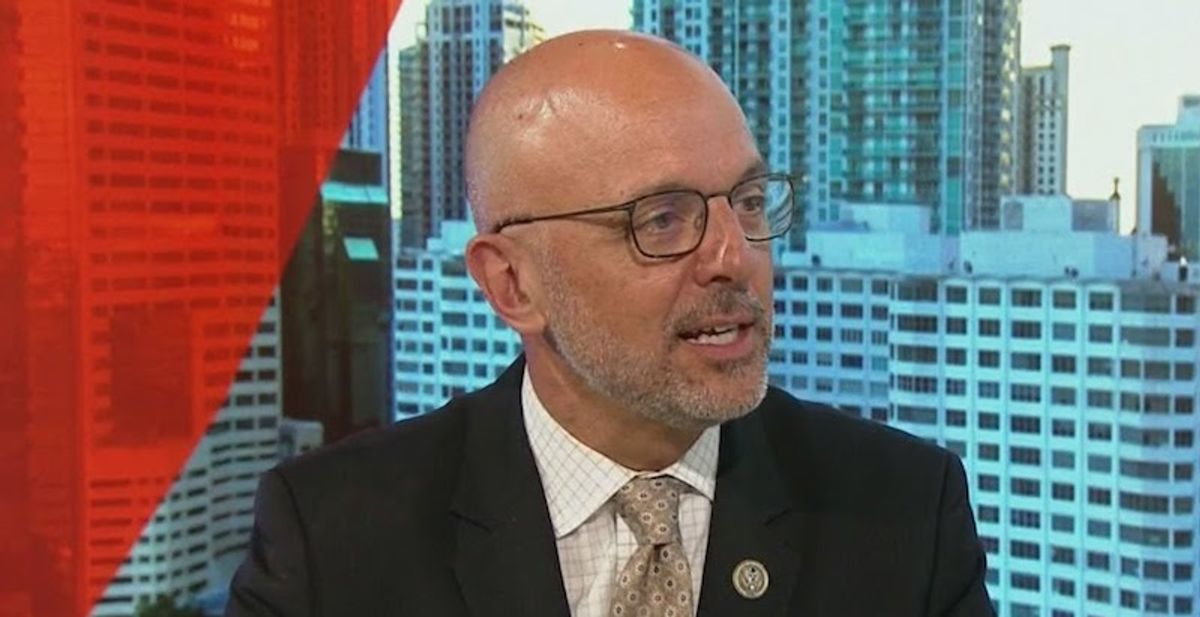 The reintroduction of the Democracy for All Amendment in the 117th Congress—led by Reps. Ted Deutch (D-Fla.), John Katko (R-N.Y.), Jim McGovern (D-Mass.), and Jamie Raskin (D-Md.)—occurred on the 11th anniversary of Citizens United v. Federal Elections Commission, a 5-4 ruling which affirmed that corporations are legal persons and that they, labor unions, and other outside groups could spend unlimited amounts of money to influence the outcome of U.S. elections.

A separate but related measure, the We the People Amendment, has also been reintroduced in each successive Congress since the 113th, most recently by Rep. Pramila Jayapal (D-Wash.) in February 2019. The amendment would preclude artificial entities such as corporations and limited liability companies from enjoying constitutional rights, which would be reserved for natural persons.

Deutch asserted in a statement released Thursday that Citizens United has "put an unacceptable price of admission on American democracy."

We cannot allow the wealthiest individuals and corporations to flood our elections with cash through complex webs of Super PACs and dark money groups that put special interests above the will of the American people. Americans overwhelmingly support stronger gun laws to keep our communities safe, action on climate change to preserve our planet, and a fair economy that doesn't leave the most vulnerable behind or deny people basic needs like healthcare and a living wage.
Unfortunately, big money in our politics gets in the way time and time again. Limitless campaign spending makes it harder for Washington to solve problems and opens the door to corruption. To ensure that our elections produce a democracy for all, we must overturn Citizens United and get big money out of our elections.

Robert Weissman, president of the consumer advocacy group Public Citizen, welcomed the amendment, saying it "unites the American people," who he said "are furious about a rigged political system that responds to the whims of Big Money rather than the needs and desires of regular people."

"The American people know that Citizens United embodies, perpetuates, and locks in that rigged system," Weissman added. "That's why by overwhelming numbers they favor a constitutional amendment to overturn [it] and related decisions that create an overclass of the wealthy few and consign the rest of us to political serfdom."

Others are seeking to undo the damage wrought by Citizens United via the legislative route. Senate Democrats led Majority Leader Chuck Schumer (N.Y.), Jeff Merkley (Ore.), and Amy Klobuchar (Minn.) announced Tuesday that the first bill they will offer will be the For the People Act (pdf), which would expand voting rights, limit partisan gerrymandering, strengthen ethics rules, and limit money in politics.

The progressive advocacy group Stand Up America on Thursday called for the passage of the For the People Act within President Joe Biden's first 100 days.

"Under the leadership of the Biden-Harris administration and with a Democratic Congress, we have a tremendous opportunity to undo some of the damage done by the Roberts Court by passing the For The People Act," Stand Up America managing director Christina Harvey said in a statement.

"Mitigating the damage Citizens United has done to our democracy won't be easy," added Harvey, "but the critical campaign finance reforms in the For the People Act—including creating a small-dollar matching program and requiring super PACs to disclose their donors—are an important first step."

As expected, outside election spending—which was already increasing before Citizens United—skyrocketed following the ruling. According to the Center for Responsive Politics' OpenSecrets.org, outside spending in the 2020 election cycle by super PACs, political parties, and "dark money" groups, among others, totaled a record $2.9 billion, more than double the amount spent in 2016. That's up from $143.8 million in 2008, the last presidential election year before Citizens United.

Citizens United also flung wide open the floodgates to megadonors, who had previously been limited by political action committee caps. According to OpenSecrets, Richard and Elizabeth Uihlein gave over $58.3 million to Republicans during the 2020 election cycle, while Thomas and Kathryn Steyer, the top Democratic donors, spent $54.6 million on liberal races.