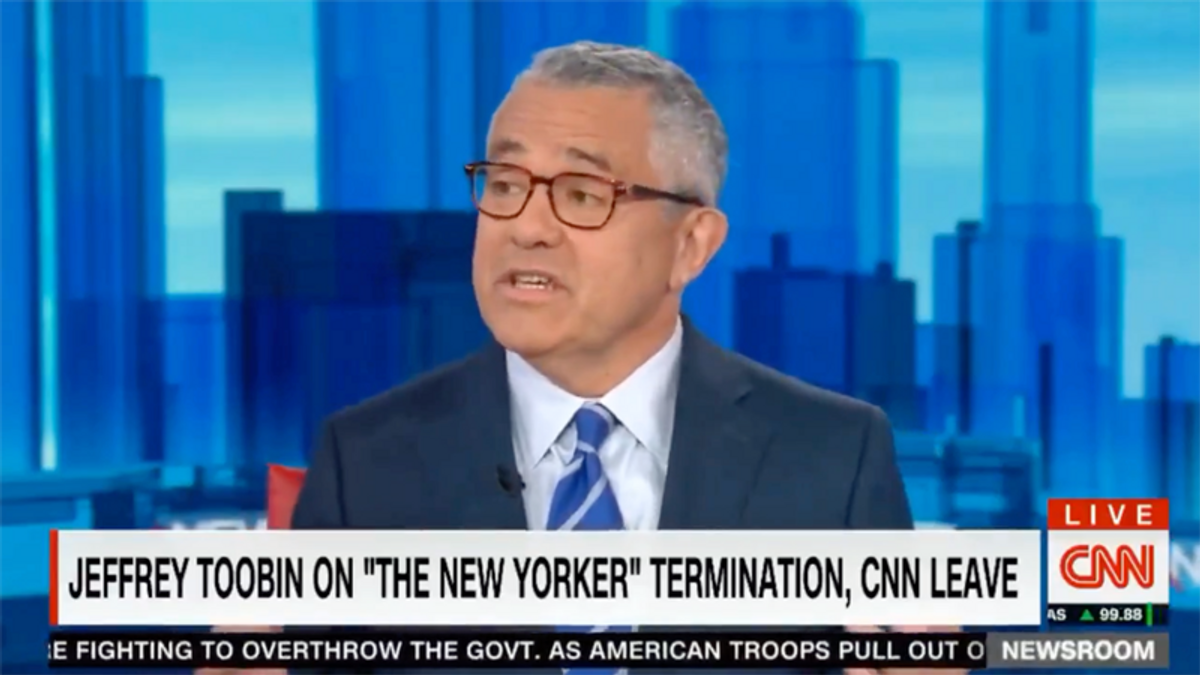 CNN chief legal correspondent Jeffrey Toobin returned to the air on Thursday for the first time after being suspended by the network in November after exposing himself on a Zoom call.

Toobin was fired by the New Yorker for the incident after 27 years as a staff writer.

CNN's Alisyn Camerota interviewed Toobin on Thursday. Here's some of what people were saying:

how much must toobin love his cnn job to go on national tv and talk about pleasuring himself as a condition of resuming it
— Allahpundit (@Allahpundit) 1623352371.0

Jeffrey Toobin on whether he's spoken to those who were on the Zoom call: "They were shocked and appalled. I think they realized that this was not intended for them."

Despite NOT losing his job at CNN, he says he's "privileged" that he will be able to "rebuild" his life. pic.twitter.com/kYmou4uVAH
— Curtis Houck (@CurtisHouck) June 10, 2021

Toobin on being fired from The New Yorker: "I thought this punishment was excessive" pic.twitter.com/GiHhK6qQlh
— Tom Elliott (@tomselliott) June 10, 2021

Also super uncomfortable for Alisyn Camerota to have to have this conversation with her colleague!! Just shitty for everyone involved!
— Emma Vigeland (@Emma Vigeland) 1623351742.0

Alisyn Camerota asks Toobin why he didn't "have better judgment" after having covered the stories of Bill Clinton, Eliot Spitzer, Donald Trump, and Anthony Weiner and Toobin's reply?

"Because I didn't have better judgment. Because I'm a flawed human being who makes mistakes." pic.twitter.com/OVJQGRXScA
— Curtis Houck (@CurtisHouck) June 10, 2021