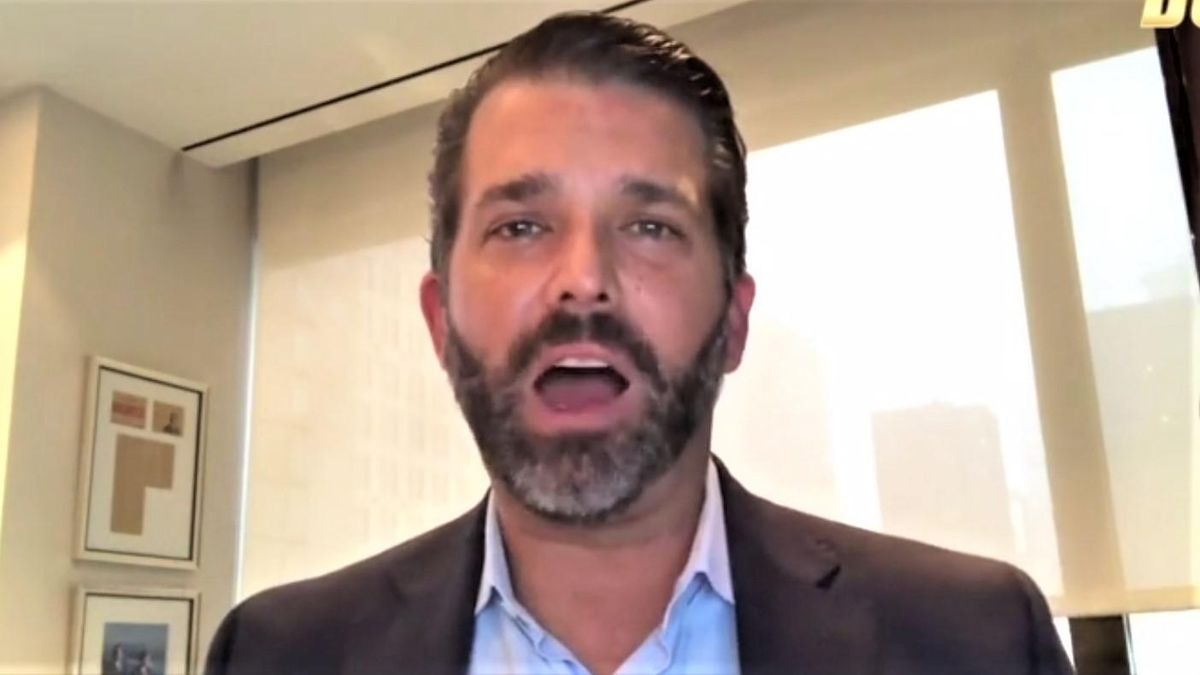 Donald Trump Jr., the former president's eldest son, is now claiming that the multiple criminal probes into his father are part of a "political persecution" aimed at destroying his "America first" agenda.

"The BS never ends!" Trump Jr. complains in a video posted on Tuesday. "The political persecution of my father continues on! A grossly partisan district attorney in New York finally got the Supreme Court to agree to continue their witch hunt by allowing the release of my father's tax returns!"

Trump himself, of course, repeatedly vowed to release his tax returns during the 2016 presidential campaign, only to break that promise once he won the Republican nomination.

Trump Jr.'s whining about investigations into his father drew swift mockery from many of his Twitter followers -- check out some reactions below.

When you break the law, you get investigated. He skirted justice under the guise of the Presidency for years.

Now it's over. Justice is coming.

"If I decide to run for office, I'll produce my tax returns, absolutely," Trump said in 2014. "And I would love to do that." The following year, Trump told conservative radio talk show host Hugh Hewitt: "I would certainly show tax returns if it was necessary."

“If they do this to my father, who won’t they do it to?” The answer is, they won’t do it to people who don’t break the law. I’m afraid your time is up. ✌🏻

He lost the House, the Senate and the Presidency all on his own tho.
There's that. 🤷

Rule Number One of Avoiding a Witch Hunt: Don't be a witch.

You do realize how much shit you and the fam are in, right?

Poor dada. What a victim pic.twitter.com/2iPIcsuI6I