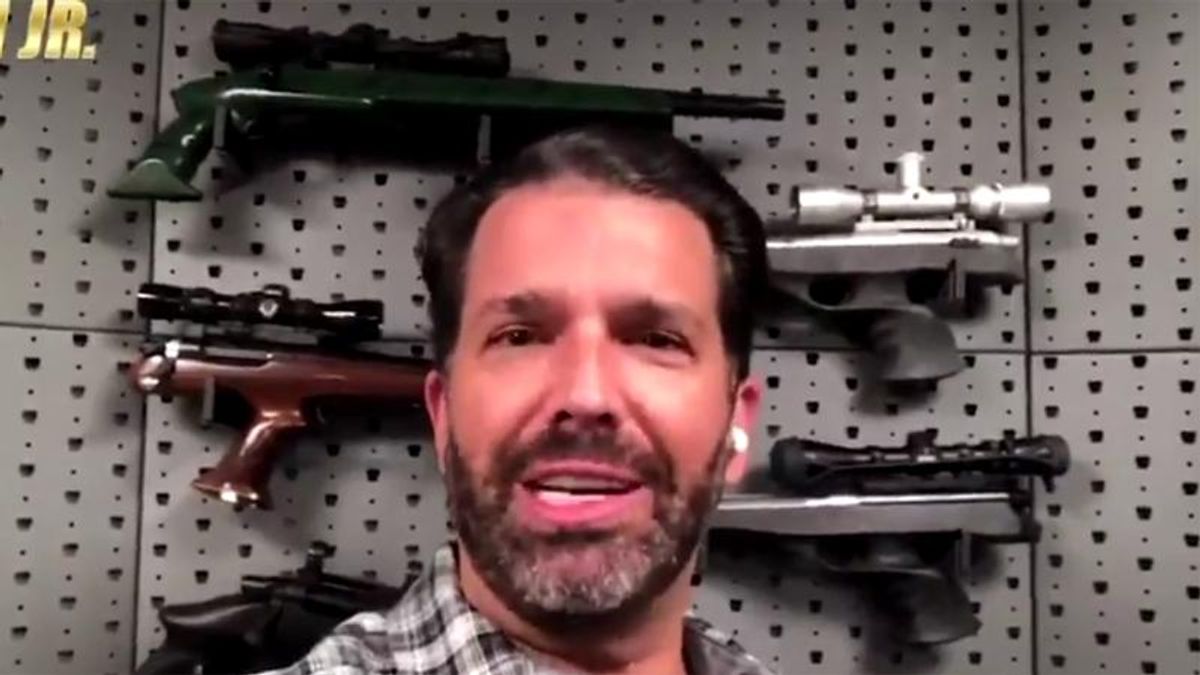 Internet observers noticed something odd when Donald Trump Jr. attempted to play into the "culture war" over a publisher's decision not to republish six Dr. Seuss' books.

Still, conservatives used the opportunity to rage. Fox News dedicated an evening of coverage to the story and attacked Democrats for supporting reading some of Dr. Seuss' books.

Don Jr. took a photo with his son holding a copy of "The Cat in the Hat," but observers noticed that he was holding it in a weird way with his fingers covering something in the lower right corner of the cover. A search revealed that the cover with the symbol is for a bilingual version of the book so children can learn it in English and in Spanish.

Trump didn't explain why he was covering up that his children are learning Spanish.

See the photos below: