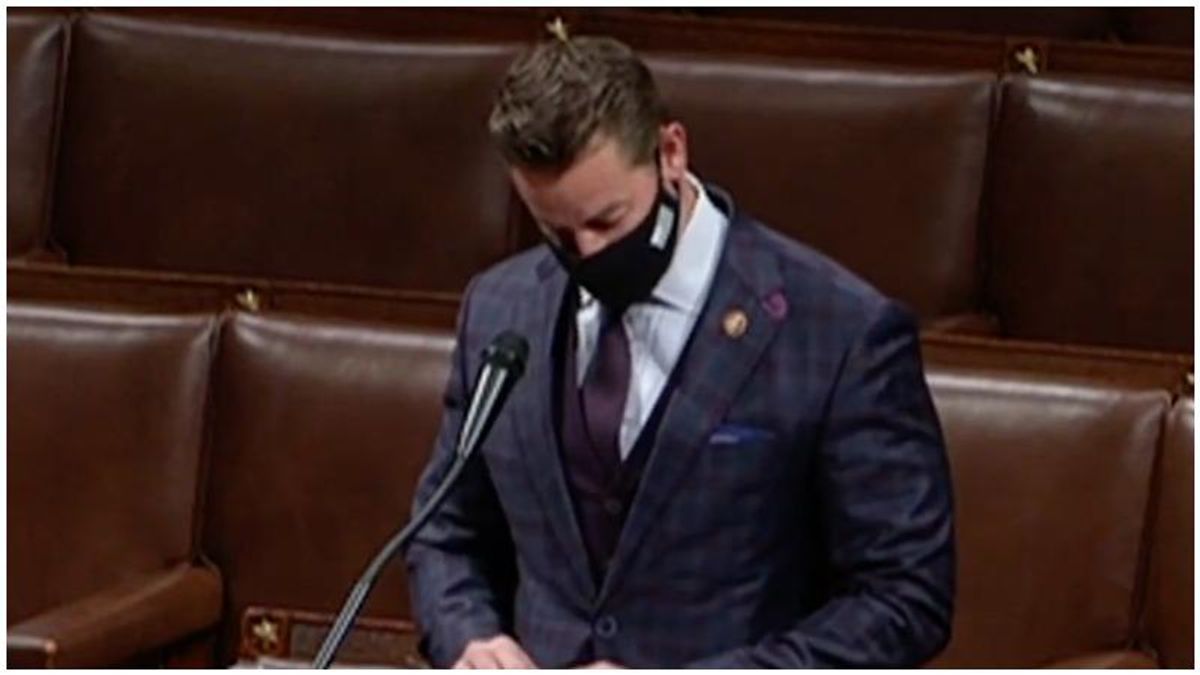 During a House debate ahead of a vote on the passage of the Equality Act, which would ban discrimination based on sexual orientation and gender identity, Rep. Greg Steube (R-FL) took the floor and announced that he was going to start out his speech with "the truth."

He then read from Deuteronomy 22:5 in the Bible.

"A woman must not wear men's clothing nor a man wear women's clothing, for the Lord your God detests anyone who does this," he read aloud.

"Now, this verse isn't concerned about clothing styles, but with people determining their own sexual identities," he said. "It's not clothing or personal style that offends God, but rather the use of one's appearance to act out or take on a sexual identity different from the one biologically assigned by God at birth."

"When men or women claim to be able to choose their own sexual identity, they're making a statement that God did not know what he was doing when he created them," he continued, later adding that "when a nation's laws no longer reflect the standards of God, that nation is in rebellion against him and will inevitably bear the consequences.

According to Steube, the Equality Act "goes directly against what it laid out in scripture."

Steube's sparked an angry response from Democrats. First was Rep. Jerry Nadler (D-NY), who said that "what any religious tradition describes as God's will is no concern of this Congress."

Next up was Rep. Katherine Clark (D-MA), who reiterated the bill's intent -- to prevent discrimination against the LGBTQ community. She then slammed members of Congress who "describe transgender people as something less-than, as undeserving, and illegitimate."