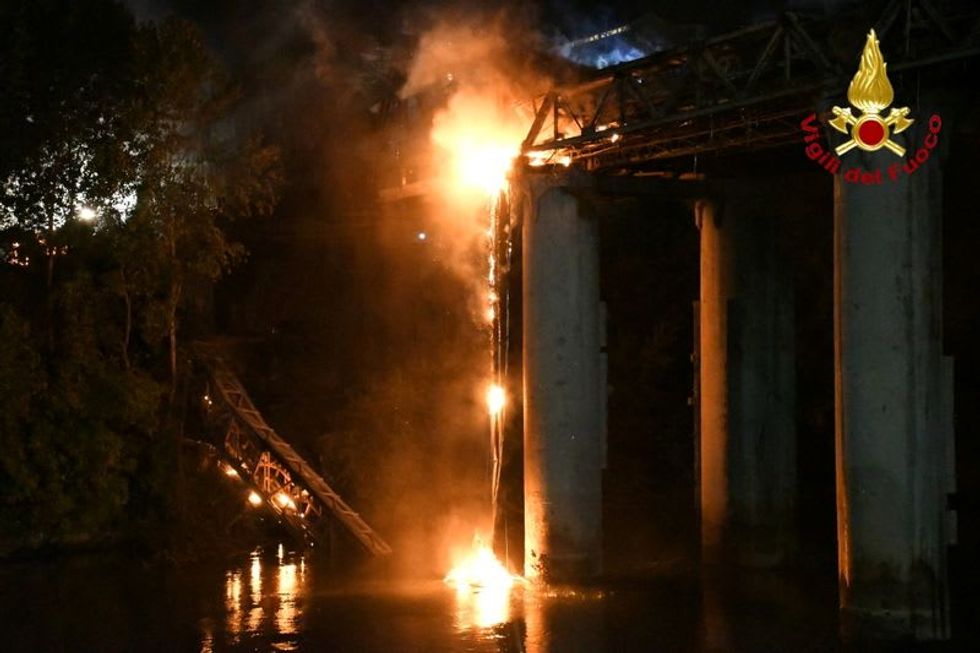 The bridge, which was opened 1863 and whose formal name is Ponte dell' Industria (Industry Bridge), connects the densely populated Ostiense and Portuense neighbourhoods.

The fire broke out on the eve of elections for the next mayor, in which the main issue has been the general decay of infrastructure and public services in the Italian capital.

Romans call the 131-metre (143-yard) long bridge "Ponte di Ferro" (Iron Bridge), since most of Rome's other bridges are made of stone.

Officials said there were no injures from the fire, which was visible from afar as flames shot into the night sky.

Media reports said it may have been started by a short circuit in shacks below the bridge. Firefighters said the blaze, which was put out during the night, was fuelled by a damaged gas pipe.

Surrounding areas were left without electricity for several hours.

The bridge, used for busy road traffic between the two neighbourhoods, was closed indefinitely pending checks on its safety.