'Corruption at its worst': Ron DeSantis blasted for letting the rich cut to the front of the vaccine line 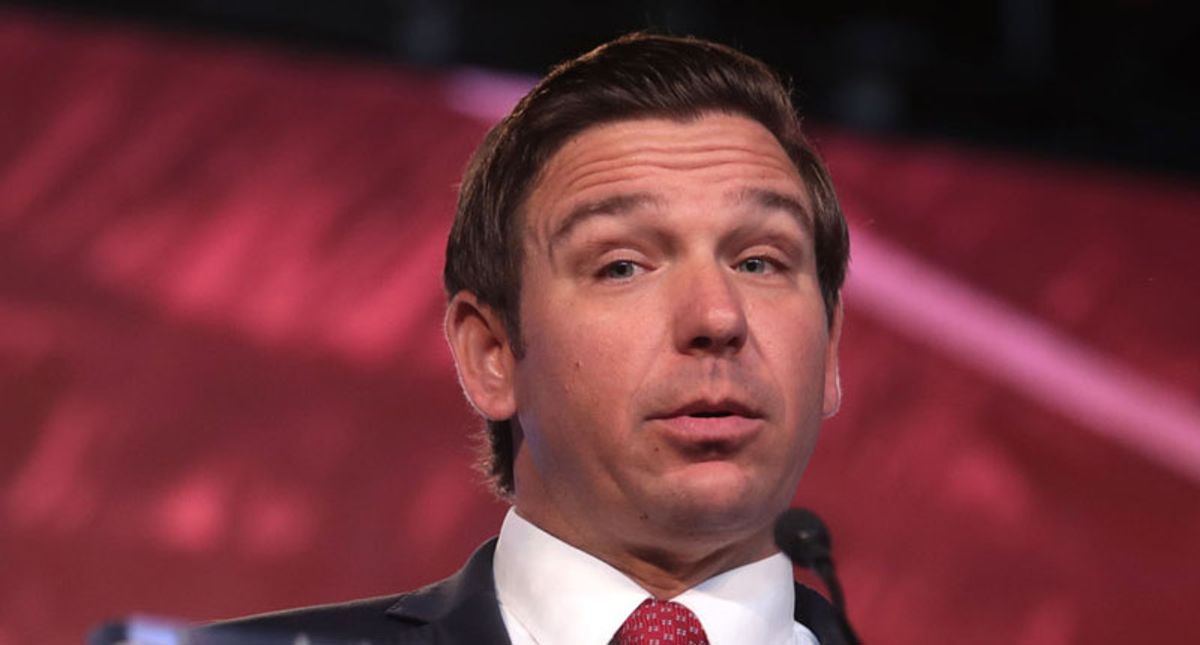 On Thursday, following a press conference earlier in the week when Gov. Ron DeSantis (R-FL) suggested he might divert vaccines to counties that don't criticize him, Agriculture Commissioner Nikki Fried, the only statewide Democrat currently elected in Florida, tore into the governor for letting whiter, richer communities cut to the front of the line.

"Tonight a county commissioner in Southwest Florida admitting that she chose two of the richest and predominantly white ZIP codes in her county to receive vaccine doses," said anchor Erin Burnett. "This is pretty incredible. She is admitting all this, saying it chose two affluent ZIP codes to receive these vaccines. Then ostensibly wanted to get on the line herself. She's admitting all this."

"This is a public health crisis," said Fried. "There is absolutely no excuse for why the governor and the commissioner is using politics in order to give out these vaccines. And this is corruption at its worst. This is why people don't trust the system. And just to give you another statistic, right now in the state of Florida, 3.7 percent of the Black population has been vaccinated while 9.7 percent of the white population has been vaccinated at this point. So as the governor is rolling out the red carpet for his donors and political allies, he's pulling the rug out from the minorities from different minority communities and communities of color."

"It's outrageous," continued Fried. "It's absolutely ridiculous the fact he's using these vaccines and how they're being distributed as a political tool. There is absolutely no reason why an elected official should be using their power to put their family and their friends and political allies before the public good. That's what public service is supposed to be about, serving the public, that's the public as a whole. We're looking into it and seeing what other measures we can take to hold the governor accountable and to make sure that this vaccine is being distributed equally across our entire state. This is just outrageous and borderline illegal."