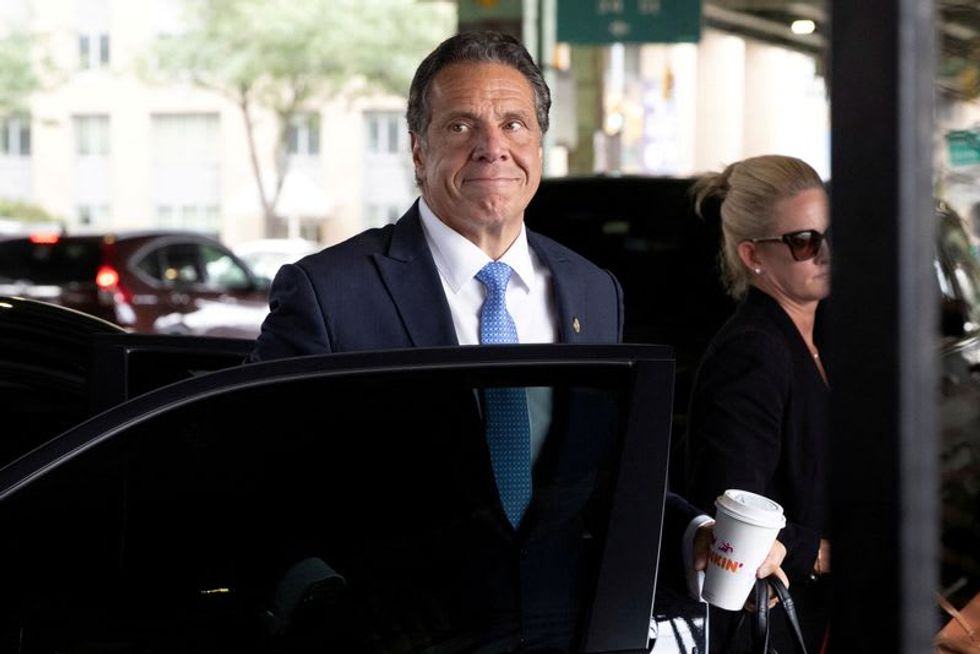 (Reuters) - A one-time aide to former New York Governor Andrew Cuomo on Wednesday filed a lawsuit against him in federal court alleging a pattern of sexual harassment while she worked in his office.

The former aide, Charlotte Bennett, accused Cuomo of subjecting her to "critical, sex-based comments and humiliating assignments." She demanded a trial by jury. The lawsuit seeks unspecified damages.

Cuomo has denied any wrongdoing. He has said his accusers misinterpreted his words, gestures and demeanor.

"The governor has always said he didn't harass anyone, and with each day that goes by more and more information is uncovered showing how evidence favorable to the governor was suppressed and crucial facts ignored or omitted that undermined witness credibility," Cuomo's lawyer Rita Glavin said on Wednesday.

Cuomo, a Democrat, resigned in August last year after an independent investigation initiated by New York Attorney General Letitia James concluded that he sexually harassed 11 women. He was in his third term as governor.

The filing, in U.S. District Court for the Southern District of New York, also named three of Cuomo's former top aides. It accused the former New York governor of sexual harassment, gender discrimination and retaliation in violation of laws.

The suit alleged that Cuomo asked Bennett questions about her sex life while they were alone in his State Capitol office beginning in June 2020. Bennett had told investigators last year the former governor made several inappropriate comments to her in 2020.

In January, a fifth New York prosecutor declined criminal charges against Cuomo related to sexual harassment claims that led to his resignation, saying he had no legal basis to pursue a case.

"My career as a public servant was abruptly cut short because of Governor Cuomo's and his top aides' sexual harassment and retaliation against me after I complained about Governor Cuomo's misconduct," Bennett said in a statement on Wednesday.

Cuomo on Tuesday filed a complaint with an attorney grievance committee alleging the New York attorney general displayed professional misconduct in her investigation into sexual harassment claims against him. James' office said the officials involved in the probe held "themselves to the highest ethical standards."

(Reporting by Kanishka Singh in Washington; editing by Frank McGurty and Leslie Adler)