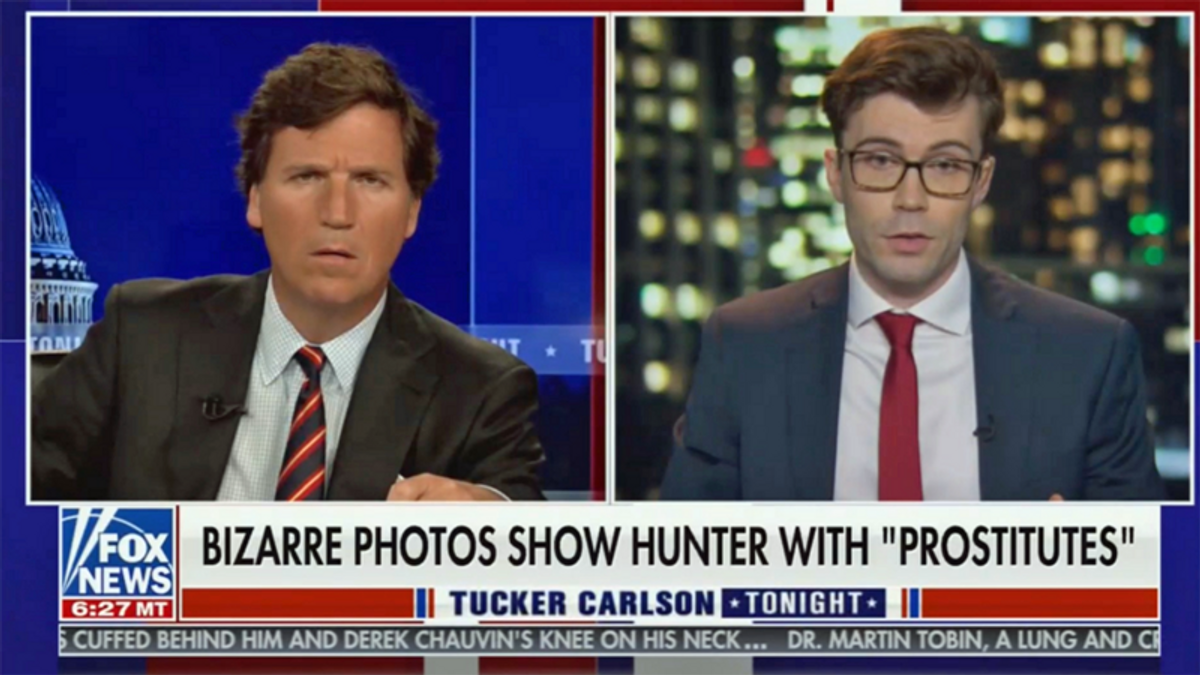 According to Mediaite, Fox News host Tucker Carlson was joined by Josh Boswell, the Daily Mail senior reporter who released the publication's latest report detailing "what WASN'T in Hunter Biden's book," alleging a variety of malfeasance. They aired images that appeared to be Hunter Biden with women in sexual situations, with the women's faces blurred out.

Critics objected to the display of the images as gratuitous and lacking any news value.

On Thursday, April 8, the president's son appeared on "The Jimmy Kimmel Show" to promote his new book where he was also asked about the laptop. During his appearance on the late-night talk show, he discussed his previous ties to the Ukrainian energy company Burisma as he shared an excerpt from his new memoir, "Beautiful Things."Kimmel then asked about the highly publicized laptop at the center of controversy. During a previous interview with CBS News, Biden repeatedly said that he was unsure if the laptop was even his.

"I've seen you on some interviews, you know, talking about the laptop ... and when they asked you if that was your laptop, you say you don't know, which is hard to believe unless you read the book," Kimmel said jokingly in reference to Biden's past drug addiction battle. "And then it's like, I'm surprised you have shoes on."

"The pants were the problem," Hunter Biden quipped. "Now look, I really don't know and the fact of the matter is, it's a red herring. It is absolutely a red herring. But I am absolutely, I think, within my rights to question anything that comes from the desk of Rudy Giuliani. And so I don't know is the answer."