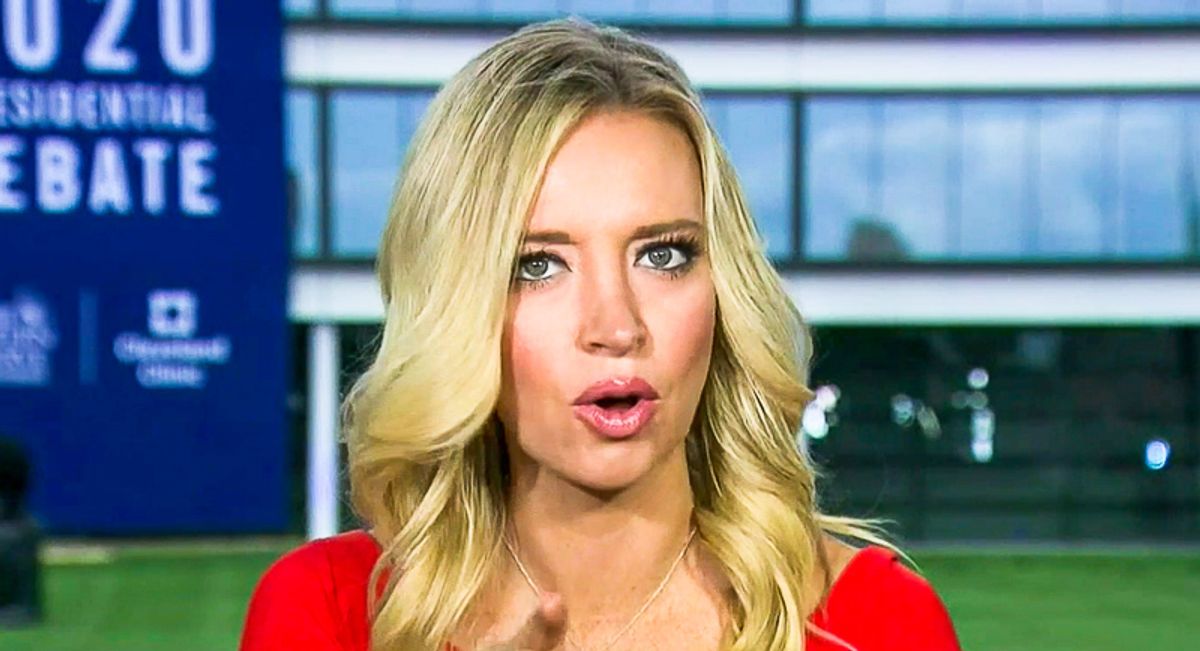 Soon after Trump incited a mob to attack the U.S. Capitol, McEnany filed a public financial disclosure document indicating that she had been hired by Fox News.

The disclosure was first reported by Citizens for Responsibility and Ethics in Washington (CREW).

According to the filing, her work with Fox will be "starting in January."

The document is dated Jan. 14, just 8 days after the insurrection at the U.S. Capitol.

CREW noted that McEnany also revealed in the disclosure that she received a $6,500 gift to attend an event where she received an award. That gift was paid for by Turning Point USA.

"Kayleigh McEnany is not currently an employee or contributor at Fox News," a Fox News spokesperson said on Tuesday.