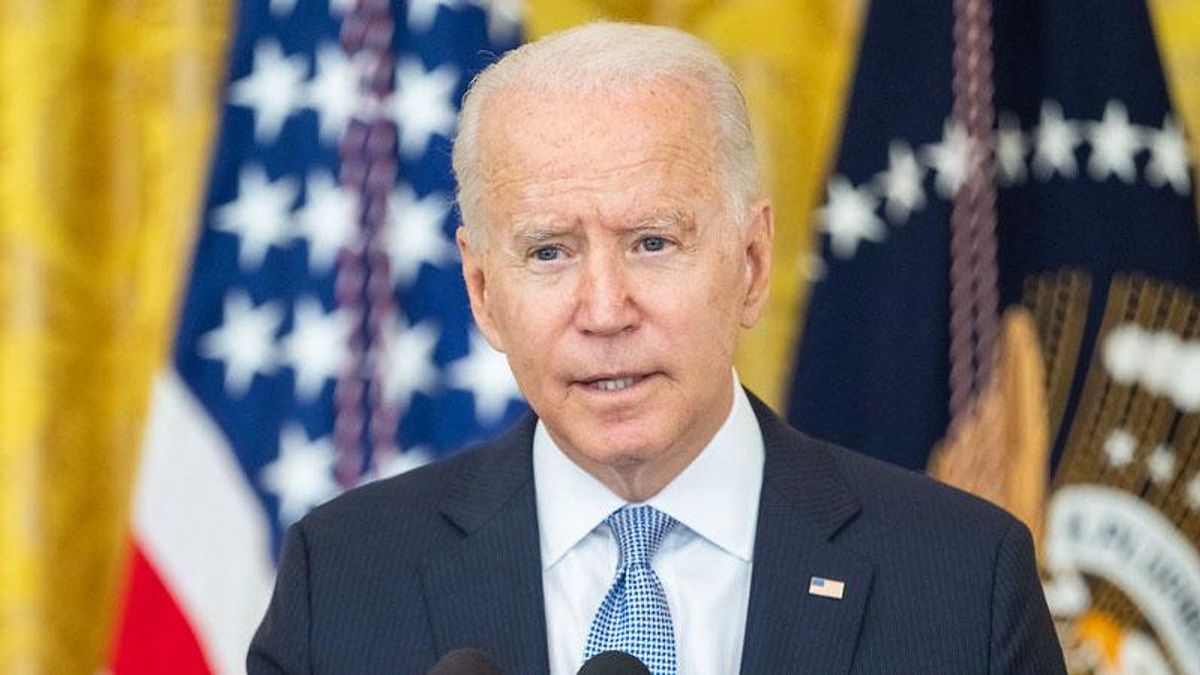 A convergence of three unsettling headlines appeared for my morning reading the day before the nation observed the 20-year commemoration of the tragic deaths of almost 3,000 Americans on Sept. 11, 2001. The very day of the remembrance ceremonies, the 7-day average for loss of American lives to the ongoing COVID-19 catastrophe was 1,666, as we rapidly approached a death toll of 660,000 Americans.

This article was originally published at Idaho Capital Sun

Ninety-eight percent of the COVID deaths since the first of the year could have been prevented by a free and effective vaccine.

The converging headlines read: “COVID-19 hospitalizations in Idaho reach a record level;" “Idaho Gov. Brad Little 'exploring' lawsuit against President Biden's vaccine mandate;" and “Unvaccinated people were 11 times more likely to die of COVID-19, CDC report says." Putting the stories together, Idaho's COVID hospitalizations have skyrocketed for lack of adequate state preventive measures, our governor is thinking of joining a number of other GOP governors in suing the president for trying to increase our vaccination rate, and unvaccinated people are 11 times more likely to die of COVID than those who have their shots.

Idaho's COVID crisis came about because too many Idahoans simply won't perform their civic duty of protecting themselves and others by getting a life-saving vaccination. That undemanding act would let everyone get back to work, school and regular life.

Federal and state leaders have urged, begged and cajoled people to do their part in bringing the pandemic under control but too many of us refuse to do it, endangering us all. The state of Idaho and many other Republican-led states refuse to require either vaccinations or, the second-best preventive measure, mandatory masking.

Should the federal government throw up its hands and just let the unvaccinated COVID patients pile up in the hospitals and mortuaries? That would be just as irresponsible as the state GOP governors who refuse to implement effective measures to get people masked and vaccinated. The hospitals need to be freed up for patients with other life-threatening conditions, and unvaccinated people need to be prevented from continuing to be virus spawning grounds.

The president's idea of using the Occupational Safety and Health Act to make workplaces of 100 or more employees safe for workers is reasonable and lawful. That will also protect the customers of those businesses and give the public confidence that something effective is finally being done in many Republican-controlled states to bring the pandemic under control.

The economic and health benefits will be significant. We won't have to spend every waking minute fretting that our kids and grandkids will be exposed and infected at schools or businesses.

Republican Party Chairman Tom Luna called Biden's vaccination and testing plan “one of the most egregious and tyrannical violations" of the U.S. Constitution. The legal basis for Biden's action was laid on Dec. 29, 1970, when President Richard Nixon signed the OSHA bill into law. Every Republican senator, except the former segregationist Democrat and Dixiecrat, Strom Thurmond, voted for the law.

I was working for Republican Sen. Len Jordan at the time, and he looked at it as a way to keep workers safe on the job.

OSHA is designed to protect workers from serious health and safety threats at work and is tailor-made for the COVID-19 virus. The mandate for employees to be vaccinated or tested at least once a week for the protection of everyone in the workplace is much like the mandate for school kids to get vaccinated against a whole raft of dreaded diseases as a condition of going to school.

Some of those GOP governors who are running around like Chicken Little, claiming that the sky is falling because of Biden's vaccination and testing mandate, may actually find some secret benefit in it. Biden's actions promise to bring the pandemic under control, whereas the inaction of the governors has only exacerbated it.

The governors can now score political points for railing against the mandate, while their voters are blessed by the lives saved as a result of the president's action.