'Have they ever had a job before?' Cori Bush tears into Republicans for evading metal detectors to enter House chamber 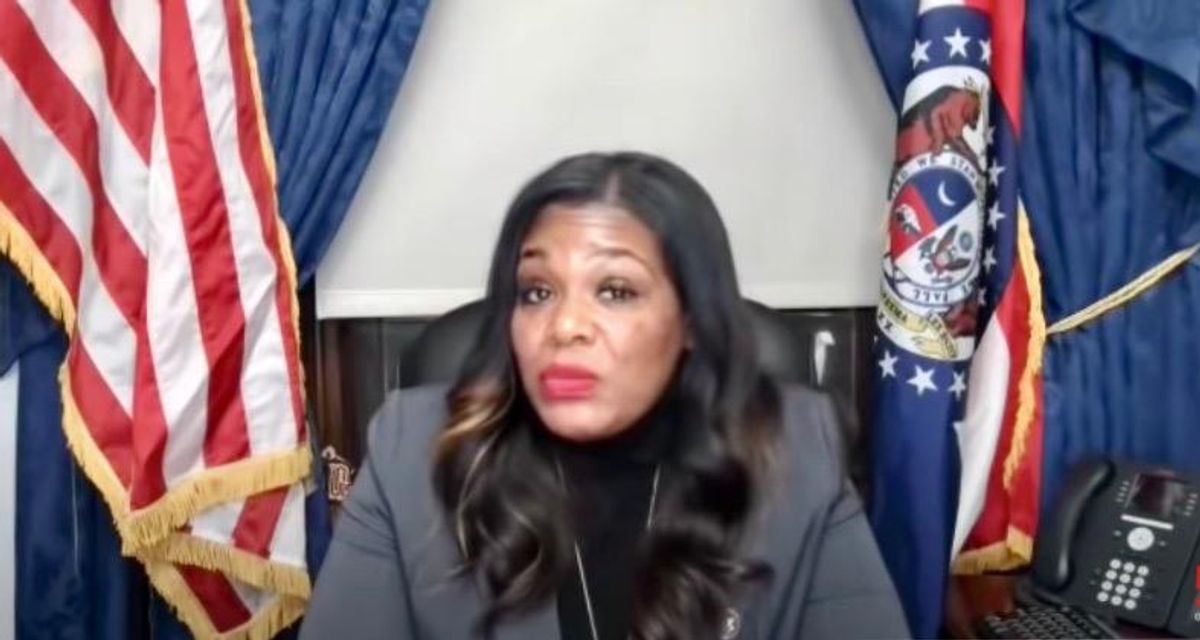 Democratic Congresswoman Cori Bush late Tuesday suggested that some of her House Republican colleagues find a different line of work after several GOP lawmakers refused to walk through metal detectors established as a precautionary measure in the wake of the deadly invasion of the U.S. Capitol last week by a mob of President Donald Trump's supporters.

"If they won't abide by the simple things that this job calls for, then go find another one."
—Rep. Cori Bush

"First of all, we're talking about your job. Let's just look at it from the most basic level: If you work at McDonald's, you have to wear the uniform or you're not working today," the Missouri Democrat said in an appearance on MSNBC. "I don't know, have they ever had a job before?"

"To say that this is against your rights: do you rush through and not go through the metal detectors when you're trying to get on a plane? Like, that's a bunch of bullcrap," said Bush, the lead sponsor of a resolution that aims to expel the GOP lawmakers who incited the attack on the Capitol. "That is them trying to push the limits as far as they can. We have congressmembers who have said that they want to carry their guns on the floor, on the House floor... This is where we should feel safe, but you're bringing your guns to the office building. I don't feel safe around that. Many people don't feel safe with that."

In a tweet late Tuesday echoing the message of her interview, Bush wrote that "if you work at McDonald's and you don't wear the uniform, you don't work that day."

"If you won't abide by the rules of this job," Bush added, "go find another one."

The metal detectors were installed outside of the House chamber after Democratic lawmakers raised the need for Capitol Police to take precautions against "all these members who were in league with the insurrectionists who love to carry their guns," as one unnamed Democrat told HuffPost earlier this week.

"Regular Americans have to go through a metal detector when they enter an airport. They don't scream and whine at police officers or have to be restrained," Rep. Don Beyer (D-Va.) tweeted Tuesday. "Children across the country have to do this to get into school and they handle it more maturely than members of Congress."