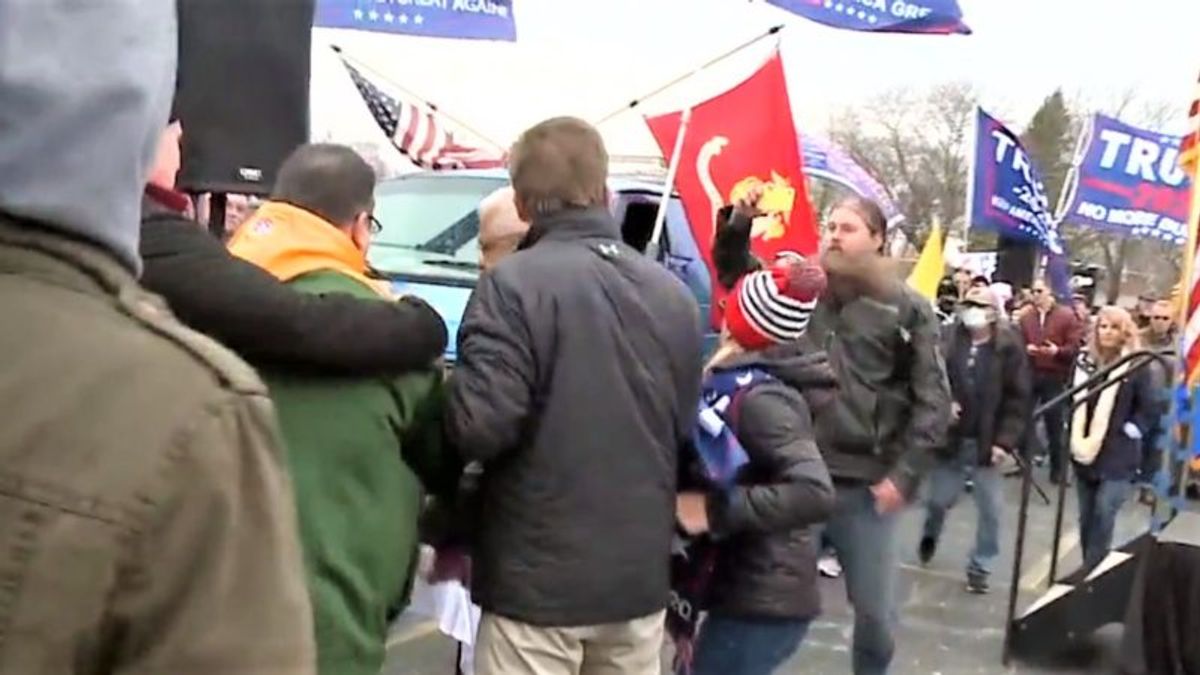 Trump wanted to overturn our democratic way of life. He had no interest in public service. He had no desire to serve and protect the public. In fact, he wanted the public to serve him by acknowledging and accepting his absolute power.

Trump's biggest lie was that the national election was rigged and stolen from him; a lie he telegraphed in 2016. This was totally false, and he knew it. Trump lost fair and square. It was the most open and transparent election in history. There were recounts and more than 60 adjudicated lawsuits. No legitimate claims of voter fraud were ever presented by Trump or his allies. But it was this Big Lie that Trump hoped to ride to overthrow our democracy in order to remain in power. His incitement of the insurrection at the Capitol was a direct outgrowth of this Big Lie.

Another Big Lie was that the coronavirus pandemic was a hoax — or was overblown or exaggerated or was totally contained. Trump minimized and denied its severity from the beginning. His federal response was weak and passive. Despite the deaths of nearly 400,000 Americans, Trump continued the Big Lie and did almost nothing. For months he didn't even mention the pandemic or the thousands of deaths. Trump did not want the pandemic to ruin his re-election chances. All he cared about was maintaining power. He was cruel and callous about the mounting numbers of cases and deaths. His Big Lie successfully muzzled our nation's experts on infectious disease and epidemiology.

A third Big Lie was that the free press is the "enemy of the people" because it produces "fake news." This lie was long-lasting yet completely false. Trump wanted no oversight and no accountability, and viewed the press as a threat to the continuation of his power. Let us be clear: The free press is protected by the Constitution and is a defining feature of our representative democracy. Trump's Big Lie here was completely self-serving, disingenuous and false.

So Trump's three Big Lies — individually and in combination — defined his presidency. His idea of governing was to use propaganda to solidify his grip on power. But more than that, his "Big Lies" reflected his anti-democratic and anti-American beliefs. Trump does not love democracy and does not love our country.

There were many Big Lies spread by Trump during his tenure. His claims that Robert Mueller's investigation was a hoax was a Big Lie. His "perfect" call with the Ukrainian president was a Big Lie. His claim that he would save protections for pre-existing conditions in health care coverage was a Big Lie. In fact, it has been shown that Trump lied more than 30,000 times in four years.

It is undeniable that Trump's plan was to ride his Big Lies into a dictatorship. He is an authoritarian at heart. He is a fascist in his thinking and in his impulses.

Trump's plan was to activate an anti-democratic movement in the country. The way he connected with millions of supporters was through his Big Lies. That was his hook to capture the attention and irrational passion of his supporters. He was the pied piper of Big Lies.

The Republican Party has been complicit with Donald Trump for four years and counting. They have supported his anti-democratic and anti-American Big Lies. Until and unless the party extricates itself from Trump, millions of Americans will continue to believe in their cult leader and his Big Lies.

Mitch McConnell, Kevin McCarthy, Ted Cruz, Josh Hawley and many others must change course and condemn Donald Trump. They must correct the Big Lies — and to this point there is no sign they will do so. If they don't, they will take the Republican Party down a rabbit hole of darkness, doom and failure.

Here is what should be verbalized by every single Republican: "I condemn Donald Trump. The election was not stolen. He completely botched the response to the pandemic. The free press is crucial to our democracy. The Republican Party needs new leadership to maintain our democracy." Members of Congress who cannot make this statement openly and loudly should be expelled. Yes, this should be a litmus test for our democracy. Democracy cannot truly prevail until Trump and his Big Lies are renounced and defeated. His anti-democratic rhetoric, behavior and intentions cannot continue to circulate like a metastasizing cancer. Trump's propaganda agenda is still alive. His Big Lies must be repudiated before any healing and unity are even possible.

This is urgent and necessary. Our democratic experiment hangs in the balance. 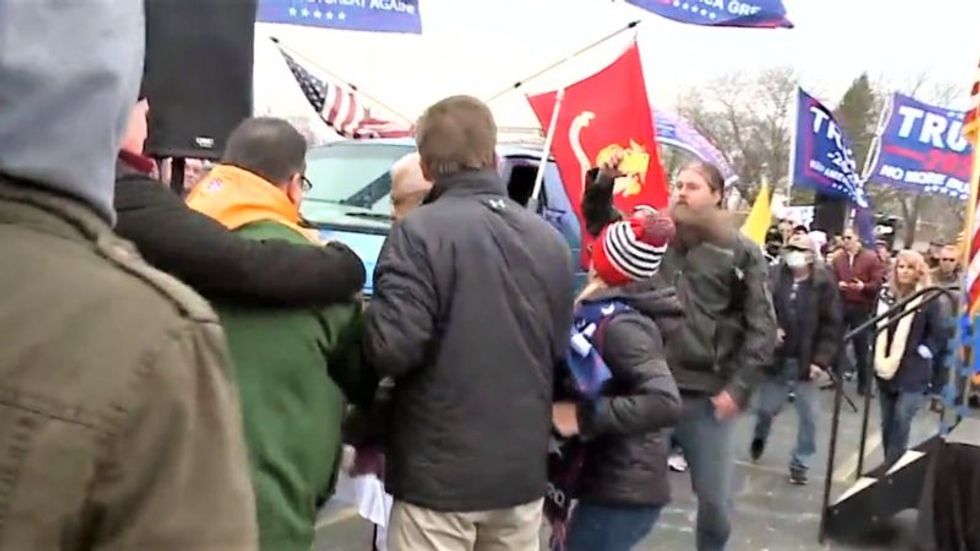 Former Trump lawyer Rudy Giuliani tweeted out an endorsement of Pennsylvania State Sen. Doug Mastriano -- but it quickly imploded after he badly misspelled the candidate's name.

In a tweet posted on Friday morning, Giuliani claimed that "Doug Mastrianni (sic) is the man to straighten out PA" and included a bizarre photoshopped image that featured Giuliani himself holding a Civil War-era saber.

Charter schools are 30 years old as of 2021, and the contentious debate about their merits and place in American society continues.

To better understand what happens at charter schools – and as a sociologist who focuses on education – I spent a year and a half at a particular type of urban charter school that takes a “no-excuses" approach toward education. My research was conducted from 2012 through 2013, but these practices are still prevalent in charter schools today.

While at a playground at Rego Park in Queens, New York, with friends earlier this month, 15-year-old Leting Cai was confronted by two other teens, one of them saying "ch*** ch****," according to Cai.

Cai then challenged one of the teens to say it again. But the teen called for friends, and two more showed up. Now Cai was facing down five teens. When Cai turned to walk away, he was attacked, ABC7 reports.