Experts: Trump is not mentally fit to be president: He should not remain in office — even for one final week 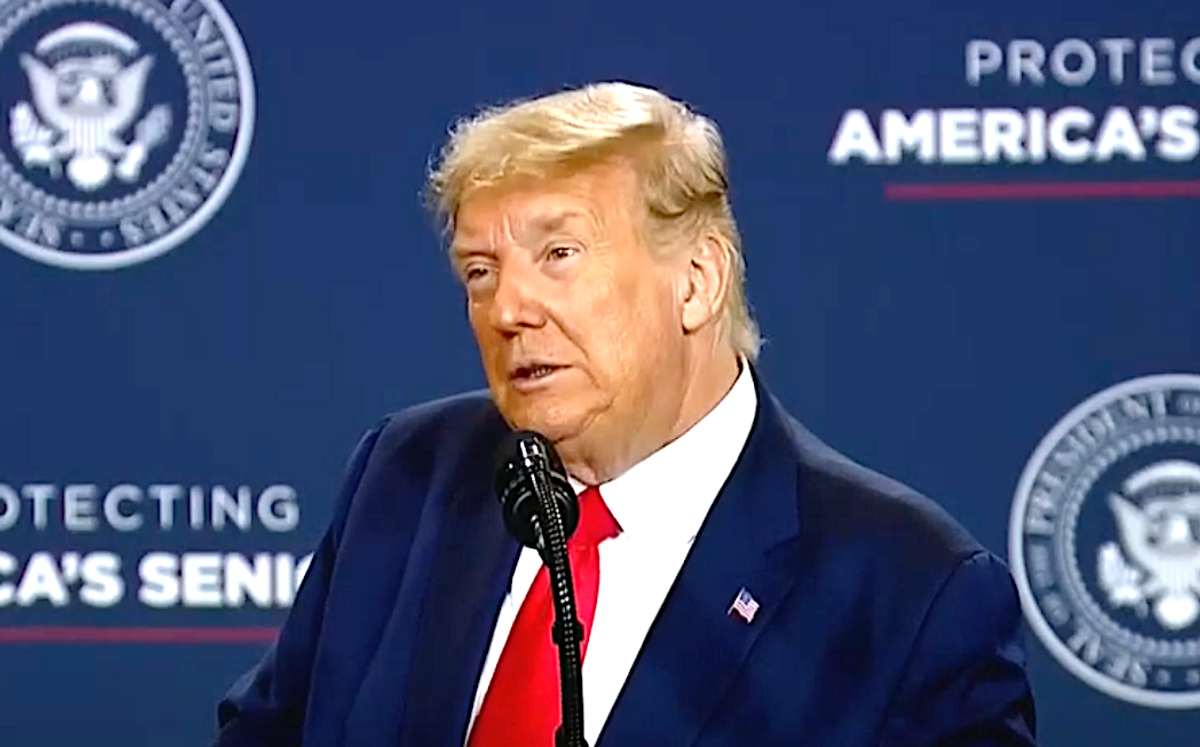 There are two — not just one — compelling reasons for the immediate removal of President Donald Trump. First, he incited the insurrection of our federal government by a violent mob of domestic terrorists. Five people died. Make no mistake, it was a coup attempt. Second, he has killed 372,000 Americans with his unimaginable and unexplainable inaction during the coronavirus pandemic.

Trump is not fit to remain as president for his final week. He has proven to be unstable, erratic, cruel and dangerous. He is incapable of ensuring the safety of the people. He should not have access to our vast military arsenal and nuclear codes for another day.

He has crossed the red line — twice.

Trump not only participated in the insurrection of our federal government on Jan. 6 but also likely was the catalyst that sent the aggressive raid in motion. It is a day that will be remembered forever, because our sitting president was a direct accomplice in the violent insurrection against our cherished democracy. As Dr. David Reiss said in a tweet, "We were one Molotov cocktail or automatic weapon away from losing our government — a true coup."

RELATED: This psychopath has finally crossed the red line: He must be stopped now

Trump did not have the courage to swarm the Capitol alongside his terrorist supporters. He had announced earlier in the day that he would accompany them in their march. But his previously exposed cowardice took over, and he decided to party and celebrate with family members at the White House while watching the escalating mob on TV. There are reports that he was "delighted" at what he was seeing.

Trump used conspiracy theories about the stolen election to maintain his cult-leader status with his followers. His irrational, self-serving theories were supported by these followers, right-wing extremists and some congressional Republicans. The end result was the belief that they themselves should "select" the next president and that Trump was going to take them to the promised land of contentment and happiness.

Trump's conspiracy theories are fake. His motive is megalomania and greed. His shared omnipotence with his followers borders on the delusional. Trump's unrelenting desire to hang onto power at any cost is what motivated his incitement of the insurrection. It was totally about him — his power, his adulation, his greed and his fear.

Trump's most egregious cruelty during his presidency has been his murder of more than 372,000 Americans during the coronavirus pandemic. Think about it: Trump has been the most powerful man in the greatest democracy in the world, but he could not figure out how to contain and defeat this pandemic? Worse than that, we have lagged behind every advanced country in the world in our handling of the deadly disease. It is as if our president has intentionally maximized the pain and suffering of the people.

RELATED: This could all have been prevented: How mental health experts were silenced

More than just frank incompetence, Trump's inaction during the pandemic has been callous indifference coupled with pure cruelty. We have been grappling with mass deaths due to a virulent disease that could have been largely prevented by a competent and healthy president. Every move Trump has made — or has not made — has increased the number of deaths rather than reduced them. It is an undeniable fact that he is an accomplice to mass murder.

Since March of last year, Trump's approach to the pandemic has included denials, lies, conspiracy theories, magical thinking, blaming and inaction. He refused to use the full force of his office to defeat the virus. He did not mount a national response that would have aided and abetted the 50 states. Rather, he sat back and implored the states to handle things with little help from the federal government.

Now, he has washed his hands completely of the pandemic. He does not mention it in prepared or impromptu comments. He has not expressed remorse for our fallen citizens in months. Even then, his comments were read from a teleprompter in an unemotional and monotone way. It is hard to fathom, but Trump has overseen the second worst mass murder in history.

In both the insurrection and the pandemic, Trump betrayed the American people. He has disavowed his oath of office and his Constitutional duties. And he is capable of much more destruction and misery in his remaining final days. Could he give away state secrets or start a war? Might he encourage another insurrection of mob violence? How many citizens will die in the next week due to his pandemic inaction?

Trump must face three choices: resignation, removal by the 25th Amendment or a second impeachment.

Resignation would be the easiest, and he might be able to convince Vice President Mike Pence to pardon him. Removal by the 25th Amendment would also be swift, but it would require Pence to initiate the process. (As of this writing, it appears that Pence is unwilling to do so.) The most cumbersome choice would be impeachment: It would take weeks for the Senate to hold a trial and to convict him, but impeachment by the House would be an additional permanent stain on his already destroyed legacy.

Trump must be banned for life from any governmental or political activity. This is the only way to assure his marginalization and ostracization. Our democracy's recovery and future well-being requires that he be totally disempowered.

Trump has now been permanently banned from Twitter and other social platforms. This is a major first step in limiting his spread of misinformation, conspiracy theories and self-serving bravado. But it is not enough.

The Senate chose not to convict Trump during his first impeachment trial in February 2020. That mistake has cost us untold human misery and life. Let us not make that same error again.

Immediate removal of this president would be a fitting tribute to the tens of thousands of Americans who have lost their lives in the name of the fight for democracy.

Anything short of removal would give the wrong message. Our elected officials must abide by the Constitution and the rule of law — even if Trump has not.