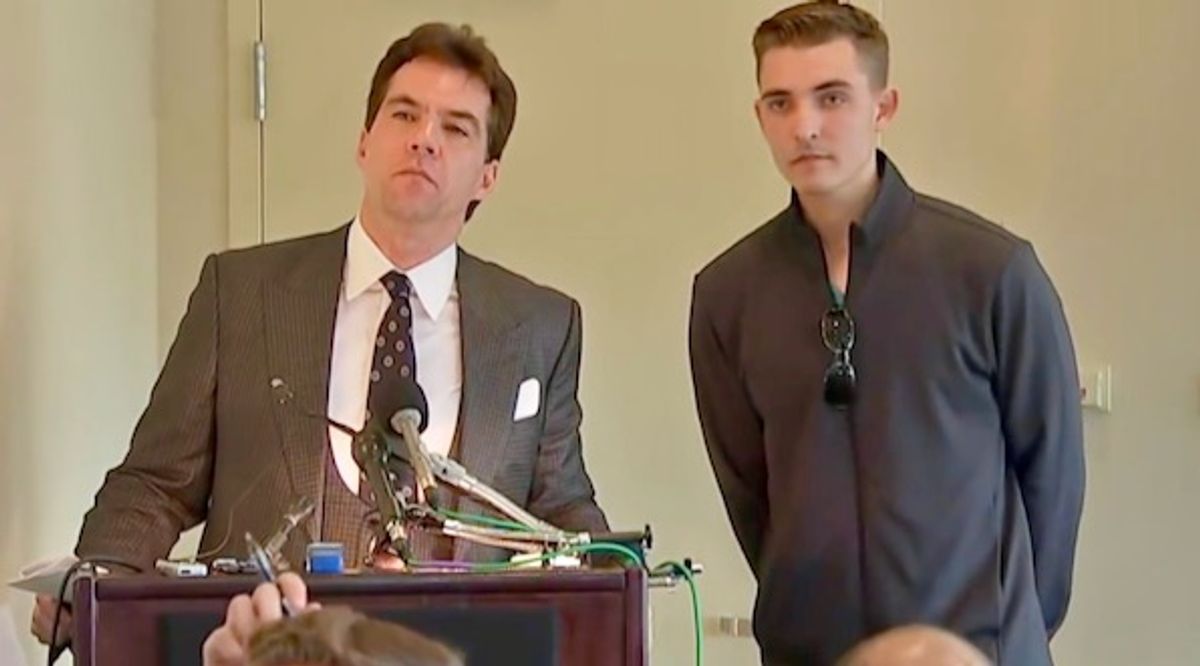 The New York Attorney General's office has issued subpoenas to right-wing trolls Jacob Wohl, 22, and Jack Burkman, 58, in connection to an alleged voter-intimidation robocall scheme that has already led to felony indictments in Ohio and Michigan, as well as a federal civil suit filed in the Southern District of New York.

The three subpoenas, each signed Dec. 22 and obtained by Salon, target Wohl, Burkman and Burkman's consulting firm, Burkman & Associates. Prosecutors are seeking information about who funded the robocalls, including about the source of funds in the firm's Bank of America account, as well as any relevant communications. More broadly, investigators also want to see all documents concerning Project 1599, Burkman's organization, which not only claims credit for the calls in the recordings but has also been linked to a number of other political stunts the duo has carried out over the years.

The New York Attorney General specifically asks about payments to a voice broadcasting company called Message Communications, which Wohl and Burkman paid for the service. Robert Mahanian, who runs the L.A.-based company, confirmed to Salon that he has complied with requests from a number of attorneys general regarding Wohl and Burkman.

"This really was disgusting, what they did," Mahanian said. He told Salon that Burkman and Wohl paid his company only $2,000 to place the calls, which went out to hundreds of thousands of people in communities of color across at least five states.

"They spent $2,000 with me, and I got complaints immediately. Literally the next day I terminated their account," said Mahanian, whose service he says can reach 100,000 recipients for less than $1,000.

An email from Burkman to Mahanian, revealed in the federal civil suit, reads: "Check to you Robert just went out in the 2 day pouch you will have in 2-3 days Then we attack."

In the recordings, a woman's voice falsely tells recipients that mail-in ballots could be used to "collect outstanding debt," "track down old warrants" and "track people for mandatory vaccines." The recordings said the calls came from Project 1599, Burkman's group.

"Stay safe," the call concludes, "and beware of vote by mail."

Prosecutors in Michigan and Ohio have charged Wohl and Burkman with numerous felony counts, including fraud, voter intimidation, bribery and related conspiracy charges, for allegedly stoking fears about voting by mail in a spate of phone calls that targeted minority communities this summer. Warrants have been issued for their arrest, and they each face a combined 42 years in prison if convicted on all counts.

Mahanian told Salon that his company has been in business since 2003 and typically blasts out public service calls for things like school closings or security bulletins. "I've never seen a criminal type situation arise from anyone using our network," he said. "This was just crazy," he added, calling the alleged scheme "disgusting" for the second time.

"I love these robo calls[.] getting angry black call backs[.] win or lose the black robo was a great jw idea," Burkman wrote Wohl in an email on Aug. 26, revealed by the plaintiffs in the federal civil lawsuit, which was brought on behalf of the National Coalition on Black Civic Participation and alleges that Wohl and Burkman violated the Ku Klux Klan Act with the calls. The "jw" in the email is an apparent reference to Jacob Wohl's initials.

"The right to vote is the most fundamental component of our nation's democracy," Cuyahoga County Prosecutor Michael O'Malley said in announcing the Ohio indictment in October. "These individuals clearly infringed upon that right in a blatant attempt to suppress votes and undermine the integrity of this election. These actions will not be tolerated. Anyone who interferes with others' right to vote must be held accountable."

In a statement announcing the charges in Michigan — where the pair went free after pleading not guilty and posting $100,000 bail — state Attorney General Dana Nessel indicated that investigations were ongoing in Ohio and New York, as well as in Pennsylvania and Illinois.

Mahanian told Salon that he had complied with requests from investigators in a number of states, some of which had not yet been made public. Burkman first paid Mahanian in June, according to one subpoena, for calls that Mahanian said Burkman oddly never ended up making. The second payment, in August, was connected to the calls currently under investigation.

In August, Burkman denied involvement but appeared to confess during a hearing New York hearing. When the judge asked whether he had been "acting alone or with anyone else prepared that message and caused it to be sent," Burkman replied in the affirmative.

Wohl and Burkman achieved internet infamy through a series of hapless attempts to tag their political enemies with absurd allegations of sexual impropriety, in which they coerced, paid or otherwise convinced real people to make the false accusations, often in slapdash news conferences held in the driveway of Burkman's Arlington, Va., townhome. An ill-devised but elaborate plot against former special counsel Robert Mueller collapsed in spectacular fashion, reportedly prompting the FBI to open an investigation into a fake intelligence company Wohl created for the purpose.

The New York Attorney General's office declined to comment. Burkman did not immediately respond to Salon's request for comment. Wohl replied to a text message seeking comment with: "???"

Listen to a recording of the robocall here.